The popular story line of Super Bowl XLIII was of course Mike Tomlin against Ken Whisenhunt and Russ Grimm. The man Dan Rooney chose to lead the Steelers vs. the men to whom he said, “thanks, but no thanks.”

Engrossing as that was, it wasn’t the true story. The real story was how would Dick LeBeau, one of the greatest defensive minds in league history, stack up against Whisenhunt, an emerging offensive wizard.

Heading home from the game I told my wife that if the truth were to be told, Whisenhunt out coached his former colleague. I repeated much the same on the phone to my folks at about 2:00 am Buenos Aires time. 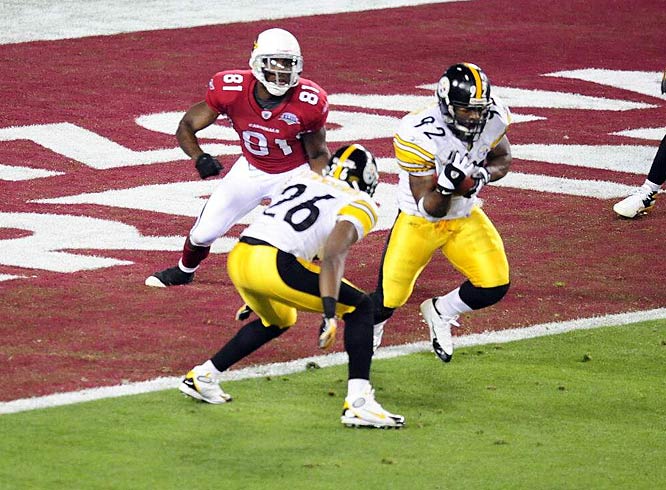 LeBeau vs. Whisenhunt: The Obvious Answer Isn’t Always the Right One

Browse though major sports sites, and that is also the story line the national media is pushing. But as is often the case, the first, seemingly obvious, answer is frequently incorrect.

For LeBeau partisans, the numbers do not paint a pretty picture. Kurt Warner passed for 377 yards, and three touchdowns. Larry Fitzgerald caught 6 passes for 127 yards and two touchdowns. Arizona scored 2 touchdowns inside of 10 minutes in the fourth quarter.

These are impressive numbers in any circumstance, and they look all the more impressive when you consider that Arizona did this against the NFL’s number one defense.

The Arizona Cardinals deserve ever pat on the back they get for almost engineering the greatest Super Bowl comeback in NFL history. Praise is justified.

But pats on the back are no substitute for a Lombardi Trophy, just as piling up more yards on offense will never supplant the most important stat: the final score.

So while we tip the hat to Ken Whisenhunt, Russ Grimm, and Todd Haley for making some really great adjustments, at the end of the day Dick LeBeau got the better of them.

It Is a Four Quarter Game

Because the almost greatest comeback was necessary in the first place.

The Arizona offense’s failure to get it done during the first 45 minutes is all the more inexcusable for the simple fact that the Steelers offense was leaving too many plays out on the field in the form of two field goals born out of three goal line situations.

Nor do Arizona’s stats indicate that Ken Whisenhunt won the chess match with Dick LeBeau. He and Haley certainly were on to something when they started running Larry Fitzgerald on intermediate routs in the middle of the field in the fourth quarter which unleashed the game’s best receiver. (Dare we ask if it was part of their strategy to wait so long?) Likewise, LeBeau’s decision to blitz more often in the second half backfired on him.

But if Arizona won these battles, LeBeau won a far more critical one.

Did James Harrison Make the Most Critical Defensive Play in Super Bowl History?

Arizona’s interception off a tipped ball as time was expiring in the first half was a gift-wrapped chance to take the lead going into halftime. Not only would they have taken the lead, but they would have taken the momentum going into a second half that would begin with the ball back in Kurt Warner’s hands.

As if on cue, LeBeau made his master stroke. If Dick LeBeau is master of anything, it is disguising coverage. Steelers piled up close to the line of scrimmage. It looked like LeBeau was going to bring the house. Kurt Warner read blitz, but James Harrison hung back into coverage. Warner did not see him. Warner threw the ball. Harrison saw the ball coming…

James Harrison executed, showing once again that he is a player with the will power to alter the outcome of a game.

So kudos to Harrison. You cannot coach that kind of innate ability.

But if you can’t coach that kind of talent in a player, you can position those players to make plays. The play functioned just as the zone blitz is supposed to. LeBeau put James Harrison in position to execute on a play that resulted in what was most likely a 14 point swing in the Pittsburgh’s favor. The Steelers ended up winning by four.

Yes it is true that this argument would be moot had Ben Roethlisberger, Santonio Holmes and the Steelers offense not authored one of the most dramatic closing drives in Super Bowl history.

But they did, just as the defense kept Warner and company bottled up for three quarters while the Steelers offense too often settled for field goals instead of touchdowns.

Through 18 games they only allowed one 300 yard passer, and only had six quarterbacks pass more than 220 yards.

Nonetheless, some pundits look at Kurt Warner’s 377 yards passing and say, “Gee, does this knock the Steelers defense down a peg?”

But Roger Staubach and his teammates on the Dallas Cowboys came pretty close to pulling off some of their own heroics against the Steel Curtain defenses in Super Bowl X and  again in Super Bowl XIII.

Does anyone say, “yeah, those Steeler defenses of the 70 were great, but Roger Staubach’s two fourth quarter almost comebacks reveal that the original Steel Curtain really had a rusted underbelly?”

This is what happens when offenses and defenses with All Pro, if not Hall of Fame, caliber players go up against each other in the Super Bowl.

Steel Curtain Rising will leave to others to debate the question as to whether or not Kurt Warner belongs in the Hall of Fame. But he is clearly one of the best big play quarterbacks the game has seen. Larry Fitzgerald is probably the best receiver in the football today. They both made great plays.

The Steelers defense also forced a couple of key three and outs, held Arizona’s rushers to 2.8 yards per carry, and made a great play of its own at a critical juncture. And Super Bowl XLIII ended with LaMarr Woodley’s strip sack of Kurt Warner.

How to judge which unit is best?

It was close, but in Super Bowl XLIII Dick LeBeau’s defense was better than Ken Whisenhunt’s offense.

Thanks for visiting. Please check out the rest of Steel Curtain Rising.

10 thoughts on “Super Bowl XLIII: Dick LeBeau vs Ken Whisenhunt – Who Won the Game Within the Game?”