Although the hype, pomp and circumstance, pontificating and subsequent “paralysis by instant analysis” can get tiring, let’s concede that this is a great day.

Soon enough (or perhaps not, if the lock out continues) these kids will get a chance to be tested by the best. But for now, everyone’s got a shot an doing when all of us dreamed about when we were 5 and 6 years old playing with a nerf or K-2 in backyards many years ago. 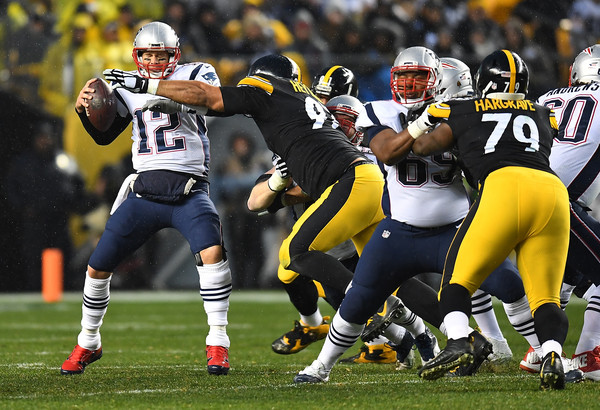 Here is the Pittsburgh Steelers 2011 NFL Draft class at a glance:

Potential on Paper to Meet Needs

Critics have howled from all corners at the Steelers failure to select a corner in the first or second round.

A 1st round corner would have been welcome indeed. But the need to inject youth into the defensive line is also a need, and players essential need to re-learn the positions they’re playing under John Mitchell. The Steelers may not “need” Cam Heyward in 2011, but they will certainly need him in 2012.

Many have criticized Marcus Gilbert as a reach, perhaps he will prove to be just that. Nonetheless, even if Willie Colon and Max Starks come back at full strength, the Steelers need help at tackle.

The Steelers walked away with a pair of corners, two mid-round picks in Curtis Brown and Cortez Allen. While some might think there are slim chances of finding a good corner in so late, remember that Ike Taylor was a 4th round pick.

In Chris Carter and Keith Williams the Steelers give themselves potential to add depth at one position which has quality but not quality depth, and another that has the reverse.

Baron Batch is being projected as a third down back, and he could spell the end of Mewelde Moore’s time in Pittsburgh.

Some of these guys are going to wash out, but for now let’s give these young men their day.