Thanksgiving is a wonderful holiday. It cuts across all colors, ideologies, and creeds. No on has commercialized it. It is one of the noblest of American traditions.

I sincerely hope that everyone reading this has many, many reasons to be thankful that are far more consequential than football or that have nothing to do with the Steelers. I certainly do, especially on this occasion.

In 2009 the Steelers were in the middle of their 5 game tail spin, yet the heart Rashard Mendenhall showed in saving a pick six in an otherwise ugly game at Kansas City was cause for thanks.

In 2010, Maurkice Pouncey, Emmanuel Sanders, and Al Everest and the resurgent special teams prompted Steelers Nation to give thanks.

Last year, as Hines Ward was waning, the clear emergence of Antonio Brown as a pass catching demon supplied the reason for Steelers Nation to give thanks.

Cornering the Market on the “Lake Effect”

For a long time the Steelers have searched and searched to find a capable corner to consistently man the slot opposite of Ike Taylor. Part of the reason was that the aging Deshea Townsend didn’t yield his spot as he was ‘supposed to.’ First he held off Bryant McFadden and then it was William Gay. 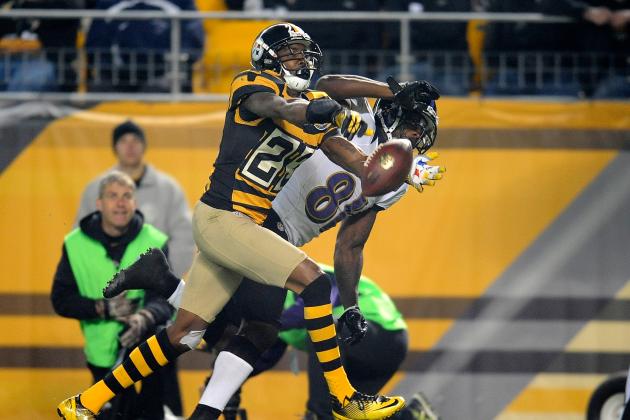 In this 2012 campaign, Keenan Lewis is giving every sign that he’s well on his way to realizing the potential the Steelers saw in him when they selected him in the third round of the 2009 NFL Draft.

As Rebecca Rollett from Behind the Steel Curtain reported, when Carnell Lake arrived as Steelers secondary coach, he learned that many of his compatriots had written Lewis off.

But Lake was hearing none of it, and took Lewis under his wing, and as result of what Ivan Cole (also of BTSC) the “Lake Effect” Lewis established himself as a legit number 3 NFL corner.

2012 has been Lewis’ year to shine, as he currently holds a wide lead over Ike Taylor in both tackles and passes defensed and, perhaps more importantly, has come up with the ability to be in the right place at the right time.

For that Steelers Nation can give thanks (and then add a prayer that we don’t lose him as a free agent.)

Happy Thanksgiving to all of you from “everyone” here at Steel Curtain Rising.