Perhaps its Kordell Stewart that gets the credit, but there’s greater reason to think that Hines Ward started it all. And for that, Steelers Nation has one more thing to thank No. 86 for.

Although he has not played a down for the Pittsburgh Steelers since their season-ending 2012 victory over the Cleveland Browns, James Harrison has prove to be the gift that keeps on giving for Steelers bloggers and journalists alike. 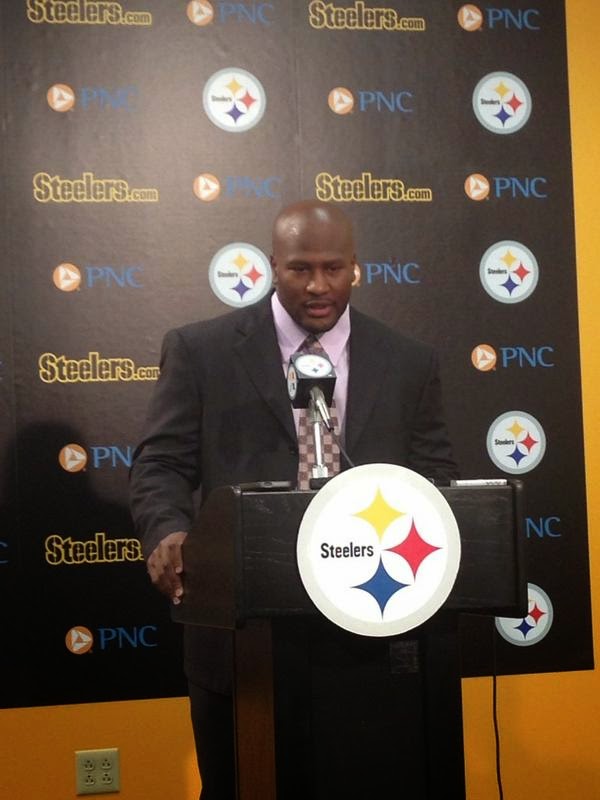 James Harrison of course returned to the Pittsburgh Steelers head quarters one final time to official announce his retirement. His unofficial retirement had come a week earlier via Facebook after he’d concluded a trip to Pittsburgh West, aka the Arizona Cardinals.

That story spawned a spat of coverage on Silverback. As did rumors in the spring that he might return to Pittsburgh. As did his signing with Cincinnati. As did his attempt to return to Pittsburgh when no one threw money at him only to be told “thanks but no thanks.” As did Harrison’s release after he declined to accept a salary cut. And you know what?

Few Pittsburgh Steelers have a story that is so compelling. Few have accomplished so much for the team, risen to such a level of dominance from such humble origins.

Steelers greats finishing their careers outside of Pittsburgh is nothing new. Franco Harris did it. In the 1990’s a slew of free agents did it, not the least of which were Rod Woodson, Greg Lloyd, and Carnell Lake. But usually they were not invited or even allowed back to “retire” as Steelers.

The Steelers of course released Hines Ward, but welcomed him back when Ward opted for retirement over playing in different colors. Then Kordell Stewart “retired” years after throwing his last pass. Joey Porter and Willie Parker followed suit later that summer. Regarding former players retiring as Steelers, Art Rooney II said this:

I have been asked over the years if a player who left the team could come back and call himself a Steeler. I think the answer to that is, depends. When you’re someone like James, who helped us win more than one championship and probably had the greatest play in Super Bowl history and certainly in Steelers’ Super Bowl history, there’s a bond between those teams that is unbreakable.

Amen to that. Thanks once again, Silverback. Steelers Nation forever stands in your debt.