“Mirror, mirror on the wall, who is the most despised in Steelers Nation of them all?”
“Why Todd Haley, of course.”

The Pittsburgh Steelers might 3-3, but the natives in Steelers Nation are getting mightly restless. While there are no shortages calls for the heads of Mike Tomlin, Dick LeBeau and even Kevin Colbert, no Steeler has been vilified more than Todd Haley.

His seemingly will-nilly “Today pass, tomorrow run” play calling in the Red Zone would begin any list. But if Haley does deserve some blame, then it’s fair to ask if too many fingers might be pointed in his direction.

And to begin answering that question, perhaps its best to take a look back in time, way back in time…

Fans remember Mike Tomlin’s first trip to Denver for the injury that exposed Ryan Clark’s sickle cell trait. It was also Tomlin’s second loss, and the beginning of a trend which would make Bruce Arians, rightly or wrongly, one of the most unpopular figures in Steelers Nation. 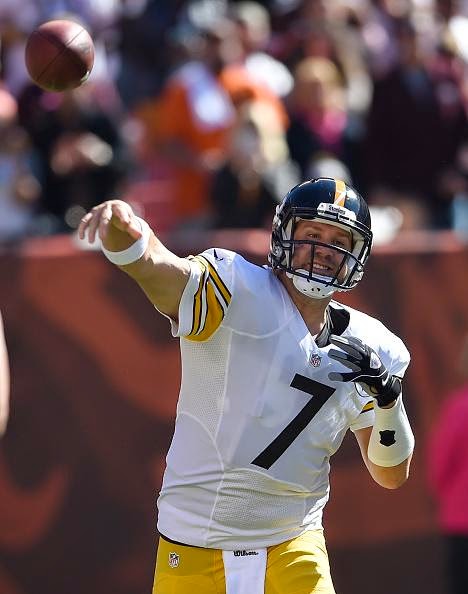 Ken Whisenhunt deserves credit for overseeing Ben Roethlisberger’s formative years, but in doing so he kept Ben on a short leash. Bruce Arians changed that, bringing him into the game planning process, and giving him greater freedom on the field.

The 2007 Denver Broncos had the NFL’s 30th rated run defense. The Steelers, with Willie Parker in top form, planned to exploit that weakness. Ben made no secret about that, “I told the wide receivers I’ll get my throws in before practice,” Roethlisberger said. “It might be the last throwing I do all week.”

The site Steelers Fever pointed out that the common thread in the Steelers two losses that year was Roethlisberger throwing for over 30 passes.

And perhaps that overlooked fact was the beginning of a trend that appears troublesome today….

2007 is a long, long time ago. Ben Roethlisberger and the Pittsburgh Steelers have won a lot of games since then not the least of which includes Super Bowl XLIII. Bruce Arians remained a lighting rod for controversy through it all for his refusal to use a fullback, being too pass happy, and for Ben taking too many sacks.

Sadly, things have gone downhill since then, but one of farthest reaching events of the day occurred on the sideline when Patriots offensive coordinator Bill O’Brien called out Tom Brady on the sideline.

Gerry Dulac of the Pittsburgh Post-Gazette has said that it was that scene that convinced Art Rooney II to force Mike Tomlin’s hand in firing Bruce Arians. Rooney’s exact reasons forcing Arians out are unknown, but Rooney’s concern about Ben taking too much punishment is well documented; it’s also well-known that Arians had zero inclination to push Ben to change.

Mike Tomlin hired Todd Haley, a coach not always known for his ability to work and play well with others. Ben and Haley talked the talk about getting along in 2012, but none other than Steelers Digest editor Bob Labriola outed the tension between the two.

Hints of Ben-Todd stories appeared in 2013, but nothing ever came of them as the Steelers offense improved, and indeed carried the team on the back end of its 6-2 finish.

2013 has arrived, and network commentators have gone at great pains to say how well Ben and Haley are getting along, and how the level of trust between the two has grown.

Over on Jim Wexell’s Inside the Steel City site “Matt C. Steel” has been issuing a steady, progressive and scathing critique of the Steelers offense. While Steel is critical of Todd Haley, he backs up his arguments with detailed analysis of the play calling.

In synthesis, Steel shows how the Steelers and Roethlisberger are best when balancing the pass and the run, and using play action from under center instead of the empty backfield sets and shotgun formations.

After the narrow victory over Jacksonville, Steel went a step further:

That ability to make something happen on play-action when the initial play isn’t there is why I believe he is one of the greatest play-action quarterbacks of all time. His propensity to want to hold the ball and try to make a play in a pass heavy, empty backfield/shotgun-heavy offense is why I believe he will likely never lead a top-5 scoring offense. He’ll make plays in those situations every now and then. But those situations are a ticking, drive-stalling time bomb. Every coach and coordinator since Bill Cowher left seems to want to appease the $100 million man who so badly wants to be viewed and treated in the same fashion as Peyton Manning and Tom Brady. No one seems to be willing to tell the franchise what is best for him. [Emphasis added]

Steel may have been the first to voice such thoughts in print, but he is hardly alone.

Neal Coolong of Behind the Steel Curtain pointed out that, vs. Cleveland, Roethlisberger changed numerous plays at the line of scrimmage, and his film review showed that at least one of those played right into the Browns hands.

Now that they’ve become much closer, and there’s a whole lot of trust there, some people around the league are like, ‘Is there too much trust? Is Todd deferring too much to Ben?’ And too many decisions are being made at the huddle or right at the line of scrimmage, and that has something to do with the lack of offense. I think those are valid questions to ask.

It is hard to really assess Canfora’s arguments without knowing who “some people around the league” are, but a pattern has emerged.

Clearly, and offense cannot succeed when the offensive coordinator and the quarterback are at each other’s throats. Steelers fans with long memories will recall the days of Bubby Brister and Joe Walton, or of Kordell Stewart and Ray Sherman and/or Kordell and Kevin Gilbride.

Ben Roethlisberger is a successful quarterback precisely because of his ability to improvise and his ability to make plays under the gun (see Super Bowl XLIII.)

But it also seems to be clear that Ben is truly at his best when he can do that, but with someone who can and will occasionally say “No” to him.

Mike Tomlin’s duty is find a way to strike that balance. The Steelers success or failure the remainder of 2014 will hinge on his ability to do so.