It’s been a good week for James Harrison. By his own admission, Harrison has come along slowly since coming out of “retirement” in the wake of Jarvis Jones injury. But each week he appeared to get closer to the quarterback.

In the Steelers win vs. the Colts, Silverback struck gold, registering his first sack of Andrew Luck. Things improved by mid-week, as the Elias Sports Bureau took away Troy Polmalu’s sack and credited it to Harrison, giving him two on the day and giving him 15 two-sack games as a Pittsburgh Steeler – more than any other Steelers save for LaMarr Woodley or Jason Gildon.

While that’s good to see, it is not nearly as important as the service that Harrison performed for Steelers Nation. Scott Brown of ESPN asked Harrison about the middling ranking that the Steelers defense currently has. 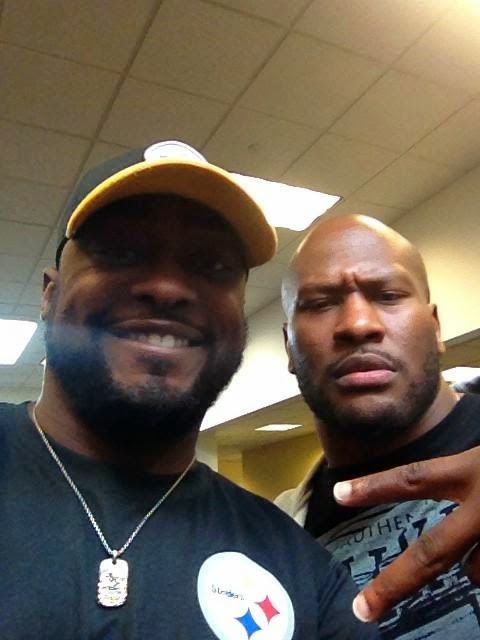 Harrison was quick to admit that the Steelers have issues on defense which needed to be fixed, but he minced no words when it came to the issue of “the game passing by”Dick LeBeau, commanding:

It’s nothing about Dick LeBeau is getting too old. You’ve got a bunch of idiots that don’t know what they’re talking about when they say that so I do take it a little personal. [Emphasis added]

Thank you James, thank you very much.

Let’s concede that there are kernels of truth behind the arguments put forth by the “Fire Tomlin,” “Fire Haley,” “Fire LeBeau,” “Fire Colbert,” and “Fire the Rooneys” crowed that has dominated Steelers Nation during the 5-3 start to the 2014 season.

But one of the most preposterous suggestions is that somehow the NFL has cracked the ZoneBlitz and/or that Dick LeBeau suddenly forgot how to breakdown an offense. As Scott Brown observed the Steelers defense’s drop comes after “playing it at an absurdly high level for the better part of a decade.”

Dick LeBeau could decide to hang it up after this year. The man is 77 after all, although he doesn’t look it. But if he does, he’ll be doing so while stepping down as one of the game’s greatest defensive geniuses ever.