One of the Steelers most interesting free agent decisions in 2015 not only involves a player who didn’t hold a spot on their 2014 opening day roster, he was officially out of football for the first 3 weeks of the season. That free agent would of course be outside linebacker James Harrison. 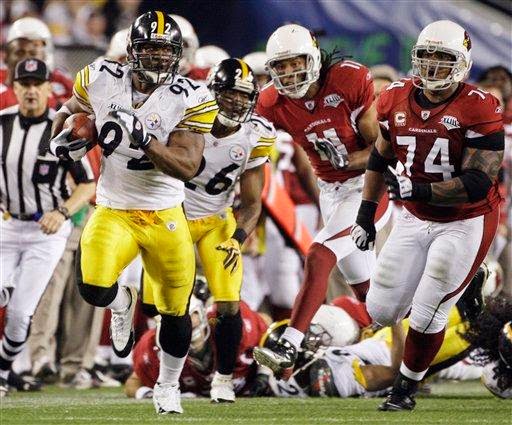 Capsule Profile of James Harrison with the Steelers

Is there a player who has done more than James Harrison with the Pittsburgh Steelers? Steelers Nation would be hard pressed to come up with one. Consider this, since the Steelers 2002 training camp at St Vincents James Harrison has:

Yes ladies and gentlemen of Steelers Nation, James Harrison has done it all….

The Case for Keeping James Harrison in 2015

…The question is: Can Harrison still do more for the Steelers? Will James Harrison return to the Steelers in 20015?

There’s a lot of evidence to suggest that he can. When the Steelers resigned James Harrison after Jarvis Jones broke his wrist vs. Carolina, it was looked at as a “In case of emergency, break the glass” type of emergency. After all, the Steelers were literally down to two outside linebackers – Jason Worilds and Arthur Moats.

But as he worked himself back into playing condition, James Harrison showed he had plenty left in the tank. He registered two sacks vs. the Colts. And then another two vs. the Ravens in Prime Time. Vs. the Kansas City Chiefs, the Steelers defense’s best game of the season, Harrison added another 1.5 sacks.

Before his departure in 2013, Behind the Steel Curtain reviewed a similar situation the Steelers faced in 1995 after Kevin Greene’s contract expired. Greene showed no signs of slowing, and the Steelers felt Jason Gildon was ready to play.

Greene went on to play 4 more years and record another 52 sacks with the San Francisco 49ers and Carolina Panthers.

The Case Against Keeping James Harrison

The Steelers appear to be committed to retooling their defense in 2015. Dick LeBeau is gone, and Keith Butler is now calling the shots on defense. You don’t renew your defense with 37 year old veterans.

And that’s assuming Harrison wants to play. He had to be coaxed back into the game by Brett Keisel, Ike Taylor, and Troy Polamalu. The odds are at least two if not all three of those players will be gone next year. The Saints game marked the first time Harrison, Taylor, Polamalu and Keisel had played together since 2012.

The “Get the band back together” moment for the Steelers defense lasted less than a full game.

Injuries felled Keisel and Polamalu, and Taylor only had one game left, his last play saw him toasted by the Bengals. The naked truth is the Steelers defense got better after that game. Yes, Harrison played part of that improvement, but the shift on the defense was underway.

It is really hard to know what will happen with Harrison, should he indicate he wants to play.

Truthfully this is a player who still has something to give, at a position area where the Steelers only have an unproven Jarvis Jones under contract.

The word is that Jason Worilds isn’t going to be back. Some of those say tea leaf readers are also saying that Harrison won’t be back because the Steelers want to go with youth for the sake of youth.

That’s fine. But James Harrison knows how to win games, and if he wants to play then Mike Tomlin, Keith Butler, and Joey Porter should find a place for him.

Thanks for visiting. Click here for more of the Steelers 2015 Free Agent Focus.