In only 8 days the NFL Draft will hit the road for the first time in its history, as the draft tour makes its debut in Chicago. The Pittsburgh Steelers of course have been drafting players since 1933 and today we’ll look at their needs at Safety heading into the 2015 NFL Draft.

In just two seasons the Steelers have gone from having one of the most well-defined depth charts in franchise if not league history, to relative mystery. Steelers legend Troy Polamalu has of course retired Troy Polamalu, which will leave Mike Mitchell as the secondary’s incumbent starter at safety.

The Steelers signed Mike Mitchell on the first day of free agency in 2014 to much fanfare.

Since then Mitchell hasn’t delivered, and has become more well-known for his social media tirades than anything else. But it’s too early to writeoff the decision to sign Mitchell as a mistake. He played the season with a groin injury and, quite frankly, appeared to play better with Will Allen in the line up at season’s end than he did with Polamalu.

Ever since the Steelers traded up to draft Shamarko Thomas, Thomas has been Troy Polamalu’s heir apparent. Early on coaches could not say enough good things about him. He was even used in the slot as a rookie, but that ended after the debacle at New England. 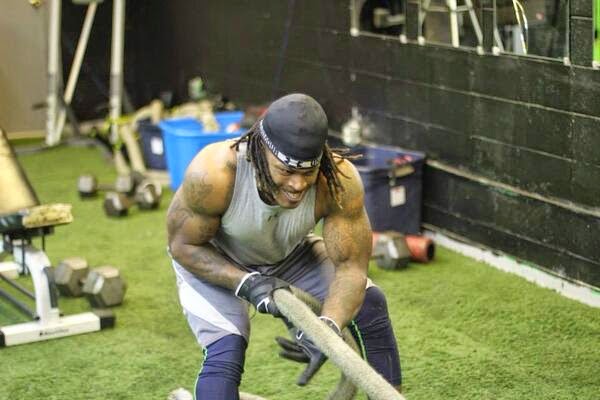 Shamarko Thomas working out in the off season

Thomas got injured as a rookie, and could not reclaim his backup role from newly returned Will Allen. Injuries also hampered Thomas’ sophomore season, and he didn’t log a defensive snap. Mike Tomlin explained it away as Thomas being “unable to get back on the train” but one can only wonder why the team didn’t find a way to work him into the defense, especially late in the year when Polamalu was inactive.

Heading into his third season Shamarko Thomas remains a HUGE question mark for the Steelers at Safety.

Analyzing Steelers Depth at Safety – the Back Ups

Behind Thomas the Steelers have returning veteran Will Allen, restricted free agent Robert Golden and Chartiers Valley high school graduate journey man Ross Ventrone. It was once whispered that Golden could threaten Ryan Clark’s roster spot, but the challenge never materialized, and in fact mainly been aspecial teamer since then.

For the record, the Steelers also have Jordan Dangerfield, Alden Darby, Isaiah Lewis, and Ian Wild under contract at safety but these are all second year players whose main hope at this point is that they hang on to their roster spots long enough to be allowed to unpack their bags and participate in the run test to open training camp at St. Vincent’s Latrobe.

Priority Status of Safety for Steelers in 2015 NFL Draft

At safety the Steelers have bodies aplenty and potential aplenty. What they lack is a single proven player. That’s not good, and given those questions marks, the priority status of safety for the Pittsburgh Steelers in the 2015 NFL Draft must be considered Moderate High.