NFL franchises that win multiple Super Bowls put themselves into elite company. They’ve been 49 Super Bowls won by 20 different NFL teams. Of those 20 different teams, 12 franchise took home multiple Lombardi trophies. Together those 12 teams account for 42 of the 49 championships.

In other words, 12 teams out of the NFL’s 32 account for 85% of the league’s championships. And yet, there’s an even more elite echelon – the best of the best, if you will. There are 3 teams in the Super Bowl era who an rightly lay claim to the mantel of Dynasty:

Each of these 3 teams fielded a Hall of Fame caliber quarterback, was led by an innovative head coach, had a superior scouting and personnel operation and each won 4 Super Bowl Championships.

Steelers, 49ers, Patriots and the Debate to Define the NFL’s Greatest Dynasty

Among the three fan bases debate rages over which team was the best of the best. 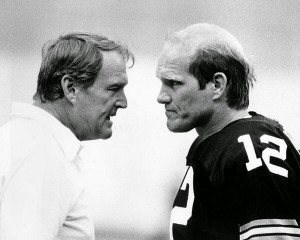 The Steelers Nation’s rallying cry has been “4 Super Bowls in 6 years,” that Steelers contributed more players the NFL’s 75th Anniversary team than any other, and in number of Super Steelers inducted into the Hall of Fame.

49er fans point to the superiority of their quarterback, to the revolutionary changes Bill Walsh brought to the game, and to the still growing cadre of successful disciples that he spawned.

Patriots fans point to their 7 Super Bowl appearances and 4 victories during the age of free agency, when amassing and keeping talent the way the Steelers and 49ers did is simply impossible.

Human beings crave clarity by nature. Sports fans therefore demand to know who is history’s true champion. Alas, history denies the mere possibility of a definitive answer. This is true of all sports, but more so in football, because so much changes in the NFL from era to era. Meaningful comparisons simply become impossible.

Had they faced off before the rule that bears his name been instituted, Mel Blount would likely have tamed Jerry Rice. But by the same token, Gerry Mullins, whose mid-season weight often dropped to around 220 pounds, would have been dominated by the 49er’s Michael Clark, who tipped the scales at near 300.

But those debates are fun, and Steelers fans and 49er’s fans have been waging them ever since San Francisco’s Super Bowl XXIV blowout over the Denver Broncos. And those debates will continue for as long as fans from both teams are around to wage them.

Bill Belichick and Tom Brady’s New England Patriots have handed football historians the necessary objective criteria to permanently lower themselves a notch below the Steelers of the 70’s and the 49ers of the 80’s.

And while Spygate tainted the Patriots record, the fact that they remained competitive after getting caught mitigated their past crimes for some, although as many pointed out, the Patriots lost their 1st two post-Spygate Super Bowls.

The Wells report thoroughly investigated and documented the footballs that mysteriously deflated during the Patriots playoff rout of the Colts. It is now clear that the act was deliberate, that the balls were deflated by members of the Patriots staff, that the deflation of balls happened outside of NFL procedure and behind the backs of the officials, and that Tom Brady knew about it and quite probably requested it.

Of course, superior talent and not deflated balls drove the Patriots blowout over the Colts just as mind numbing special teams incompetence and Ben Roethlisberger’s rookie mistakes and not stolen signals doomed the Steelers in their AFC Championship losses.

The rules of the game establish a baseline of acceptable practices to ensure a level playing field that does not allow any team or individual to gain unfair advantage. The New England Patriots have now been caught red handed breaking those rules. Twice.

These are not isolated incidents. Bill Belichick’s illegal signal recording occurred for 8 straight seasons. The Colts knew, in part, to check the pressure of the Patriot’s footballs because they’d been tipped off to it. And as the book The Untold Story of Spygate, reveals, there are any number of other irregularities tied to the Patriots. How much else is going on that we don’t know about? 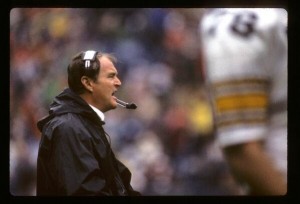 Let the “Who was better” debate between Pittsburgh Steelers fans and San Francisco 49ers fans rage on. Let the 49er fans argue for their team’s supremacy based on how the Bill Walsh coaching tree and West Coast offense has been come the NFL’s gold standard of excellence, as Steelers Nation counters by reminding that Chuck Noll and Mark Malone defeated Bill Walsh and Joe Montana. Twice.

No one ever accused Chuck Noll, Terry Bradshaw, Bill Walsh or Joe Montana of violating the integrity of the game. They established their dynasties cleanly and won their Super Bowls fair and square.

In contrast Deflategate tarnishes the Patriots legacy and Bill Belichick and Tom Brady will forever carry the stigma and shame of being cheaters.