As we celebrate July 4th its appropriate for Steelers fans to reflect Scott Paulsen’s Steeler Nation, something highly relevant to our nation. To put Paulsen’s seminal work into context, we must first take a step back:

January 2006 – Bill Cowher’s Pittsburgh Steelers, left for playoff dead in early December, defied the NFL by squeaking into the playoffs by winning their final four games. Pittsburgh opened with a playoff road win vs. Cincinnati. They followed by upsetting the Indianapolis Colts.

The 2005 Colts juggernaut had been anointed  as “The Team of Destiny.” Then, before Christmas, the son of Colt’s coach Tony Dungy, tragically took his own life.

Dungy, who defines the concept of “Class Act,” found the entire NFL rallying around him, making the Colts the sentimental NFL favorite. And yet, leading up to their AFC Divisional playoff game vs. the Steelers, the Indianapolis Colts ticket office made a peculiar announcement:

That’s right, Colts were set to play the biggest game in the franchise’s Indianapolis history, and yet they still struggled to keep Steelers fans out of their stadium. The sight of Steelers fans invading opposing NFL venues had been common since the mid 1990’s – Dan Rooney traces it a 1994 road game in Arizona – but the movement was clearly gaining momentum.

WDVE’s Scott Paulsen changed it all in just over 900 words with his seminal “Nation Building” essay released shortly before the Steelers AFC Championship Game vs. Denver.

Paulsen’s piece spread like wildfire in cyberspace, yet was not to be found in a Google search nor did it turn up on WDVE’s site. Fortunately, an Inbox cleaning effort turned up a copy Paulson’s “Nation Building,” and Steel Curtain Rising now offers it here, for everyone in Steelers Nation to enjoy.

Think about this the next time someone begins to argue with you that a professional sports franchise is not important to a city’s identity:

In the 1980’s, as the steel mills and their supporting factories shut down from Homestead to Midland, Pittsburghers, faced for the first time in their lives with the specter of unemployment, were forced to pick up their families, leave their home towns and move to more profitable parts of the country. The steel workers were not ready for this. They had planned to stay in the ‘burgh their entire lives. It was home. 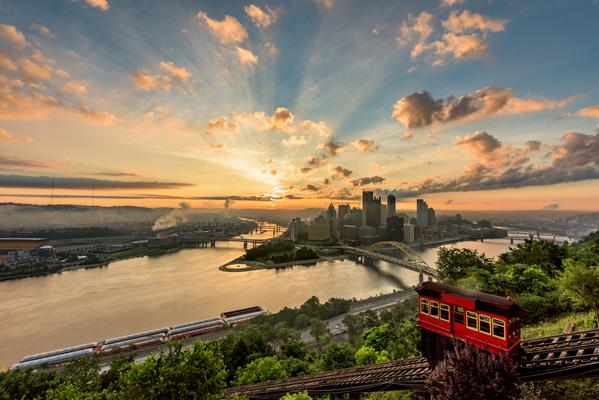 Everyone I know can tell the same story about how Dad, Uncle Bob or their brother-in-law packed a U-Haul and headed down to Tampa to build houses or up to Boston for an office job or out to California to star in p_rn vide_s.

At this same time, during the early to mid-eighties, the Pittsburgh Steelers were at the peak of their popularity. Following the dynasty years, the power of the Steelers was strong. Every man, woman, boy and girl from parts of four states were Pittsburgh faithful, living and breathing day to day on the news of their favorite team. Then, as now, it seemed to be all anyone talked about.

The last memories most unemployed steel workers had of their towns had a black and gold tinge. The good times remembered all seemed to revolve, somehow, around a football game. Sneaking away from your sister’s wedding reception to go downstairs to the bar and watch the game against Earl Campbell and the Oilers – going to midnight mass, still half in the bag after Pittsburgh beat Oakland – you and your grandfather, both crying at the sight of The Chief, finally holding his Vince Lombardi Trophy. Good times baby …. good times.

One of the unseen benefits of the collapse of the value systems our families believed in – that the mill would look after you through thick and thin – was that now, decades later, there is not a town in America where a Pittsburgher cannot feel at home.

Nearly every city in the United States has a designated “Black and Gold” establishment. From Bangor, Maine to Honolulu, Hawaii, and every town in between can be found an oasis of Iron City, chipped ham, perogies, kilbosa, and yinzers. It’s great to know that no matter what happened in the lives of our Steel City refugees, they never forgot the things that held us together as a city – families, food, and Steelers football.

You see it every football season. And when the Steelers have a great year, as they have had this season, the power of the Steeler Nation rises to show itself stronger than ever. This week, as the Pittsburgh team of Ben Roethlisberger, Troy Polamalu, Jerome Bettis and Joey Porter head to Denver, the fans of L.C. Greenwood, Jack Lambert, Rocky Bleier and Mel Blount, the generation who followed Greg Lloyd, Yancey Thigpen, Rod Woodson and Levon Kirkland will be watching from Dallas to Chicago, from an Air Force base in Minot, North Dakota, to a tent stuck in the sand near Fallujah, Iraq.

I have received more email from displaced Pittsburgh Steelers fans this week than Christmas cards this holiday season.

And now, it’s passing from one generation to the next. The children of displaced Pittsburghers, who have never lived in the Steel City, are growing up Steelers fans. When they come back to their parents’ hometowns to visit the grandparents, they hope, above all, to be blessed enough to get to see the Steelers in person.

And if a ticket isn’t available, that’s okay, too. There’s nothing better than sitting in Grandpa’s living room, just like Dad did, eating Grandma’s cooking and watching the Pittsburgh Steelers.

So, to you, Steeler Nation, I send best wishes and a fond wave of the Terrible Towel. To Tom, who emailed from Massachusetts to say how great it was to watch the Patriots lose and the Steelers win in one glorious weekend. To Michelle, from Milwaukee, who wrote to let me know it was she who hexed Mike Vanderjagt last Sunday by chanting “boogity, boogity, boogity” and giving him the “maloik”. To Jack, who will somehow pull himself away from the beach bar he tends in Hilo, Hawaii, to once again root for the black and gold in the middle of the night (his time), I say, thanks for giving power to the great Steeler Nation.

All around the NFL, the word is out that the Pittsburgh Steeler fans “travel well”, meaning they will fly or drive from Pittsburgh to anywhere the Steelers play, just to see their team. The one aspect about that situation the rest of the NFL fails to grasp is that, sometimes, the Steeler Nation does not have to travel. Sometimes, we’re already there.

But they did, in a completely unintended way, create something new and perhaps more powerful than an industry.

They helped created a nation. A Steeler Nation.

From Steeler Nation to Steelers Nation

Nearly ten years later, reading Scott Paulsen’s epistle still raises the hair on the back of my neck.

His term “Steeler Nation” took on a life of its own, morphing into “Steelers Nation” and has been the subject of books and documentaries since then. The movement continues, with the sight of Steelers fans dominating opposing stadiums becoming more and more common.

And as the nation celebrates July 4th, as Steelers fans let’s give thanks to Scott Paulsen and WDVE for giving our nation its name.