Those days have long passed and 2015 actually marks the 14th consecutive year yours truly will spend Thanksgiving outside of the United States. Thanksgiving traffic could make the I-270/I-70/Pennsylvania Turnpike/Parkway circuit quite stressful, but it was a more manageable haul than Buenos Aires-to-Maryland.

As we have every year since 2009, Steel Curtain Rising takes stock of the Pittsburgh Steelers, and gives Steelers Nation something Steelers-related to give thanks for. And this year we’re giving thanks for “The Understudies” DeAngelo Williams, Will Allen, Cody Wallace, and Alejandro Villanueva. 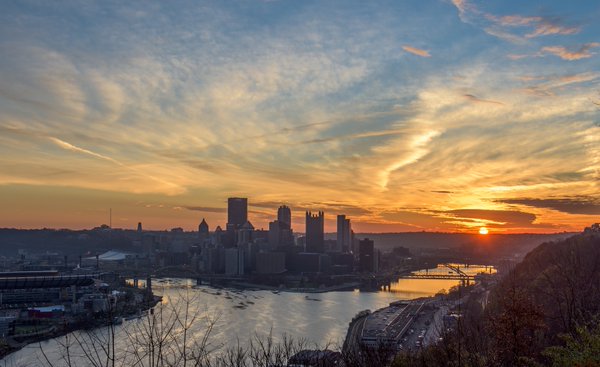 Success in today’s NFL means preparing for the unexpected, which is, by definition, difficult. Unless you get really lucky, the question isn’t “If” a star player is going to injured, but “When.”

The Steelers opened the 2013 season without their starting running back and their top two tight ends, and, by the third quarter, had lost their center, right cornerback, third down back and right inside linebacker.

ESPN might exaggerate, but at quarterback alone Pittsburgh has seen Ben Roethlisberger on the cart twice, and watched both Michael Vick and Landry Jones come out of games, never mind Bruce Gradkowski’s ten day journey from the PAP list to the IR list.

Fortunately, thanks to the role of understudies, the 2015 Steelers have been able to adapt and overcome.

A year ago Le’Veon Bell‘s injury left Steelers entering the playoffs with their pants down. Unfortunately Bell was injured again this year, but fortunately the Steelers have been ready thanks to DeAngelo Williams.

The NFL has always been a “young man’s game” but that statement is more true at running back now than it ever has been. Perhaps its appropriate to say that “26 is the new 30” for NFL running backs. Running backs just don’t play for very long. The Steelers know this. Their top three running backs from 2012 (Rashard Mendenhall, Jonathan Dwyer, and Isaac Redman) were out of football by 2014.

When the Steelers signed him from the Carolina Panthers, DeAngelo Williams was 32, had nine seasons, and had rushed the ball one thousand four hundred and thirty two times. On paper, that would seem like a very risky proposition.

In Bell’s absence, Williams just hasn’t held his own he’s helped move the Steelers offense forward. (Oh, yeah, and as the embedded Twitter video shows, DeAngelo Williams is a pretty good blocker too….)

Will Allen, the Under Appreciated Steelers Understudy

Has there been a more under appreciated Pittsburgh Steeler in recent memory than Will Allen?

You’d have to make a really strong case to convince me. We’ve told Will Allen’s story here before:

2015 was supposed to be Shamarko Thomas’ year to shine. The Steelers, in fact, let Will Allen hang in free agency until Troy Polamalu retired. Instead, the Steelers have benched Thomas and started Will Allen and Allen has been a source of strength, leadership and stability for the Steelers secondary.

Wallace & Villanueva: The Offensive Lineman No One Else Wanted

“There’s a reason why no one else wanted him….” That’s a stock response Steelers fans hear any time a fan ask “Why hasn’t Pittsburgh signed [insert player sitting at home] yet.” Sometimes it’s true. I confess to using it myself on more than one occasion.

But Kevin Colbert has a keen eye for seeing upsides on struggling player that other NFL general managers miss. And ten games into the 2015 season, the Pittsburgh Steelers offensive line is starting two of them.

In September 2013 things did not look good for Cody Wallace. 2009 saw him suit up for one game with the San Francisco 49ers who’d drafted him in the 4th round. Spent 2010 getting signed and cut by the Jets and Lions but never played for either. In 2011 he held practice squad and a roster spots with the Houston Texans. Tampa Bay picked him up in 2012 where he played in 8 game, but the Buccaneers cut him before the 2013 season.

But Kevin Colbert saw something in Wallace he liked, brought him to Pittsburgh, and Wallace has started 16 games and counting for the Steelers. Yes, Wallace poor technique has been cited by those who know more than I do, and he earned a spot as one of 6 Steelers who need to step up. But Cody Wallace has generally been soild for the Steelers.

Alejandro Villanueva’s story is well known. Son of a Spanish immigrant who grew up an Army brat. Four year player at wide receiver, offensive tackle, and defensive tackle for West Point. US Amry Ranger who served multiple tours of duty in Afghanistan. And now, after one year on the practice squad, he’s the Steelers starting left tackle.

Villanueva struggled in his first start, and still has a lot to learn, but thus far he’s avoided being a liability.

So in 2015 Steelers Nation can give thanks for the Steelers Understudies, DeAngelo Williams, Will Allen, Cody Wallace and Alejandro Villanueva.

But, while the Steelers are important to me and the fact that you’ve read this far says they’re important to you too. But Steel Curtain Rising’s real Thanksgiving wish for everyone has nothing to do with the Pittsburgh Steelers, and to that end we sincerely hope that all of you reading this have no-shortage of non-football reasons tied to good health and that of your family and friends to give thanks.