Although he’d stepped away from his microphone over 15 years ago (can it really be that long…?), Ken Beatrice offered Steelers fans in suburban Maryland, DC and Northern Virginia a vital lifeline to information about their beloved Black and Gold during the pre-internet years.

This Ken Beatrice obituary not only remembers and praises him for keeping Steelers fans informed, but also memorializes and salutes him for simply being the person he was. Before It Had Google, Washington Had Ken Beatrice

If you’re under say, 35, it is probably hard to remember or even imagine the type of sports media landscape in which Ken Beatrice’s signature show “Sports Call” thrived.

Today, living 6,000 miles away from Pittsburgh, if thanks to Direct TV’s live pausing, I happen to be watching a Steelers game 2-3 minutes behind real time I’ll know if the Steelers score a touchdown because my upstairs neighbor bangs on the floor….

…During much of Beatrice’s tenure, a Steelers fan who wasn’t watching another game on Sunday and who missed the evening news might need to wait until the Washington Post got delivered the following morning to find out how Chuck Noll’s ’84 Steelers fared against Bill Walsh’s 49ers. And if you weren’t sure who your favorite team’s third string running back was, you didn’t have Google so you called Ken Beatrice.

WMAL was the Redskins flagship station during most of Beatrice’s time there, and the station made no bones about giving priority coverage to the Redskins and other area teams.

On any given night, for every 3 or 4 fans that called with questions about the Terrapins, Bullets, Capitals or Orioles (sorry Malcolm) or other DC-area teams, Ken would take 1-2 calls from fans wanting to know about the Chicago Cubs, the Seattle Supersonics, Houston Oilers, Hartford Whalers or Duke Blue Devils.

More recently Leonard Shapiro of the Washington Post recounted how a fellow journalist called in and asked about non-existent Penn State Linebacker’s draft prospects only to have Ken adlib his answer, down to given heights and weights of a player who didn’t exist….

But if Ken did fudge it at times and apparently outright fake it at others, he should rightly be remembered for the depth and breadth of his knowledge rather than the gaps in it.

Ken Beatrice’s ability to act as a human sports database was remarkable enough. But that’s not what truly endeared him to his loyal listeners. 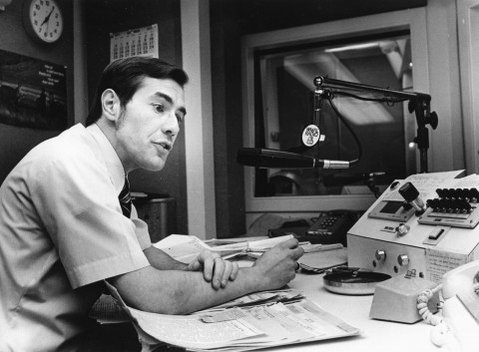 Ken Beatrice’s Sports Call was about the callers. Or put more precisely his “guests,” which is how he treated his audience. He never had silly contests. Beatrice never delved into gimmickry prize give-aways to attract attention, and he gave each caller a good 5 or 6 minutes. He even gave out is office number.

Ken Beatrice would have a hard time succeeding in today’s sports talk radio because Ken was everything today’s “Shock Jocks” are not: Polite to a fault, respectful of disagreement, and patient with callers of all stripes.

Yes, Ken Beatrice could get overbearing with his opinions, but he welcomed reasoned and vigorous discussion with callers who thought differently than he did. He didn’t cut callers off or hang up on them.

Thanks to the magic of YouTube, we have a sample of Beatrice at his best (available as of 12/12/15):

Keep in mind, this call would have had to have been made during the 1993 off season. He was sitting in Washington DC, on the opposite end of the country from Phoenix, Arizona and he had neither a tablet, nor a laptop to get his information. (Note his glowing evaluation of former Pittsburgh Steelers inside linebacker Tyronne Stowe.)

Night after night, year after year Ken answered call after call like the one you can listen to above. He claimed his mission was to help people enjoy sports more, and that was certainly the case with me, because in a pre-dot.com world he was one of the only places to turn for information about the Steelers.

Ken Beatrice on the Steelers

I have my own experience with Ken Beatrice fudging it when it came to the Steelers. To win a bet with a roommate I once called him to clarify which play was the “Immaculate Reception” and which was “The Catch.”

But that was a momentary lapse, as both before and after that I heard him correctly debate whether the ball had touched Frenchy before Franco Harris caught it. And I learned a lot about the Steelers in the years before I could get it from the internet.

For example, in the late 80’s, Beatrice informed that the Steelers wanted to move Gerald Williams from nose tackle to defense end, a switch that didn’t happen until Joel Steed broke the starting lineup in 1993. A year later, Ken Beatrice also correctly predicted that 1994 would be Eric Green and Barry Foster’s final seasons in Pittsburgh.

He was also adamant that Joe Greene would be an exception to the “rule” that naturally talented players would make poor head coaches. Now Greene’s tenure as a Steelers assistant coach seems to suggest otherwise, but Ken made a sound argument.

During Bill Cowher’s rookie training camp, Ken also gave a clue that Huey Richardson could be in trouble, when he told me that should either David Little or Hardy Nickerson get injured, the Steelers should turn to rookie Levon Kirkland and not Richardson.

Ken had his quirky opinions with regard to the Steelers. He regularly insisted that both cornerbacks Delton Hall and Chad Scott should have been safeties, although the later opinion was validated (indirectly) years later by Bob Labriola who shared that many Steelers coaches felt the same about Scott.

While Beatrice was generally a fan of Tom Donahoe’s scouting and drafting ability, he quickly labeled their decision to pick Scott Shields in the second round of the 1999 NFL Draft as “Inexplicable,” and again Ken was right on the money:  Scott Shields was a bust.

These Steelers tidbits from the ‘80’s and ‘90’s might sound trivial by today’s standards, but the fact is that Steelers fans living in the Washington DC area in the pre-internet world had no other way to get information on their team.

Ken Beatrice filled that void, not only for Steelers fans, but for fans of out of town teams of every sport and every stripe every night of the week.

A few days after the 2000 NFL Draft news rocked the Washington DC sports landscape – Ken Beatrice was calling it quits. 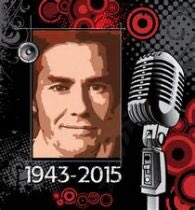 I learned of the news in a monologue from Tony Kornheiser who, although he’d been a long time Beatrice nemesis, praised Beatrice for being one of Washington’s sports radio pioneers. Kornheiser argued that it was the consistent ratings drawn by Ken Beatrice’s Sports Call that led to the establishment of WTEM, DC’s first All-Sports station.

No reason was given for the retirement at age 56. Some reports suggestd that it may have been health related. In a comments discussion on BTSC, a former employee of ABC News once suggested that Beatrice was forced out. Who knows what his reasons were?

Beatrice lived out his retirement in Annapolis and then Northern Virginia and he would surface in the DC area sports media landscape from time to time and also worked as a lector at St. John the Evangelist Church in Warrenton, Virginia. Beatrice continued to support charities, such as the Juvenile Diabetes foundation. He also did part-time post-Redskins game analysis for WBIG in the early 00’s.

Although he hadn’t been on the air for a decade and a half, there isn’t one of his former listeners who will fail to miss him.