The Pittsburgh Steelers star running back Le’Veon Bell has lost the appeal of his failed drug test, and will be suspended for the first three games of the Steelers 2016 season. 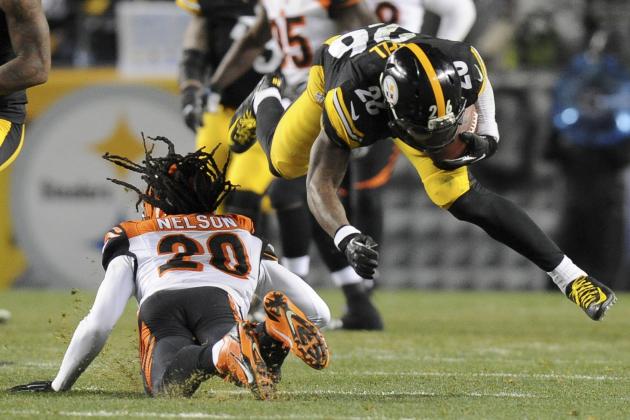 Le’Veon Bell first ran afoul of the NFL’s substance abuse policies in July of 2013 when he an LeGarrettee Blount were caught driving while smoking marijuana. The NFL initially suspended Bell for 4 games, a suspension which was later reduced to 2. Since then Bell has said all of the right things, and was even offered up as an example for Martavis Bryant, who is struggling with marijuana addiction.

Bell went so far as to mock the random drug tests he got in April 20th:

When Steelers OTA’s began, Le’Veon Bell assured reporters he would be ready for Pittsburgh’s season opener the focus was on the recovery from the knee injury he suffered at the hands of Cincinnati Bengals thug linebacker Vontaze Burfict in the Steelers loss to the Bengals at Heinz Field last fall.

Then in the middle of June “rumors” began:

Given that the source of the rumors was sports shock jock Mark Madden – the same Mark Madden who once labeled Ike Taylor as the “Steeler worst 4th round pick ever – and give that Bell vehemently denied the rumors, the story died.

Until Steelers training camp began, and word leaked that Bell was in fact facing a four game suspension for skipping drug tests. Bell did not disucss the incident much during preseason, although there were indications that the Steelers felt confident he might win his appeal.

We are disappointed Le’Veon Bell has been suspended three games to start the 2016 season. We will continue to support Le’Veon, but we acknowledge this mistake has put the team in an unfortunate position. We will continue to work with Le’Veon to help him eliminate distractions in his life so he can reach his full potential as a member of our community as well as a player for the Pittsburgh Steelers.

In a video posted on Twitter, Bell sought to explain the situation to fans, although that video has since been deleted.

The news was not all bad for both Le’Veon Bell and the Steelers. As Mike Garafolo of NFL.com has pointed out:

Staying in the same stage of the program means Le'Veon Bell's next suspension would also be four games, not 10. Decent deal for him.

Getting his suspension reduced by 25% is a plus for both Bell and the Steelers, and Bell staying in the same stage of the NFL’s substance abuse policies is also important, as a further incident would only cost him four games, as opposed to 10.

With Bell out for the Steelers matchups against the Washington Redskins, Cincinnati Bengals and Philadelphia Eagles, DeAngelo Williams will once again take the helm as the Steelers starting running back.

However, Bell’s absence is a boon for Fitzgerald Toussaint and Daryl Richardson, both of whom are battling to be the Steelers number 3 running back. Both men have looked strong in training camp and in preseason and barring injury or a complete meltdown during the Steelers remaining two preseason games, should make the opening day roster.

It is believe that the Steelers will not carry more than three running backs, plus Roosevelt Nix, on their active roster once Bell returns to the team. However, both men will have a chance to prove they belong between now and then.