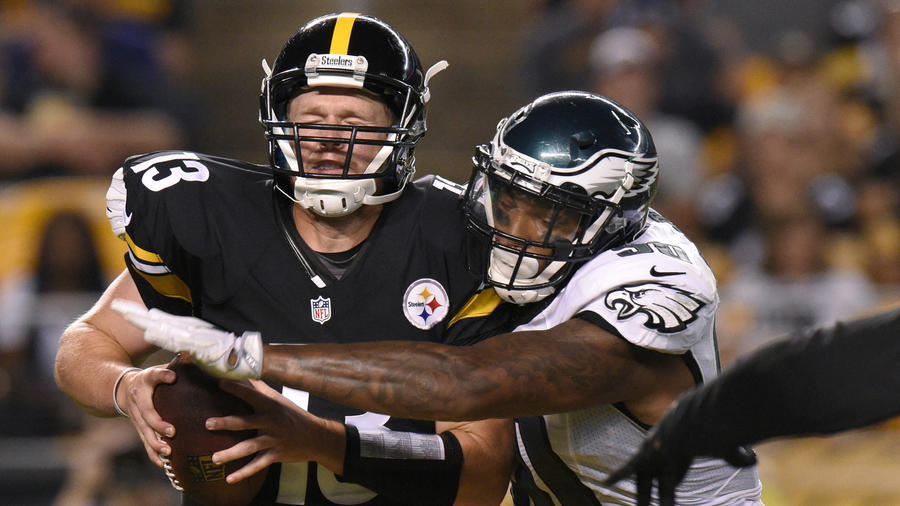 Who is Steelers Quarterback Bryn Renner?

Bryn Renner is a native of Springfield, Virginia who played his college ball as North Carolina Tar Heel, where he appeared in 28 games, throwing 1005 passes and completing 668 of those for 64 touchdowns and 25 interceptions. Going into his senior year he was touted as a possible 1st round draft pick, but an injury ended his senior season at 7 games, as Renner went undrafted.

The Denver Broncos brought Renner to training camp, but he failed ot make the final cut and spent time with the Arizona Rattlers, of the Arena Football League. From there he spent the 2015 off season and preseason as a member of the Baltimore Ravens, hanging on their practice squad for 10 days in September only to return in in December, where he earned a promotion to the active roster for a week’s time, until the Ravens signed Ryan Mallett.

From there the Tennessee Titans added Renner to their practice squad but declined to sign him to a futures contract. The San Diego Chargers signed Renner in March of 2016, but cut him during spring workouts in May of 2016.

While there’s legitimate debate around Landry Jones evolution as a quarterback, his four interception performance vs. Philadelphia renewed pleas of many fans for the Steelers to give up on Landry Jones and “sign someone else.” (Never mind that Landry Jones has played without the benefit of Antonio Brown, Le’Veon Bell, DeAngelo Williams and Markus Wheaton.)

Well, Dustin Vaughan breaking his thumb has prompted the Kevin Colbert and Mike Tomlin to do just that. His name is Bryn Renner, and his resume is about what you’d expect of an unemployed NFL quarterback in mid-August.