The Pittsburgh Steelers opened their 2016 preseason schedule with a 30-17 pasting at the hands of the Detroit Lions Friday night at Heinz Field, as several key members on the offensive side of the ball were given the night off. 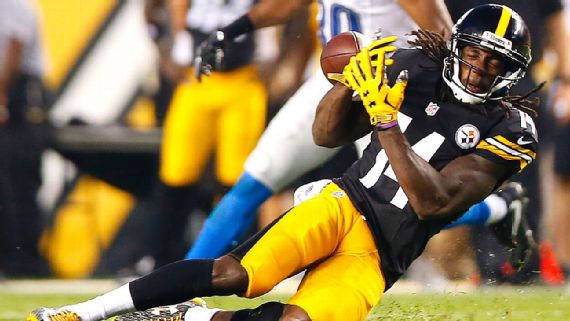 Pittsburgh jumped out to a 7-0 lead in the second quarter, after cornerback Doran Grant intercepted a pass from Detroit backup quarterback Dan Orlovsky and raced 39-yards down the near sideline and into the end zone.

Later in the second quarter, with the Steelers leading, 7-3, backup quarterback Landry Jones, starting in-place of Ben Roethlisberger, hooked up with Darrius Heyward-Bey to increase the advantage to 14-3.

Preseason or not, first game or not, the overall performance of his team couldn’t have been pleasing to Steelers head coach Mike Tomlin, who didn’t appear to be very happy on the sideline, even as his team nursed a 14-13 lead in the first half.

The Steelers second string defense and special teams missed countless tackles in the second half, namely during the 96-yard kickoff return by Dwayne Washington and on the 27-yard touchdown catch and run by Jace Billingsley.

Some Steelers Shine, Despite Lackluster Performance

Despite the Steelers lackluster performance, Pittsburgh does take some positives away from the game.  For starters, Landry Jones looks like he has solidified his position as the backup to Ben Roethlisberger. Despite completing just six of 12 passes for 55 yards and a score, Jones looked to be in command of the offense and probably deserved a better fate, as his receivers appeared to drop several catchable passes.

Daryl Richardson, a virtual unknown at running back, may have put himself firmly on the radar of his coaches and the fans, after rushing for 45 yards on 12 carries. With Le’Veon Bell‘s suspension looming and DeAngelo Williams pushing 33, the Steelers need a solid number 3 running back.

Ricardo Mathews, the reserve defensive end Pittsburgh signed in March, had a big night pressuring the quarterback, and his near-sack of Orlovsky in the second quarter led to a horrible decision that landed in the waiting arms of Grant, who scored the night’s first touchdown.

And, finally, James Harrison, the 38-year old wonder of a linebacker, beat left tackle Taylor Decker, the Lions’ first round pick, on a play in the first quarter and stripped Matthew Stafford of the football (the first of two takeaways for the defense).

As for negatives. Aside from the lopsided box score, Sammie Coates, a receiver being counted on heavily  this year to replace the suspended Martavis Bryant, had a night he’d like to forget; not only did Coates catch just three passes for 18 yards, he dropped another pass and fumbled twice.

On the injury front, quarterback Bruce Gradkowski, who missed all of last season, left the game in the second half with what was reported as a hamstring injury and never returned.

Next up on the preseason schedule is a date with the Eagles next Thursday night at Heinz Field.