After reaching the AFC Championship game a year earlier, the Steelers were limping along over the first half of the 1985 season, with a 3-5 record.Quarterback Mark Malone literally was limping, after injuring his foot in a loss to the Bengals in Week 8 and would be out of action an indefinite amount of time.

However, Pittsburgh responded behind veteran David Woodley and rattled off three-straight victories to improve to 6-5. Much like a year earlier, when the Steelers won the old AFC Central with a 9-7 record, it wasn’t going to take a double-digit win total to repeat as division champions. Unfortunately, Woodley came down with a stomach virus prior to the Week 12 match-up with the Redskins at Three Rivers Stadium, and third-stringer Scott Campbell was thrust into the spotlight. 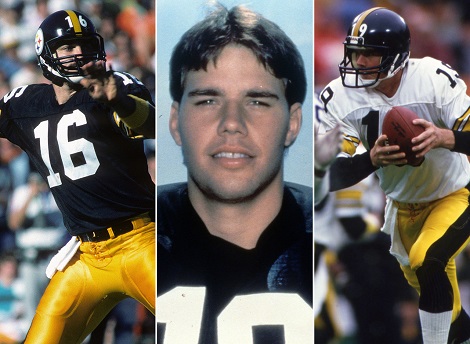 Things didn’t start off well, as Ken Jenkins returned the opening kickoff 95 yards down to the Pittsburgh three-yard line. Running back George Rogers finished things off by plunging in from the one-yard line to make it 7-0, Redskins before most in attendance had even found their seats.

After a 22-yard Gary Anderson field goal cut Washington’s deficit to four, the special teams onslaught continued for the visitors, when Otis Wonsley blocked a Harry Newsome punt, and the Redskins took over at the Pittsburgh 19. Moments later, Jay Schroeder, like Campbell, making his first career start, found tight end Clint Didier for an 18-yard touchdown pass to extend Washington’s lead to 14-3.

Pittsburgh trailed 17-3 in the second quarter, when Campbell threw two quick touchdown passes–one to receiver Louis Lipps for five yards, and one to running back Rich Erenberg for nine-yards–to tie the score at 17.

However, an interception by Campbell in the final moments of the first half along with a personal foul on defensive lineman Keith Willis paved the way for a 39-yard field goal for Mosley, and the Redskins led by three at the break.

Running back John Riggins scored on a one-yard touchdown in the third quarter to give the Redskins a 10-point lead. Pittsburgh’s offense could only muster a couple of Anderson field goals in the second half, as Campbell threw two more picks, and Washington held on for a 30-23 victory.

For the day, Campbell completed 15 of 25 passes for 224 yards, two touchdowns and three interceptions. “Its a tough situation to be thrown in there like that, but you’ve got to be ready to play,” said Campbell of his first career start on very short notice.

Whenever I think back on the early-to-mid ’80s Steelers who were still trudging along after their Super Bowl years, the 1985 Steelers Redskins loss seems signal the turning-point of the 1980’s Steelers from still competitive team to a team that flirted with being downright abysmal….