One day after cutting down to reach the NFL’s 53 man roster limit the Pittsburgh Steelers completed their initial 2016 practice squad and followed those moves by placing an injured member of their defense in injured reserve, and resigning another defender who they cut yesterday. 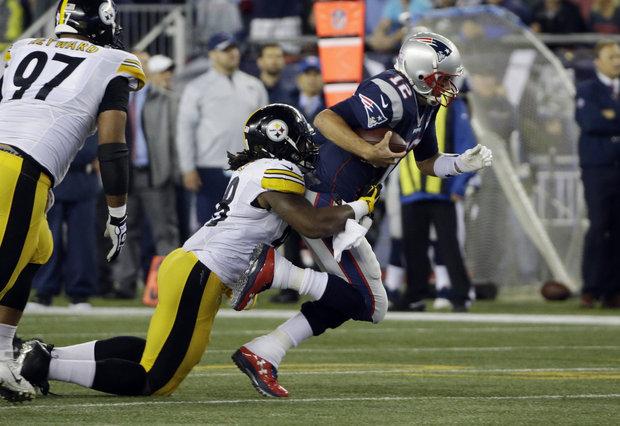 …for the defender placed on injured reserve wasn’t Senquez Golson and the recently cut player to be resigned wasn’t Doran Grant. Everyone expected the Steelers to make this transaction as soon as they could, and the move still may be impending (no other NFL team claimed Doran Grant off of waivers, no did he rejoin the Steelers practice squad.)

Bud Dupree has been nursing an foot injury though out training camp, and did not appear in any of the Steelers preseason games. The Bud Dupree injured reserve designation shows that the Steelers do not anticipate Dupree contributing for the first half of the season, when he will be eligible to return. Bud Dupree had a strong start to his rookie season, but saw his performance taper off during the second half of 2015.

That will have to wait. Steven Johnson is the inside linebacker the Steelers signed after losing Sean Spence and Terence Garvin in free agency. Johnson had played extremely well in preseason and show himself to be a capable special teams contributor, but the Steelers favored linebackers L.J. Fort and Tyler Matakevich.

Steven Johnson will remain at inside linebacker behind starters Ryan Shazier, Lawrence Timmons and primary backup Vince Williams. The Steelers depth chart at outside linebacker will be headed by James Harrison, Arthur Moats, Jarvis Jones and Anthony Chickillo.