As the Steelers 2016 regular season is about to start, the Watch Tower shifts its lights back for a final look at biggest Steelers offseason stories including Le’Veon Bell’s suspension, Ladarius Green’s mysterious injury, comings and goings in the Pittsburgh sports landscape and more…. 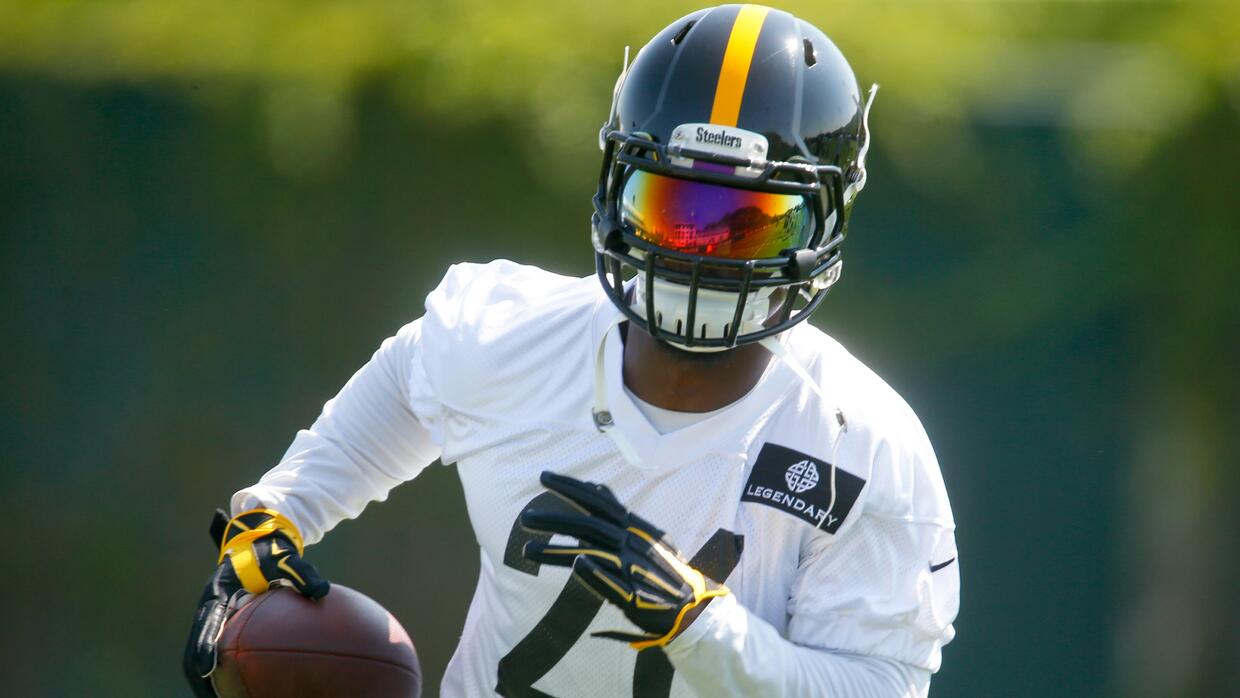 For Whomever Tolled the Bell….

So if a sports shock jock breaks a story in the wilderness and other reporters fail to confirm it, but 6 weeks later the story turns out to actually be true, is it still a scoop?

Within hours, Steelers beat writers (including but not limited) to the Pittsburgh Tribune Review’s Mark Kaboly had Le’Veon Bell outright denying the report. Several national sports outlets as well as much of the Steelers blogging community followed suit. Madden seemlingly wagged his finger in resonse.

Everyone believes that Lev Bell is telling the truth, huh? OK.

Nonetheless, the story died shortly thereafter, as the focus turned to Steelers OTA’s and the true “off season.” However, as the Steelers were preparing to report to St. Vincents for training camp, NFL.com reporter Ian Rapport (he of the Ben Roethlisberger trade) chimed in:

For the past several weeks, the #Steelers had known Le'Veon Bell likely wouldn't be on the field when the season began. He missed drug tests

Of course we now know that Rapport and Madden were correct: Le’Veon Bell will again be suspended for violating the NFL’s substance abuse policies. Given that the story was correct, the Watch Tower is curious about why it died so quickly.

In fact, most of the stories about Bell’s denial simply cited “rumors” or “radio reports” of failed drug tests, rather than directly attribute the story to Mark Madden. Which is understandable.

There’s little reason to like Mark Madden, who once lampooned Ike Taylor as the worst Steelers 4th round draft pick in history, and has made attacks on Hines Ward, Kordell Stewart and even Myron Cope a stable of his repertoire. The rest of the press is more than wise to treat a “rumor” circulated by Mark Madden with a healthy dose of skepticism.

On one level, there is no question about it. Reporters directly asked Le’Veon Bell if he’d missed drug tests and Bell issued a direct denial. But did the reporters seek out additional sources, such as Bell’s agent or members of the Steelers coaching and front office staff?

One can imagine that any team official would have pleaded confidentiality to any inquiry but one can also imagine veteran beat reporters would have be able to distinguish between a rote “Sorry, that’s confidential” and a more nuanced non-denial, denial.

Although the Watch Tower is neither a fan of Mark Madden nor his brand of “journalism” he nonetheless wins Watch Tower Kudos for getting the story right.

Le’Veon Bell’s suspension brought the issue of Steelers and substance abuse back into the forefront, and from a media analysis standpoint two journalists deserve credit for making observations that expanded the story beyond where the rest of the pack was taking it.

When word broke Bell’s suspension, Starkey wrote an entertaining article what the recent drug issues meant to the Steelers reputation, one with all of the appropriate plays on words. But Starkey also supplied his readers with a factoid on Martavis Bryant that is both interesting and useful:

I should also point out that I came down on the compassionate side when Bryant was suspended for the entire season for violating the NFL’s substance-abuse policy.
That was before I contacted one of his agents, Brian Fettner, who refused to double down on the notion that Bryant has “a depression issue.” His refusal to confirm the claim, post-suspension, made it sound like it was a pre-suspension plea for leniency from the NFL.

Perhaps Starkey has discussed this angle of the story in other mediums, but this is the first that the Watch Tower is aware of it. Either way, Starkey’s efforts to verify the nature of Bryant’s struggles with substance abuse is textbook example of sound journalism, in short, he did what should have been done with the Bell story. So Watch Tower Kudos for Joe Starkey.

The other reporter the Watch Tower is singling out for Kudos on the Bell story is, you guessed it, Steel City Insider’s Jim Wexell. In addressing Le’Veon Bell’s inadvertent admission that he’d continued using marijuana following his arrest in the summer of 2014, Wexell shared this insight with his readers:

No, I believe Bell has quit toking, and I believe him… because I’ve detected a change in him.
Yeah, I know, you’re thinking, “What do you know about that subject?” But I sense a crispness (as opposed to a crispiness) in Bell that I hadn’t before, and I remember thinking how dopey he was when I interviewed him at his NFL Combine out of college.
No, this guy is sharp….

This is not the type of observation you generally hear or read from beat writers. And there is a good reason for that. A quick look at the rules and regulations of the Steelers Media Guide makes it clear that reporters are only report what they hear and see under “official circumstances” (i.e. designated interview spots/times.) Pushing those boundaries means risking press credentials which means a reporter risks his or her livelihood.

But Wexell’s observation nonetheless represents a breath of fresh air and provides the type of insight that only someone who covers players on a daily basis could come up with.

It Isn’t Easy Being Green…

If the trajectory of the Le’Veon Bell story could be plotted as a simple straight line, Ladarius Green’s arch is anything but straight. As everyone in Steelers Nation knows, the Steelers response to Heath Miller’s retirement was to sign Ladarius Green to great fanfare, only to have Green sit out all of training camp on the PUP.

Well, that’s as good as anyone’s guess. Well, really it isn’t a guess, but this is a case where you have multiple stories being reported by the Steelers press crops. (Who knows, two generations ago this could have been perfect fodder for a circulation war!)

Here’s what we do know:

When asked about it, Mike Tomlin has insisted the Ladarius Green went on PUP because of his ankle and has essentially issued non-denial denials when pressed as to whether there’s anything else involved. Dale Lolley of the Observer-Reporter has indicated that, based on what he’s seen, Green’s rehab seems to be proceeding normally if not quickly, concluding: “That doesn’t sound like a guy who is in any kind of concussion protocol to me.”

Then there comes this issue of concussion protocol. Ed Bouchette has reported that Green is in the NFL’s concussion protocol, other reporters claim they can’t confirm, while other reports contradict this. Further clouding the issue is Green’s future with the team. Nothing concrete has been reported, but there’ve been whispers of the Steelers perhaps looking to reclaim their signing bonus and/or Green retiring (something he’s denied.)

It would be easy to dismiss this as idle speculation, Ed Bouchette has gone as far as to compare the Green signing to the botched Frank Lewis-Paul Seymor trade with Buffalo in 1978. Bouchette has been covering almost since I’ve been alive, so this comparison could simply be him drawing on his experience to put the story into context….

…Or he could be using the comparison to signal readers that he does know of a bigger story that he’s unable to report specifics on due to off the record confidentiality.

Time will tell. If the Watch Tower has noted in the past that Bouchette seems to have reliable sources when it comes to injury issues….

Finally, the Watch Tower closes with another case of a Steelers writer moving from the ranks of the bloggesphere to that of the professional press. And once again, the move involves a Behind the Steel Curtain writer.

At the end of August, Chris Carter announced he was leaving BTSC to take on a role at DK on Pittsburgh Sports to do film breakdowns. While I never got to know Carter during when I was an occasional contributor, his Steelers film reviews were always must read.

If that is the case, then it will be a loss to the general Steelers Nation on-line community, but a gain for DK on Pittsburgh Sports subscribers.