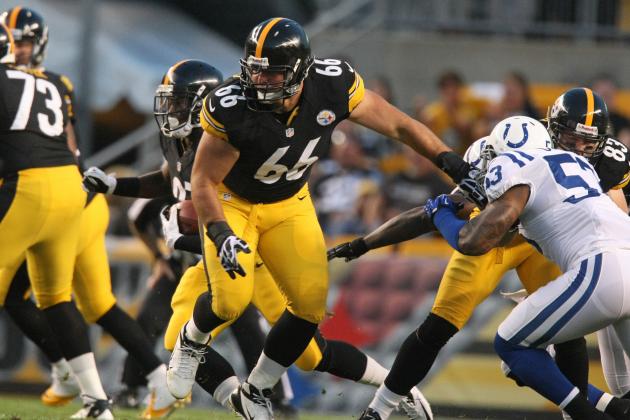 And so the Steelers drafted David DeCastro in the first round of the 2012 NFL Draft. DeCastro didn’t make an immediate impact as a rookie, a preseason injury cost him the first half of the season. His second season didn’t start so well as he caused Maurkice Pouncey’s injury.

One summer ago, the Steelers started training camp by signing Cameron Heyward to a long-term deal. The Steelres clearly wanted to keep DeCastro in Pittsburgh, and DeCastro wanted to say? Wouldn’t it be reasonable to expect both parties to follow suit? The Steelers arrived in Latrobe and then broke camp, without a contract. The Steelers cycled through four preseason games. Still no contract.

With David DeCastro now under contract, the Pittsburgh Steelers have succeeded in locking down Maurkice Pouncey, Ramon Foster, and Marcus Gilbert, or 4/5s of their offensive line to long term contracts.

Ben Roethlisberger, Le’Veon Bell, DeAngelo Williams, Antonio Brown and everyone else who depends on the line to dominate the a scrimmage will welcome that news.