Is the Pittsburgh Steelers pass rush about to pick up an octane boost? That might be too much to expect, but the Steelers have activated Bud Dupree ahead of their road game vs. the Cleveland Browns. To make room for Bud Dupree, the Steelers placed Cameron Heyward on injured reserve.

Bud Dupree’s rookie season got off to a strong start sacking Tom Brady, Colin Kaepernick and Philip Rivers in his first five games. Dupree also downed Andy Dalton midway though the 2015 season, but then hit the infamous rookie wall. 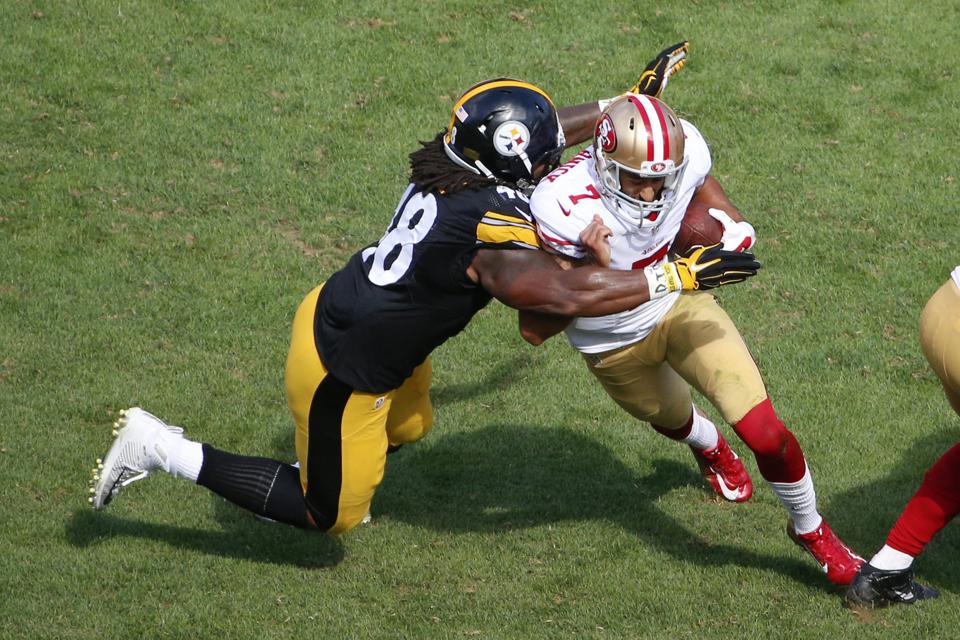 Bud Dupree has spent all of 2016 on the injured reserve list due to a sports hernia, and the Steelers pass rush has suffered in his absence. Cam Heyward leads the Steelers in sacks with three, and he has missed two games and played injured in the Steelers loss to the Cowboys. After that, the Steelers sack “leaders” are rookie Anthony Chickillo, Vince Williams and James Harrison.

The headline “Steelers activate Bud Dupree” shouldn’t signal a panacea for Pittsburgh’s pathetic pass rush, but at the very least it provides hope that Dupree can compensate for the loss of Heyward.

Is 5 the Magic Number for Steelers Defensive Line?

With Cameron Heyward lost for the season, the Steelers decision to replace him with Bud Dupree doesn’t amount to much of a surprise, but it does leave Pittsburgh without much defensive line depth. With behind Stephon Tuitt, Javon Hargrave and Ricardo Mathews, the Steelers have Daniel McCullers and L.T. Walton.

The Steelers normally carry 5 active defensive lineman on game day, although they also have also have Caushaud Lyons and Johnny Maxey on their practice squad.