Most would say a game at the halfway point of the regular season (even one between two division rivals) isn’t a must win.

However, while that may be true for the Steelers, as they travel to Baltimore’s M&T Bank Stadium to take on the Ravens this Sunday, they sure could put down a huge deposit on their second AFC North title in the past three years with a victory. 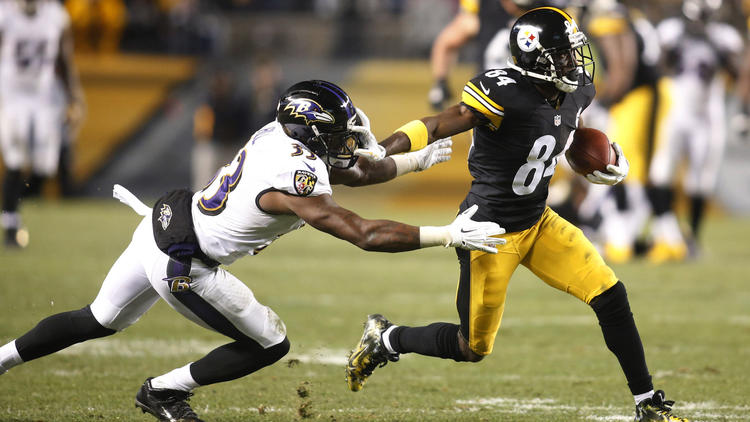 It’s a lot easier said than done, of course, especially if Landry Jones ends up splitting time with Ben Roethlisberger because surgically repaired meniscus back to health fails to hold up.

Furthermore (and while it’s never wise to count your chickens–or victories–before they hatch), the Steelers have two games against the hapless Cleveland Browns over the final eight weeks. The first  tiebreaker to decide division titles is head-to-head, while the second is record within the division. Therefore, you could be talking no worse than a 4-2 record within the AFC North if the Steelers can avoid tanking against Cleveland.

Things haven’t been the greatest for the Steelers lately–including on the injury front. A team that looked like a Super Bowl juggernaut as recently as October 9, following a 31-13 victory over the Jets, suddenly seems frail and unstable.

Additionally, the competency of head coach Mike Tomlin has come into question (yet again); and those Patriots, not only did they go 3-1 at the beginning of the season in the absence of the suspended Tom Brady, they took advantage of Pittsburgh’s quarterback problems with a 27-16 victory at Heinz Field on October 23.

Not only is New England (7-1) in the driver’s seat for a bye and a number one seed, the Steelers are currently the fourth seed in the AFC.

The Pittsburgh Steelers may be down, but they’re currently up by one game in the AFC North, and a victory this week would make a lot of folks feel better about the second half of  the 2016 regular season.