As expected, Sean Davis won the Steelers Joe Greene Great Performance award for 2016, an honor bestowed on the Steelers top rookie via vote of the media. While Sean Davis was the obvious candidate, he doubtlessly had competition from both Artie Burns and Javon Hargrave, which is a good sign. 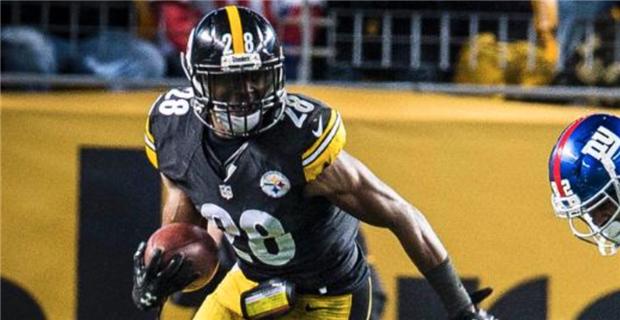 Nice When a Steelers Draft Pick Lives up to Hype

It is really nice when a Steelers draft pick lives up to all of the advanced billing as a rookie. When the Steelers drafted Sean Davis in the 2nd round of the 2016 NFL Draft, pundits both inside and outside Steelers Nation praised the move.

A good friend and regular reader of this site who is a huge Maryland Terrapins fan, emailed me to sign Sean Davis’ praises. And then there was the picture: 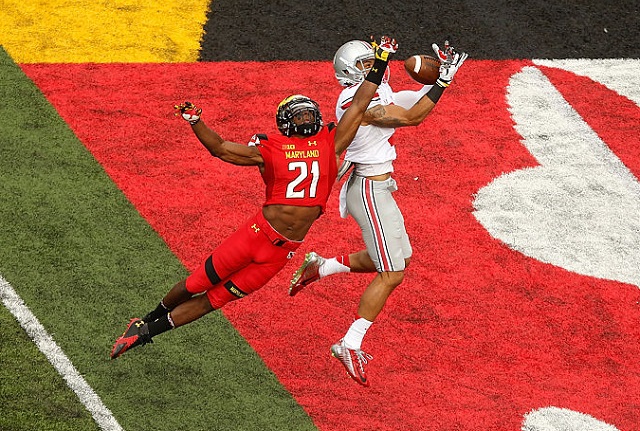 Honestly, when I first saw this photo, I had Devin Smith caught the ball or not and if it was a play of consequence. As it turns out, it was. Smith caught the ball and scored a touchdown. Nonetheless, the photo clearly shows Sean Davis’ superior athletic skills, and I took that as a good sign for the Steelers.

On opening day, Sean Davis became the first rookie Steelers defensive back to start since Chad Scott, another Maryland Terrapin, in 1997. Sean Davis has appeared in all 15 of the Steelers games, and supplanted Robert Golden as the Steelers full time starter at strong safety during the middle of the season.

While those numbers are nice, they don’t do justice to how well Davis has played during the second half of the season. The sight of Sean Davis stepping up at stopping a ball carrier behind or at the line of scrimmage has become more common as the Steelers 2016 season has progressed.

He’s been doing it all season and, just this past weekend after Ben Roethlisberger’s second interception, he stepped up big time to prevent a catch in the end zone during prevent a touchdown on third down, forcing a Baltimore field goal.

That folks, is what you call a difference maker.

Stability at Safety for the Steelers?

This award comes to Sean Davis with just perhaps a touch of irony. Less than a week ago, Shamarko Thomas’ season, and perhaps his career in Pittsburgh, ended when the Steelers put the concussed safety on injured reserve.

The Steelers gave Thomas his chances, but their decision to start Jordan Dangerfield over him earlier in the season signaled that the Shamarko Thomas experiment had ended.

Recognition as the Joe Greene Great Performance award recipient seems to signal Sean Davis seems to be filling the role of Polamalu’s replacement. OK, maybe “replacing Troy Polamalu” is a little too much to put on Sean Davis shoulders.

But at the very least, the award is a good sign. 3 other Steelers safeties have won the Joe Greene rookie award – Polamalu won it in 2003, Darren Perry won it in 1992, and Carnell Lake won it in 1989. All of them went on to be long-term staples of the Steelers secondary.

Sean Davis’ rookie of the year award wasn’t the only honor bestowed on the South Side this year. The Pittsburgh Chapter of the Pro Football Writers Association honored Arthur Moats with the “Chief Award,” an accolade  given to the member of the Steelers who has been the most cooperative with the press.

Given Brown’s tremedous success this season, routinely running for over 100 yards from scrimmage and taking over a couple of three games, the award was hardly a surprise. (Nonetheless, no one could have argued had the honor fallen to Ben Roethlisberger or Antonio Brown.)