The Vegas line had the Kansas City Chiefs holding a 2 point edge over the Pittsburgh Steelers heading into the January 2017 AFC Divisional playoff game.

The book makers favoredthe Chiefs despite the fact that Steelers held a 20-11 advantage in the series, including a 10-7 edge in games played at Arrowhead Stadium, a notoriously difficult place to play. But all of those were regular season match ups.

That game came after the 1993 season, when James Harrison struggling to hold down a practice squad slot…. (Ha! fooled you didn’t I?) That’s a joke about Harrison, but the game was so long ago that it DOES precede Steelers defensive line coach John Mitchell’s time with the team, as Bill Cowher fired Steve Furness after that playoff loss.

The bottom line is that the Steelers and Chiefs don’t have a lot of playoff history so perhaps the operative metric should have been Mike Tomlin’s record against Andy Reid. 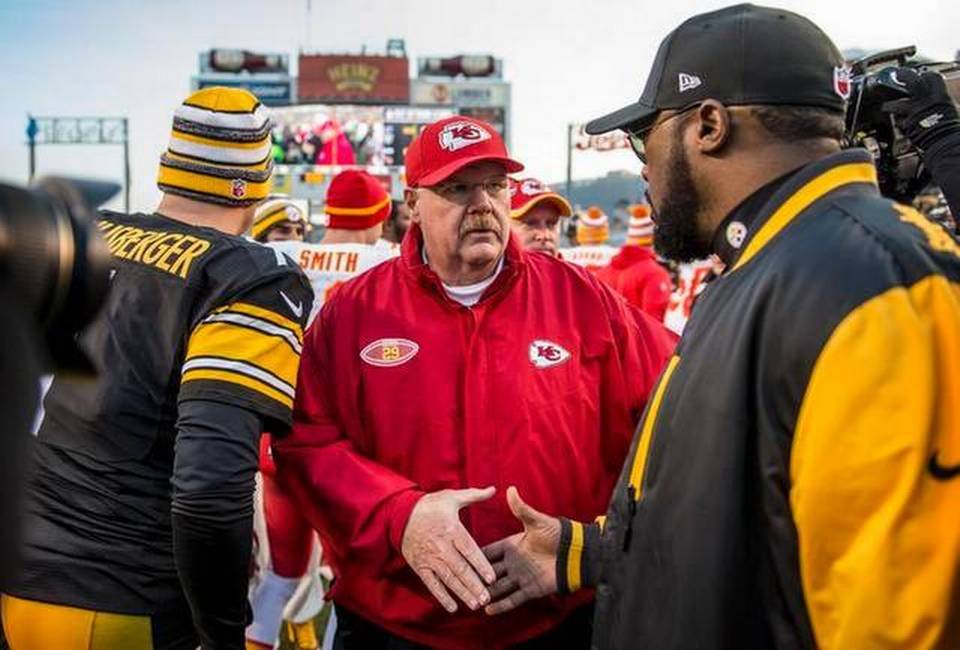 By 2015 and 2016 both the Steelers and Chiefs had reestablished themselves as contenders. In fact, Tomlin’s last victory against Andy Reid came in October at Heinz Field as Le’Veon Bell, steamrolled the Kansas City to the tune of 43-14.

That changed in 2016 as Le’Veon Bell and Chris Boswell led the Steelers to a narrow playoff win against the Chiefs at Arrowhead. And in 2017 the Steelers again returned to Kansas City, where the Steelers vanquished the Chiefs to the tune of 19-13.

Going into Pittsburgh’s 2018 home opener, the Steelers hold a 23-11 edge of the Chiefs and their edge improves to 11-4 while playing in Pittsburgh, where Kansas City has not won since 1986.