By all accounts the Steelers attitude towards the Patriots going into the AFC Championship game is a healthy one, which Steelers fans with long memories know not to take for granted. When asked about the upcoming game Ben Roethlisberger proclaimed the New England Patriots as the NFL’s “Gold standard” and likened the trip to Gillette Stadium as “going up to the lion’s den, the dragon’s lair.”

But, in Steel City Insider  scribe Jim Wexell’s estimation, “many of the younger Steelers just shrugged” at their leader’s estimation – and there’s nothing wrong with that reaction either. Those might seem to be contradictory positions, but they’re not. 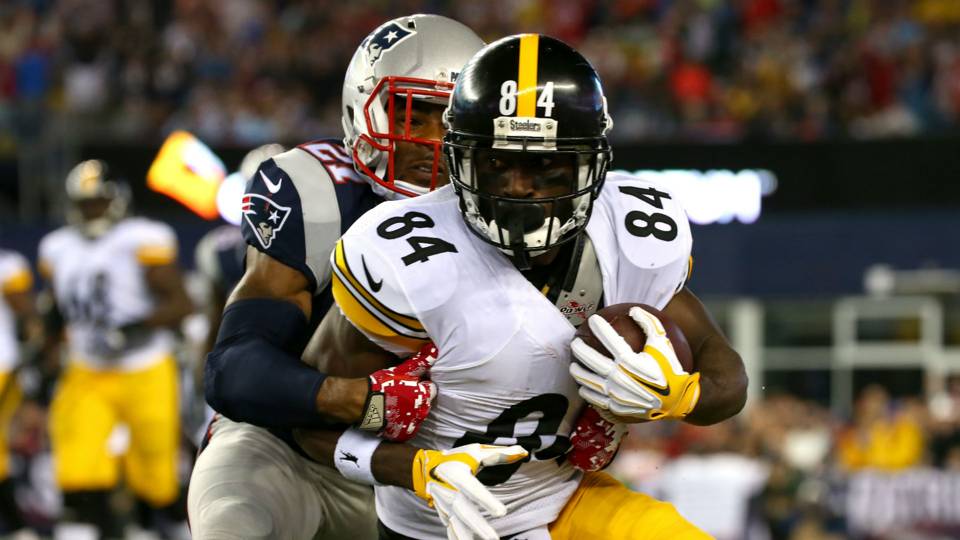 Steelers fans rightly protest national media’s reduction of 00’s to a “Brady battles Manning for NFL dominance” story. That narrative is sexy, but it gives the Steelers a short shift.

That’s the simple truth. And this truth hurts. The Patriots began their Super Bowl run by upsetting the Steelers, fair and square at Heinz Field and have shredded the Steelers in all but 3 occasions since then. The tandem of The Chin and Ben Roethlisberger share something in common with Big Ben and the Tomlinator – they’ve both only beaten Tom Brady and Bill Belichick once.

Yes, what Bill Belichick and the Patriots did was wrong, but the Steelers only have themselves to blame for the blocked kicks in ’01. Ditto ’04. If you remember how much of a raw rookie Ben looked like in the ’04 AFC Championship, then you’ll know that Billy B’s illegal signal stealing had nothing to do with the Steelers loss.

If Wexell’s reporting on the Steelers attitude is representative of the Steelers locker room at large, then the younger members of the Steelers are taking their cue from Mike Tomlin. A few weeks back, in responding to Terry Bradshaw, Mike Tomlin hailed Bill Belichick as one of the few coaches worthy of the “great” moniker, so the Steelers head coach is well aware of the Patriot’s perch in the pecking order.

Yet, when challenged that the Steelers have never had to beat the Patriots en route to Super Bowl XL, Super Bowl XLIII or Super Bowl XLV Tomlin defied: “They haven’t had to go through us either, since I’ve been here. So stay tuned.”

Neither are his players. Nor should they. The Patriot’s record against the Steelers demands respect from any odds maker, but the Patriots have never faced a Steelers team that fielded Ben Roethlisberger, Antonio Brown and Le’Veon Bell together. Likewise, James Harrison has never started a playoff game against the Patriots, and New England has never seen Lawrence Timmons or Ryan Shazier on the field in the post-season.

Does that guarantee success? Hardly.

But, as David DeCastro confided in Jim Wexell:

Nothing scares me. We know we can beat ’em, but we have to play really well to do that. So, we have confidence. We know what it takes. It just takes a lot more this week.

You can’t help but think that this is a fundamentally healthy attitude for the Steelers to take into the AFC Championship game. They understand that they’re entering the game as underdogs, yet they retain the quiet confidence that they can win if they execute.

No one in the Steelers locker room is shuttling off to make a Super Bowl rap video, al la Eric Green 1994, but these Steelers are not heading up to Gillette Stadium in awe of the Patriots. Mentally, the Steelers are where they need to be.