Crafting a compelling, yet honest, Steelers 2016 annual review presents a challenge, but Steelers President Art Rooney II is on the right track. While Rooney’s take aways from 2016 are by and large positive, he underscored the need for more “consistency” several times.

The “Moving train” metaphor is a Tomlinism that popped into the Steelers Nation’s vernacular in 2014 when Tomlin used it to explain Shamarko Thomas and Lance Moore’s inability to get back into the lineup after an injury. This year he applied it to Ladarius Green.

Like his predecessor Bill Cowher, Mike Tomlin has oft asserted that an NFL team finds its identity in the first 4 to 6 weeks of the season and that was certainly true of the Steelers in 2016.

The Steelers entered the 2016 off season as Super Bowl contenders, and despite some radical personnel disruptions on offense, the Steelers 38-16 opening a day win over the Washington Redskins confirmed their status as potential champions. History will forget that the Redskins actually forced a turnover to start the game and then quickly leapt to a 6-0 lead before the 2nd quarter began because the Steelers, like a moving train, never appeared to lose control. The story was the same a week later in Cincinnati. The Steelers didn’t dominate their rivals, but also never trailed during a 24-16 win.

The Steelers opened by advancing to the Eagle’s 18 in a drive that consumed 6 minutes of clock, only to have Markus Wheaton drop a touchdown pass and Chris Boswell miss a field goal. And in the blink of an eye, the Steelers were off the train as they never contested the Eagles dominance after that point.

At Miami, Ben Roethlisberger’s injury knocked the Steelers off the moving train and struggled to get back on the locomotive for the next 3 weeks. The only exception to the “moving train” metaphor came in the loss to Cowboys. Yes, the loss was dramatic, and potentially devastating precisely because the Steelers contested that game until the bitter end.

While the Steelers certainly didn’t dominate in each of those contests, Pittsburgh never let any of those games get out of control. Even in the come from behind win over the Bengals, and even on Christmas, when the Ravens re-took the lead with 1:18 remaining, the Steelers on the field demeanor never suggested that they couldn’t regain control. 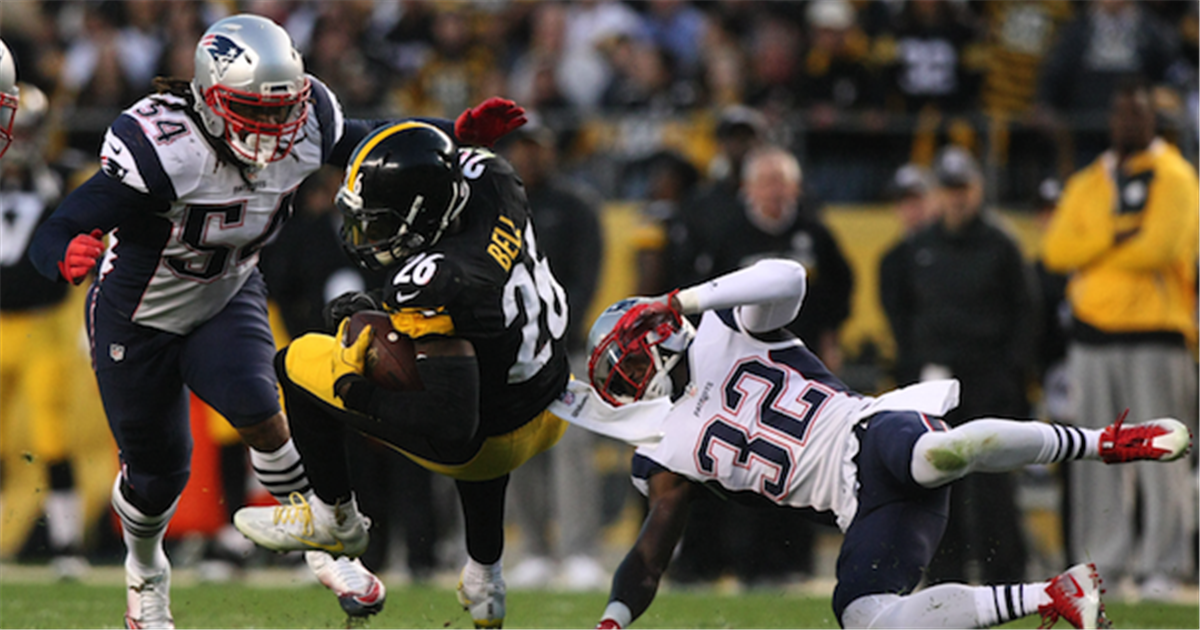 As a consequence, the 2016 Steelers were forced to watch the moving train continue to Super Bowl LI.

Why Did Mike Tomlin’s Moving Train Suddenly Stop and Start?

If Mike Tomlin’s moving train metaphor explains how the Steelers 2016 season unfolded, it does little to explain why things worked out that way. But objectively speaking, there’s no mysterious X-Factor behind Pittsburgh’s hot and cold performances of the 2016 season.

Art Rooney II hit the nail on the head in asserting that the Steelers need to be more consistent in establish a pass rush, covering in the secondary and scoring touchdowns in the Red Zone.

The good news is the Steelers pass rush and pass coverage improved during the latter half of the season. The Steelers Red Zone efficiency continued to be an issue, as evidenced by twin Chris Boswell 6 field goal games in December and January.

Although it may not feel that way now that New England has unequivocally asserted its dominance as the AFC’s alpha male, the Steelers did end 2016 with the arrow pointed up, and can potentially take some lessons from that experience into 2017.

A Year Later, Steelers Still Mastering Art of Learning How to Win…

The original theme for this article was to be “Struggling to Grow, Learning to Win.” It’s catchy, there’s a lot of truth to support such a sexy narrative. Unfortunately, the title of this site’s Steelers 2015 season review was “Learning to win by Overcoming Adversity.” Beyond being repetitive, it also invites the question “When are the Steelers going to stop ‘Learning to win’ and actually go about winning a Super Bowl?”

That’s a fair point, but the art of learning how to win and/or unlearning how to lose is very real process that champions must master. There’s no better example of two teams heading in different directions along this continuum than the Steelers and Bengals during the 2015 Wild Card game.

The Steelers goal line stands against the Colts and the Giants, Eli Roger’s and Ladarius Green’s key catches against the Bengals, Ryan Shazier’s and Lawrence Timmons fill in the blanks splash plays, Bud Dupree’s sacks vs. the Bill and all of the plays that culminated in Antonio Brown’s Christmas Day stretch count as part of the process of learning to win.

But those aren’t the lessons the Steelers need to take with them into 2017, instead here are 3 quick hits on what those lessons should be:

To Mike Tomlin’s credit, he started preaching this the morning after Super Bowl XLIII and has reminded the team of this since. But contrast the names on the stat sheet from last year’s loss to Denver against those from the Patriots game or track the changes in the Steelers depth chart from the beginning of training camp to December 1st, and you see what Tomlin is talking about.

Sure, having Martavis Bryant, Markus Wheaton or Cameron Heyward would have helped the Steelers against the Patriots, but had they been available, its just as likely that someone else would have been out.

2. Toll the Bell, Just not Too Much

No one can accuse Todd Haley of being too pass happy during the second half of the season. 3 record breaking performances by Le’Veon Bell say that the Steelers executing the strategy that gave them the best chance to win.

And, while more needs to be seen, it also seems like an over-reliance on Bell may be adding some rustiness to Roethlisberger’s game. Le’Veon Bell has Hall of Fame caliber talent, but the Steelers would be wise to remember that they had to do more than feed the ball to Franco Harris and Jerome Bettis to win their first 5 Super Bowls (well, OK, perhaps that’s not the case with Super Bowl X.)

Assuming that the Steelers can keep the trio together without busting their salary cap, and assuming that the sniping between Ben Roethlisberger and Antonio Brown doesn’t turn toxic, the Killer Bees give the Steelers a Super Bowl caliber trio along the lines of Aikman, Irvin and Emmitt.

But just as those Dallas teams also needed their Alvin Harpers, Jay Novacks, Charles Haleys and Thomas Everetts (yeah, that hurt), the Steelers Killer Bees can’t do it on their own. The loss to Dallas brought that to light and, quite frankly, even had Bell not gotten hurt, the Patriots probably would have provided Pittsburgh with another reminder.

The Steelers 2016 season is now history. The 2017 off season will bring new challenges and new faces while some familiar names will depart for greener pastures or otherwise begin their Life’s Work. If the Steelers 2016 season highlights a living example of Mike Tomlin’s “Moving Train” then the reality is that train could deliver Pittsburgh’s return to the Super Bowl, but it did move them a step closer.