Kevin Colbert and Mike Tomlin believe in cutting their loses quickly as the Steelers cut cornerback Justin Gilbert just months after trading a 2018 6th round pick to acquire Gilbert’s services from the Cleveland Browns.

Going into the 2014 NFL Draft, cornerback was the Steelers most urgent area of need, and by all accounts Justin Gilbert was the player Pittsburgh’s brain trust was targeting. But the Cleveland Browns got him first, picking him 7th and making him the first defensive back drafted that year. 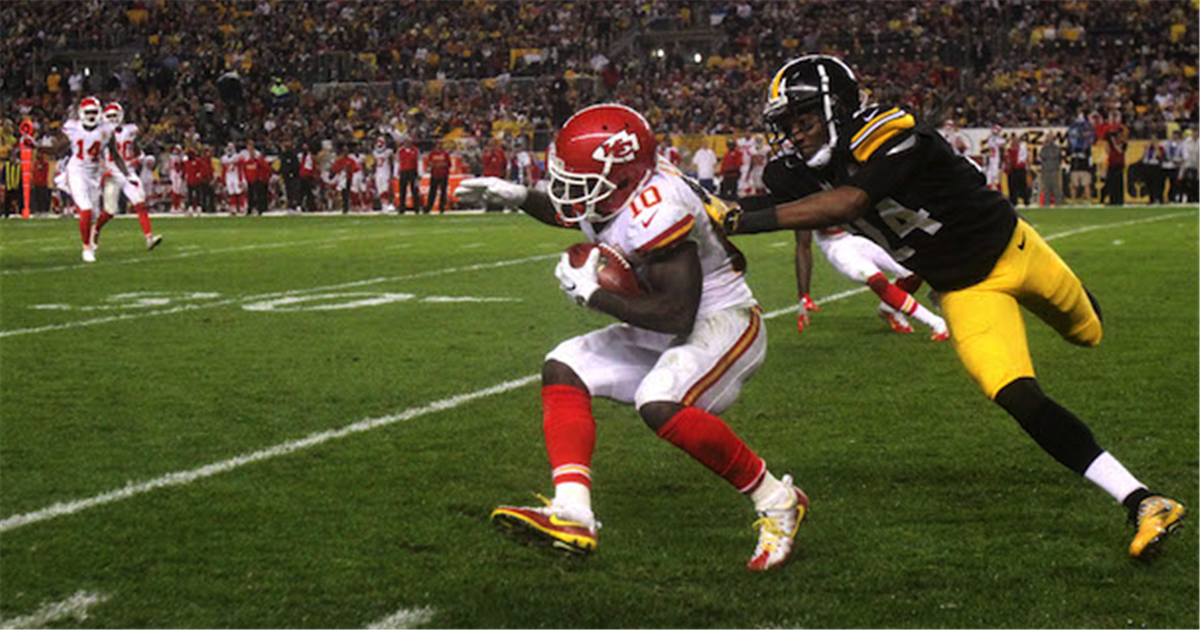 3 months later Justin Gilbert got infamously burned in a couple of Ben Roethlisberger to Markus Wheaton hook ups the Steelers 2014 season opener against the Cleveland Browns. Ironically, that’s probably the most anyone in Pittsburgh has seen of Justin Gilbert since then.

Gilbert did run for long returns of 32 yards in the regular season and 26 yards during the post season, but clearly Steelers Special Teams coach Danny Smith didn’t see enough of a spark to lobby Mike Tomlin and Kevin Colbert into keeping him on the roster.

On the face of it, Justin Gilbert’s release is a surprise, but perhaps it shouldn’t be. Keith Butler’s defense struggled early during the 2016 season, but you can trace the unit’s turn around to increased playing time by Sean Davis, Artie Burns, Javon Hargrave and James Harrison. Justin Gilbert remained a spectator through it all. When the Steelers needed to add a 6th defensive back, Robert Golden and/or Jordan Dangerfield got the call as opposed to Gilbert.

Artie Burns and Ross Cockrell will return to training camp as their starting cornerbacks, with William Gay penciled in as their slot cornerback. While William Gay had a solid season in 2016, he will be 32 next season and cornerback in the NFL is a young man’s game. Senquez Golson will arrive in Latrobe with a shot at the Steelers slot corner position but, given injury history that 2015’s 2nd round pick has had, it would be a mistake to bank on contributions.

In a nutshell, cornerback was already a Steelers priority for the 2017 NFL Draft and its priority status just got a bump.