In case you haven’t been paying attention because you’re a little too busy gnashing your teeth over the Pittsburgh Steelers lack of free-agent activity, Pittsburgh inked backup quarterback Landry Jones to two-year contract that will average $2.2 million annually.

After all, you may be one of the many fans who consider Landry Jones the worst backup in the NFL. Why do you think this way? In addition to the four interceptions he threw in an exhibition loss to the Eagles at Heinz Field last August, Jones has looked kind of shaky in his 16 career appearances (four starts). He’s completed 85 of 141 passes for 1,071 yards, while throwing seven touchdowns to six interceptions.

So why are Landry Jones’ numbers so underwhelming, so blah? Maybe it’s because he’s a backup quarterback, who has occasionally filled in for a franchise-caliber passer in one Ben Roethlisberger.

Good starting quarterbacks are a rare find, and those with the Hall of Fame credentials that Ben Roethlisberger possesses are even rarer. Therefore, when that guy’s backup takes his place for any length of time, the drop-off is going to be noticeable.

They are so rare, Brian Hoyer, a 31-year old journeyman quarterback with 8,600 yards and 31 starts on his resume, just got $10 million in guaranteed money to be the 49ers signal-caller over the next two seasons.

Meanwhile, Mike Glennon, who hasn’t started a game in the NFL since 2014 and threw for just 75 yards last season, signed a three-year contract with the Bears for $45 million, with $18.5 million of it guaranteed.

Last season, Brock Osweiler parlayed the seven starts and 1,967 passing yards he accumulated while filling in for the legendary Peyton Manning in 2015 into a four-year, $32 million contract from the Texans.

After a more than forgettable stint in Houston, Osweiler is now a member of the Browns, who acquired him in a trade on Thursday (and word is that the Browns are trying to trade Osweiler to another team or could cut him outright).

What’s my point in all of this? If it’s that hard to find a starting quarterback in the NFL, how can you expect the Steelers to find a better backup than Landry Jones?

I’m sure there are. Would any of those backups lead the Steelers to a string of victories if Ben Roethlisberger were to suffer a serious injury? Probably not. 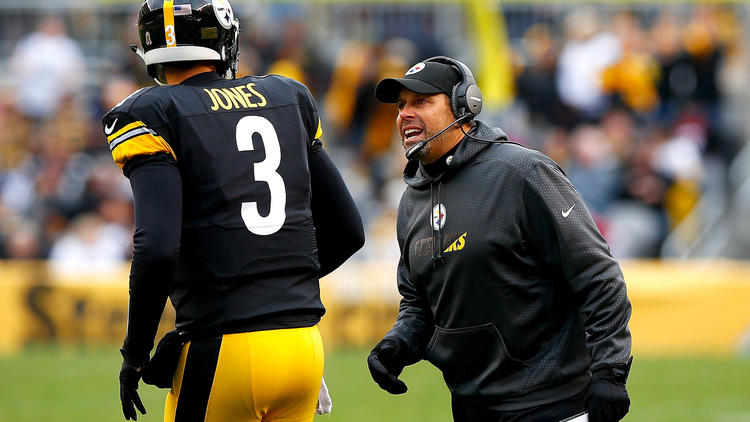 Landry Jones has been in offensive coordinator Todd Haley’s system since Pittsburgh selected him in the fourth round of the 2013 NFL Draft. The reason Jones was brought in and groomed to be the backup was because the front office and coaching staff wanted someone who could step in at a moment’s notice and run the offense.

You remember what happened two years ago, when Michael Vick was signed just weeks prior to the start of the season and thrust into action in Week 3, following an MCL sprain suffered by Roethlisberger.

Mike Vick, who had only about six weeks to learn the playbook, was mostly ineffective, as the offense struggled mightily.

In the grand-scheme of things, there is nothing less interesting to talk about than a team’s backup quarterback. Unless of course you live in Pittsburgh and the starter is Mark Malone, Bubby Brister, Neil O’Donnell or Kordell Stewart. Then you positively LOVE talking about starting the backup quarterback until reality reveals that David Woodley, Todd Blackledge, and Mike Tomczak really didn’t offer the Steelers a better chance to win….

…But that’s another conversation.

As we close, however, let’s concede that if Landry Jones becomes the Steelers starter for more than a couple of three games, Pittsburgh IS going to suffer for it. But let’s also remember that the same is true for just about any other NFL team, and that the Steelers could do worse at QB Number 2.

If you’re STILL fretting over that fact, then remember this – having Le’Veon Bell behind him and Antonio Brown in front of him will make Landry Jones a lot better quarterback. And besides, there seriously are more important things to worry about.