The Pittsburgh Steelers capped off the first day of the 2017 NFL Free Agency signing period by ending speculation about their backup quarterback position by signing Landry Jones to a 2 year contract. So there you have it, for the next two years, Landry Jones will serve as the proverbial “next man up” behind Ben Roethlisberger until 2018’s conclusion.

Instead, the Steelers have doubled down on the investment they made into developing Landry Jones after drafting him in the 4th round of the 2013 NFL Draft. Behind Jones the Steelers also have Zach Mettenberger, whom they picked up off of waivers after Bruce Gradkowski went on injured reserve. 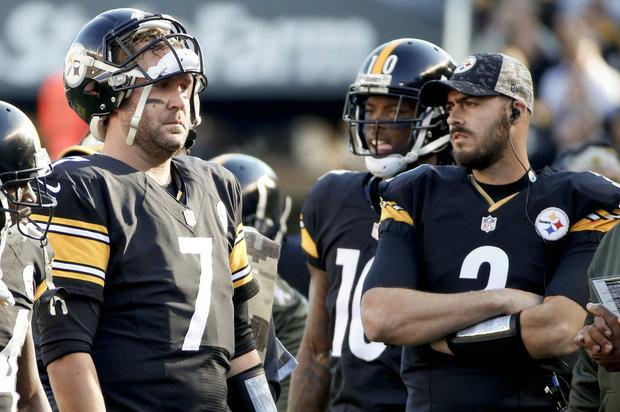 Speaking with Teresa Varley of Steelers.com, Landry Jones explained his decision to stay in Pittsburgh this way:

It was really just wanting to be back here. It wasn’t a tough decision. This place is familiar to me and I am thankful I have an opportunity again to have a job and have a spot to come back to.
It was the best decision for me and (my wife) Whitney and our family. If all things were equal, I wasn’t going to go anywhere. That was where my mindset was.
I think it is the way people treat you around here. It is a business, but at the same time the Rooneys treat you great, all of our coaches treat you great. It’s just a great place to be.

Doubtlessly the move is being panned by a large swath of Steelers Nation who watched Landry Jones struggle during his first two preseason outings and have seen the hit or miss nature of regular season performances.

And if it is true that he doesn’t offer the ex-starter pedigree that his predecessors Charlie Batch and Byron Leftwich brought to the huddle, Landry Jones has developed into a competent, confident backup quarterback.