While the Pittsburgh Steelers opened the 2017 free agency period by resigning two of their own, David Johnson and Landry Jones, before the sun set on the first day Pittsburgh lost one of their own when wide receiver Markus Wheaton came to terms with the Chicago Bears.

Woah! Wait a minute! Run that by me again….

Yes, you read that correctly. And yes I don’t blame those of you who are sitting there saying “Hypocrite!” or Spanish speakers who’re crying ¡Double discurso! 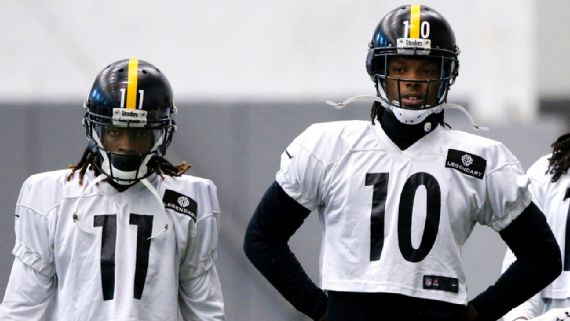 Just a week or so ago, yours truly did author an article headline “Why the Steelers would be wise to resign Markus Wheaton.” Mea culpa, mea culpa, mea culpa. But, if you’ll allow me a little attitude, I was sincere then just as I’m sincere now.

The argument that the Steelers should consider breaking franchise prescient and resign Markus Wheaton to a second contract was predicated on Steelers ability either to come to terms with Wheaton at a very low rate one year “Prove it” contract, or a longer medium tier contract. As free agency approached, rumblings got louder that this wasn’t terribly likely.

Which is fine, because it’s an agent’s job to make both the press and personnel offices think that all 31 teams are absolutely dying to sign their client.

Terms of Markus Wheaton’s deal with the Bears aren’t public yet, but the biggest money typically gets thrown around on day one of free agency. Which is to say that if the Bears were offering enough to get Wheaton, who was also being courted by at least the Eagles, locked down on day one, they well into territory that the Steelers had no desire to enter.

So be it. The Steelers don’t overpay in free agency, and they especially don’t over pay for wide receivers. Hines Ward and Antonio Brown will remain the only two wide outs to get offered second contracts after their rookie deals were complete.

Losing Markus Wheaton to the Bears does come with its consequences, even if the Steelers made the right move. The absence of someone to take consistent heat off of Antonio Brown hurt the Steelers last season. During much of the Steelers 9 game winning streak the Steelers compensated by force-feeding the ball to Le’Veon Bell.

The Steelers have quantity at the number two WR spot – Martavis Bryant, Sammie Coates, Darrius Heyward-Bey, Eli Rogers and Cobi Hamilton, but Wheaton had shown far more consistency as a number two target for Ben Roethlisberger than any of these men.

Now the Steelers will have to replace that consistency either in house, free agency or in the 2017 NFL Draft.