Word was the Steelers were planning to open free agency making a play on a starting cornerback. Whether the Steelers did have the Bengals Dre Kirkpatrick in their sights or not, the deal never materialized.

Then the Steelers wined and dined Davon House who became the NFL equivalent of a date who ignores you and instead dances with all of the other guys at the party – he signed with the Green Bay Packers while he was visiting with the Steelers. 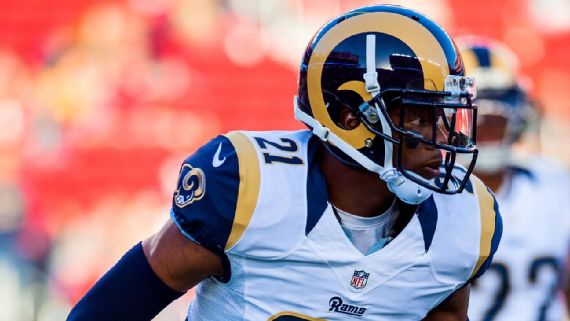 The Tennessee Titans picks Coty Sensabaugh in the 4th round of the 2012 NFL Draft and he played in Nashville for four years, making 27 starts and recording 2 interceptions, including a pick six on Jameis Winston‘s first career pass.

A year ago Coty Sensabaugh was inking a three-year, $15 million contract with the Los Angeles Rams only to see the Rams cut him in October. However, Sensabaugh didn’t stay unemployed for long, and was signed by the New York Giants where he remained for the rest of the season.

The Steelers are projecting Coty Sensabaugh as a nickel/slot back. William Gay occupied that role for much of 2016, but the veteran is showing signs of slowing and the Steelers would like to replace him. Artie Burns is set to return as the Steelers starter at cornerback, and opposite him the Steelers had restricted free agent Ross Cockrell in 2016, who could still return to Pittsburgh.

The Steelers will also bring Al-Hajj Shabazz to training camp as well as 2015’s 2nd round pick Senquez Golson whose NFL career consists of 2 and a half training camp practices. The Steelers are also expected to draft a cornerback in the 2017 NFL Draft.

Upon arriving in Pittsburgh, Sensabaugh declared “I came here to help these guys get two games better,” while affirming that the Keith Butler’s defensive system is similar to that of Dick LeBeau’s whom he played with down in Tennessee.