The NFL gave the Pittsburgh Steelers 2017 offense a potential octane boost by conditionally reinstating Martavis Bryant who’d sat out the 2016 season serving a suspension for repeated violations of the NFL’s substance abuse policies.

While the Steelers January 2016 AFC Divisional Playoff loss to Denver certainly disappointed, Martavis Bryant had been a clear bright spot for Pittsburgh, and Steelers fans were left salivating at the prospect of a Death Star-like offensive attack for 2016.

Absent Martavis Bryant, Darrius Heyward-Bey, Markus Wheaton and Ladarius Green for much of the year, and with Sammie Coates’ development stunted by injuries and/or maturity issues, the Steelers offense in 2016 too often consisted of force-feeding the ball to Le’Veon Bell.

Martavis Bryant’s return can change all of that in a hurry. But this comes with a catch…. 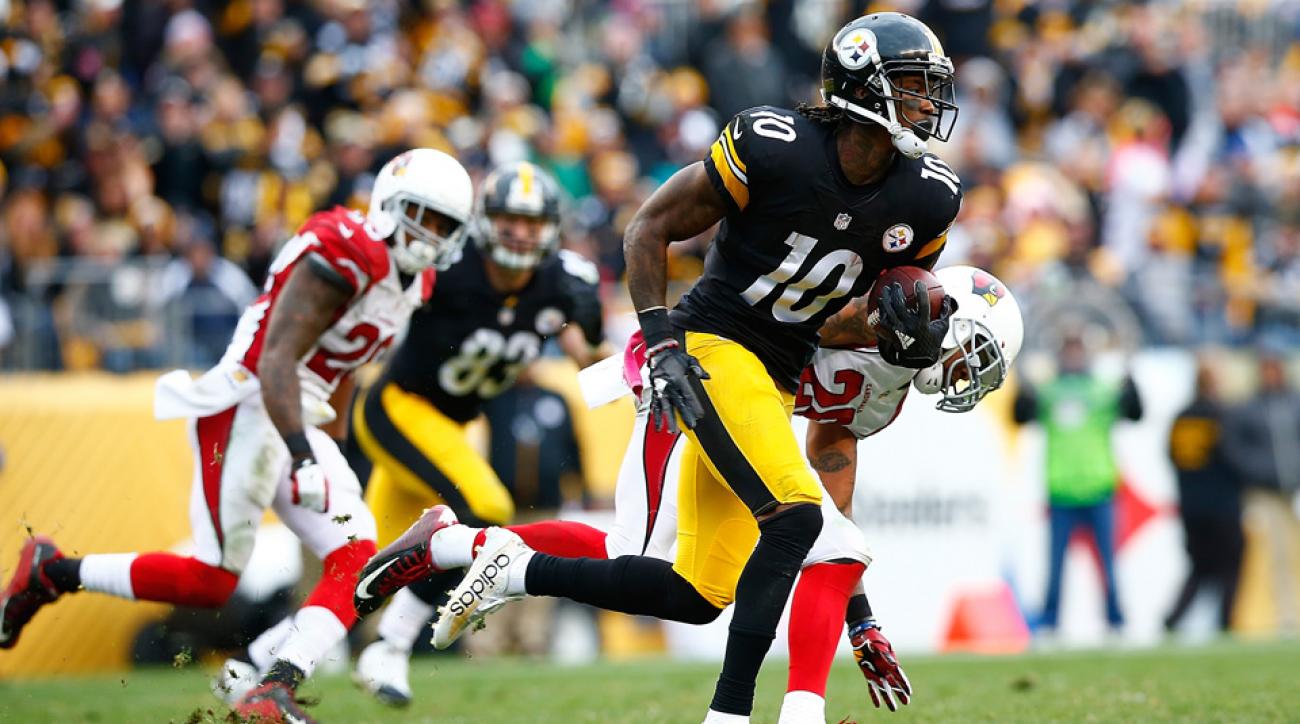 Just look at his final pass catch in the Cardinals game, and you’ll know what I mean.

And that of course has been an issue in the past. We now know why Martavis Bryant was drafted in the 4th round and why Mike Tomlin kept him on the bench for the first part of his rookie season. Yet he continued to violate the NFL’s substance abuse policies and sat out the first four weeks of 2015.

Now comes the obligatory acknowledgement about how both social and, in some states at least, legal attitudes towards marijuana are quickly changing. Perhaps in a decade or so images of players taking hits from bongs won’t be seen any differently than pictures of John Stallworth or Dwight White smoking cigarettes were in the 70’s.

Let’s chuck in another obligatory acknowledgement that the NFL is guilty of some real hypocrisy regarding his marijuana polices and its free use of painkillers.

Fair enough. As political discussions are verboten here on Steel Curtain Rising, we’ll leave it to others to debate the pro’s and con’s of de-criminalizing, legalizing and/or normalizing pot usage.

But that discussion is also irrelevant for two reasons:

Some may quibble with the second point above, but as Rebecca Rollett of Going Deep with the Steelers observed:

If there is a substance your employer has forbidden you to use, whether it is marijuana, celery salt, or Dapper Dan’s pomade, and, knowing you can lose your job if you don’t stop, you use it anyhow, you are an addict.

The interesting thing is that Rebecca made that observation in October 2015, right after Bryant’s first suspension ended. In commenting about Le’Veon Bell’s claim to have given up pot Steel City Insider’s Jim Wexell observed:

I believed him then because I’ve detected a change in him.
Yeah, I know, you’re thinking, “What do you know about that subject?” But I sense a crispness (as opposed to a crispiness) in Bell that I hadn’t before, and I remember thinking how dopey he was when I interviewed him at his NFL Combine out of college.
No, this guy is sharp. Martavis Bryant? I don’t know if that guy can ever become sharp, but I hadn’t detected any change in him, at least like I did in Bell.

Breaking the cycle of addition is difficult. If you don’t have experience with it yourself, you’ve certainly crossed paths with someone who struggled to quit smoking or quit drinking or even to give up coffee.