And then there were two. “Real” football news can be quite rare in late May of any year, but the number of Super Bowl veterans on the South Side dwindled to two as the Steelers released Greg Warren, who handled the long snapping duties for the team since 2005, earning him rings in Super Bowl XL and Super Bowl XLIII.

Although the Steelers kicked off their 2017 season by signing Greg Warren to their customary 1 year deal in February, Warren’s release is hardly a shock. The Steelers turned heads in the 2017 NFL Draft when they used their sixth round pick to draft long snapper Colin Holba of Louisville. The move was instantly panned by both professional journalists as well as bloggers (this site included), but Jim Wexell and other reporters informed that the Steelers had legitimate concerns about Greg Warrens durability. It would seem like those concerns were well founded, as Greg Warren himself related:

I would first like to thank the Steelers organization, coaches and training staff for their help and advice over the last few weeks. I had full intentions of playing this upcoming season, but in light of new information I’ve recently received from my doctors relating to a past injury, it has been determined that trying to compete in the 2017 season may be a risk to my long-term health. After discussing this with the Steelers, we have decided it would be in everyone’s best interest to release me at this point.

Signed in 2005, Greg Warren played in 181 regular season games, more than any other Steeler at that time, for coaches Bill Cowher and Mike Tomlin. With Warren’s release, only Ben Roethlisberger and James Harrison remain as veterans from the Super Bowl XL and Super Bowl XLIII championship squads.

Let’s admit it, when you think of “Steelers Super Bowl Eras” the name of Greg Warren doesn’t jump out at you. If you’ve got a long view of things, the names Terry Bradshaw, Joe Greene, Franco Harris, Lynn Swann and Jack Lambert spring to mind.

Unfortunately, for reasons that go well beyond the scope of this blog post, Chuck Noll, Art Rooney Jr., Dick Haley and Bill Nunn struggled to restock the Steelers roster, even after mediocre records improved their drafting position. 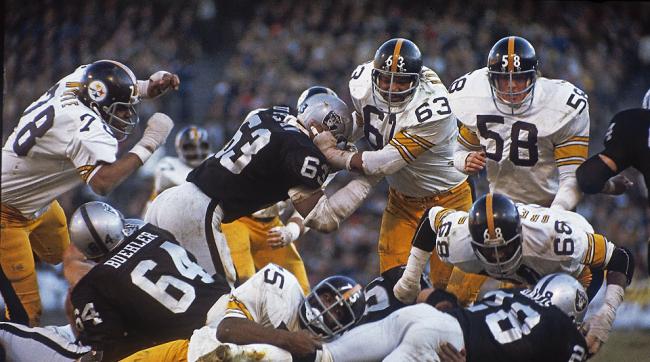 This second era has been different, largely thanks to Dan Rooney’s wisdom, the Steelers were able to draft a franchise quarterback and add him to a team that was already Super Bowl ready.

Although only two seasons separated the Steelers last two Lombardi Trophy presentations, Mike Tomlin’s ’08 squad featured a number of new faces in important places compared to Bill Cowher’s ’05 squad. Thanks to Heath Miller’s retirement and Lawrence Timmons defection to the Dolphins, William Gay is the only other veteran from Super Bowl XLIII.

Born mere months before the Immaculate Reception provided the Big Bang that created Steelers Nation, I have no memories of Super Bowls IX or X. I do remember watching Super Bowl XIII but recall few details beyond my older sister asking “Who is that guy in the hat they keep showing” every time the camera focused on Tom Landry. I remember Super Bowl XIV better, and particularly John Stallworth’s game changing 60-Prevent-Slot-Hook-And-Go touchdown.

After that with my age not yet breaking double digits, I had difficulty understanding why the Steelers struggled in the early 1980’s, not wanting to accept my older brother’s explanation that “All the Steelers have are old guys and rookies.”

It was difficult to follow the Steelers growing up in suburban DC in the pre-internet age. And by the time I started following the Steelers seriously again during the 1987 season I was in high school, and I was shocked to see that Super Bowl veterans such as Stallworth, Mike Webster and Donnie Shell were still playing.

Time most certainly does move faster as you age.

Bit contributor or not, Steel Curtain Rising Thanks Greg Warren for helping bring home One for The Thumb and then completing the Super Bowl Six Pack, and wishes him the best as he begins his “Life’s Work.”