It must be a helpless feeling to be a young NFL player and have to sit out two-straight years with injuries. As former Houston Oilers head coach and Chuck Noll nemesis Jerry Glanville once argued, the NFL stands for “Not For Long.”

There are other sayings, such as “You can’t make the club in the tub” but they all describe the harsh realities of trying to make it in the NFL when you’re physically unable to show what you can do. And it’s possible Senquez Golson, the third-year corner out of Ole Mississippi who the Steelers selected in the second round of the 2015 NFL Draft, has heard them all by now. 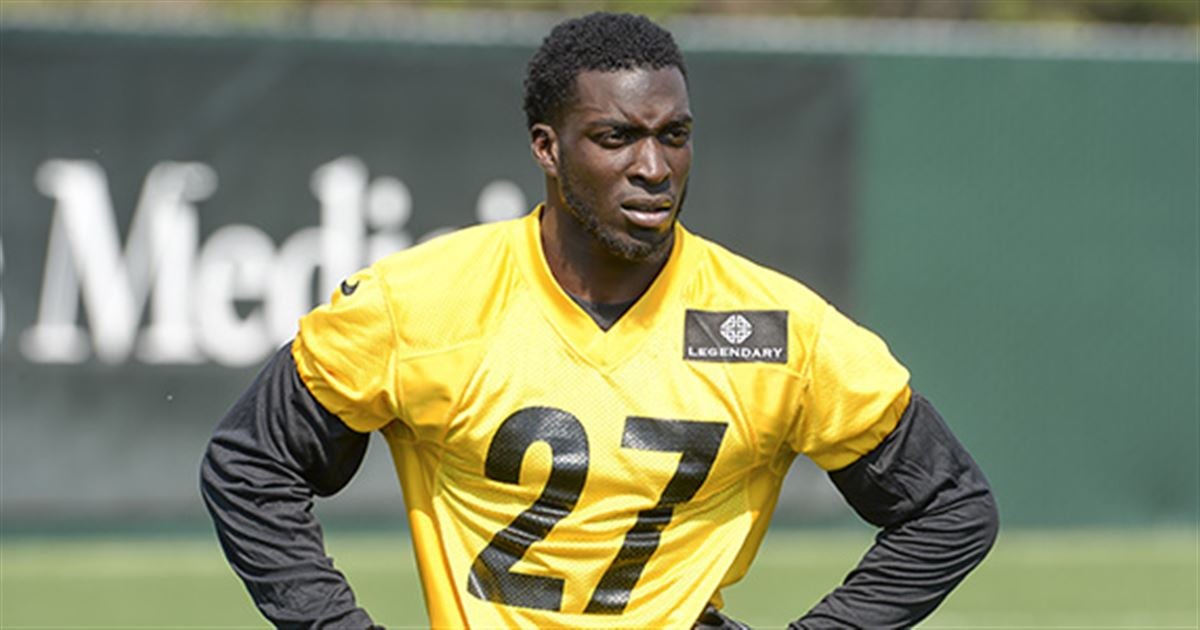 Senquez Golson arrived to Pittsburgh two seasons ago and, before even taking his first training camp rep, was being counted on heavily by the Steelers coaching staff to come right in and assume the role as the starting slot corner.

Unfortunately for Senquez Golson, he never did get to take that one training camp rep in his rookie year, as an offseason shoulder injury ultimately required surgery and shelved him for the all of 2015.

While the more cynical segment in Steelers Nation (OK, it was this site) wondered aloud if Senquez Golson might not end up as this generation’s Kris Farris,  as head coach Mike Tomlin and his staff were clearly counting on incorporating Golson into the Steelers defensive backfield heading into 2016. But while Senquez Golson did participate in training camp last season, it amounted to the proverbial cup of coffee, as he suffered a foot injury barely a week after reporting to Latrobe, Pa.

Although the Steelers kept Golson on their 53 man roster at the start of the season with hope that he might some time in November, Pittsburgh placed Senquez Golson on Injured Reserve and missed his second straight campaign.

Steelers Secondary has Moved on in Golson’s Absence

The story of the Steelers secondary while Golson has sat out two years in a row has been many more draft picks added to the mix–including cornerback Artie Burns (first round) and safety Sean Davis (second round) last year; and Cameron Sutton (third round) and Brian Allen (fifth round) this past draft.

The story of the secondary has also been improvement, as Artie Burns and Sean Davis eventually assumed starting roles as the 2016 campaign rolled along and helped a passing defense improve to 16th in the NFL after finishing 30th one season earlier.

Sean Davis lays in the wood on Chris Conley during the Steelers playoff win over the Chiefs. Photo Credit: Matt Freed, Post-Gazette

Regarding Cam Sutton and Brian Allen, like with most new draft picks, optimism has abounded this offseason, especially after both players made decent showings in rookie camp, minicamp and OTAs.

Yes, it must be quite disconcerting for a young player to have to sit on the sidelines, while other youngsters playing the same position are either now producing in the NFL or are drawing praise from their coaches and even the fans.

“Through no fault of his own, he has been injured two years in a row,” Colbert told the Pittsburgh Post-Gazette’s Ed Bouchette in a story published on May 24.“And in all honesty, I worry about a defensive back coming off a foot injury because you don’t know what he’s going to be like and we won’t know until we get into OTA’s and mini-camps and things of that nature.”

Not the greatest vote of confidence from a man whose opinion counts more than anyone’s except for maybe Mike Tomlin’s.

But if Senquez Golson is indeed healthy, the opportunity is certainly there for him to become a factor in the secondary.

How Senquez Golson Can Contribute in 2017

Yes, Ross Cockrell appears to have the corner spot opposite Burns locked down. Yes, William Gay is still around as the wily old veteran, while journeyman Coty Sensabaugh was added to the mix as a free agent this offseason.

However, despite starting 15 games–including many at the slot position–it was believed Gay’s play began to slip as the 2016 campaign drew to a close. As for Coty Sensabaugh, after five years in the league with three different teams, what you’ve seen from his so far is probably what you’re going to get moving forward.

In other words, those veterans don’t have upside, whereas Senquez Golson, who came to the pros after a decorated college career at Mississippi that included 10 interceptions and being voted a first-team All-American in his senior season, does.

It is true you make similar statements about both Cam Sutton and Brian Allen, but the difference with Senquez Golson is that, while he has missed his first two seasons, he has had the benefit of attending meetings and learning defensive coordinator Keith Butler‘s playbook and system.

Probably not, but having two years of knowledge should definitely put Senquez Golson on a more solid ground than the incoming class of rookies. “At this point, the only thing I’m missing is in-game experience,” Golson explained to Ed Bouchette, “I pretty much have the basics down. I don’t feel any hitch, no falloff, nothing like that.”

If that is the case, it would certainly be premature and short-sighted for anyone to write Senquez Golson off as a potential contributor to the Steelers secondary in 2017.