As the Steelers approach the mid-point in their 2017 preseason campaign, its time to check in on the results of our Steelers Summer Reading Poll.

We launched the poll back in June, with the aim of serving a precursor to a series of full-length book reviews a good chunk of the books mentioned in the poll. The idea was to fill the Dead Zone in Steelers coverage with in depth discussion of some of the better books written about the franchise we all love.

Alas, the individual book reviews never came, but you can read capsule profiles of most of the books listed in our poll. 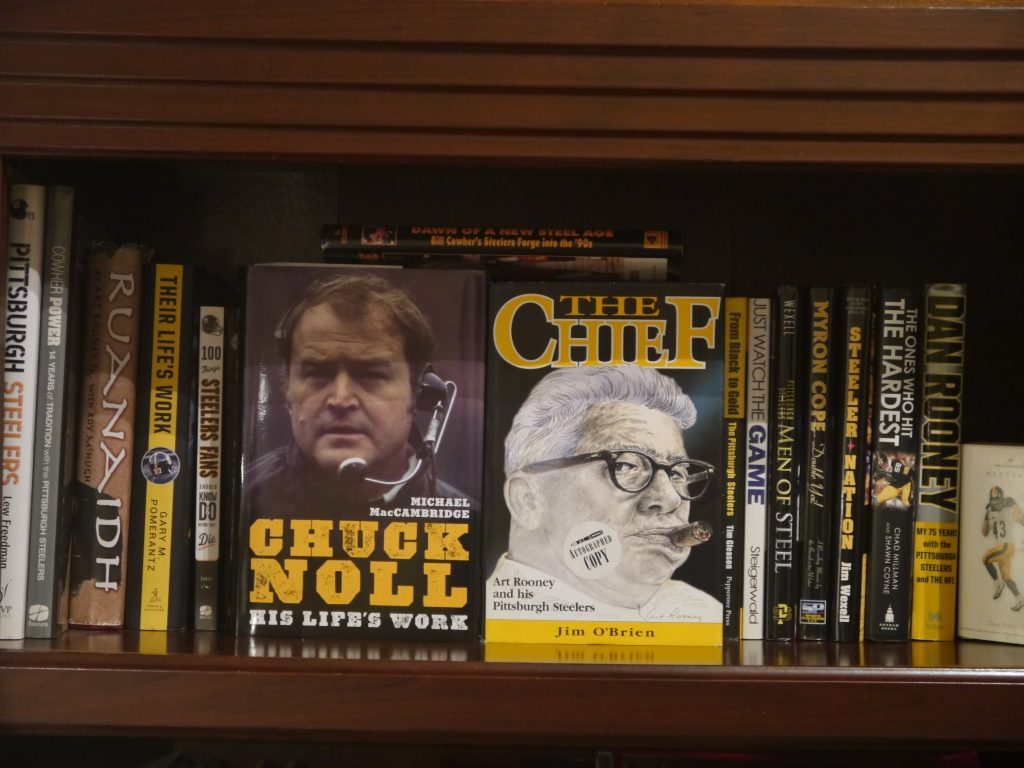 A quick look at the results thus far reveals two observations – There’s a lot of love for Michael MacCambridge’s authorized biography of Chuck Noll; not so much for the work of Jim O’Brien.

Since first posting the poll, yours truly has had a chance to read MacCambridge’s His Life’s Work cover-to-cover, and this is one book that has truly earned every word of praise that has been heaped upon it. Was there ever a football coach less interested in promoting himself than Chuck Noll? Probably not. That didn’t make MacCambridge easy, but he tackled it with the effectiveness of Joe Greene participating in his first training camp Oklahoma Drill at St. Vincent’s.

While we’re at it, let’s add in a good word for Jim O’Brien. It’s true that his books aren’t as well known, and perhaps come across as collections of individual essays or profiles, but O’Brien clearly understand the Pittsburgh Steelers organization and culture, and he conveys that in his writing. And his books contain valuable insights into Rod Woodson’s departure from the team, Dan Rooney’s relationship with Al Davis, and much, much more.

Their Life’s Work, Gary Pomerantz is also finding a lot of love, not unsurprisingly, as are the books authored by Dan Rooney and Art Rooney Jr., as is Three Bricks Shy of a Load, which was a write in entry.

Myron Cope’s Double Yoi, Jim Wexell’s Steeler Nation, and Steelers Take Aways, another write in, are showing respectably, but after that pickings get pretty slim.

To that end, we’ll had add a quick clarification. Our recap of Jim Wexell’s Men of Steel read like this: 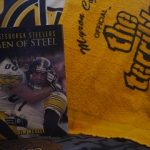 When Jim Wexell read this, he inquired as to what the errors were, which led to some back and forth with the author. While I’ll stand by my initial assessment of the book, I will also emphasize that the book’s strength’s certainly outweigh any weaknesses, as any book that pieces together a cohesive narrative encompassing the likes of Lynn Chandnois, Jack Butler, Dick Hoak, Jack Lambert (yes, Wexell scored a rare interview with Lambert), Dwayne Woodruff, Bubby Brister, Kevin Greene, Hines Ward and Ben Roethlisberger (among others) would.

Which isn’t to say that these are the only books worth investing the time to read. From Dawn of a New Steel Age, to the Ones that Hit the Hardest, to the other books mention, there’s something their for Steelers fans of any era to enjoy.

So take time out and vote for your favorites and do it quickly as we’ll be closing the poll before the sun sets on the summer, hopefully making way for a fall and winter that sees the Steel Curtain Rise once again!