It is said that you really reach fluency in a second language when you feel comfortable enough to joke around in it. I can attest to that reality. After 4 or 5 years of living in Argentina, that I was able to call (and this was before caller ID reached universal status) and greeting them with “Hola, gallego“* and delight in their utter inability to figure out who I was.

The Steelers struggles against the Browns gave me the chance to turn the paradigm on its head:

A few days after the Steelers narrow win over the Browns, I WhatsApped my friend, and sometime site writer, Gustavo Vallegos, El Dr. de Acero, asking what another friend, who is a notoriously harsh critic of the team at times, had thought of the game. HE hadn’t heard from our friend, but offered his own criticism:

For those of you who don’t read Spanish, what Gustavo is talking about is the Ben Roethlisberger to Martavis Bryant bubble screen passes, and the entire Todd Haley horizontal offense the Steelers tried to mount, instead of trying to pound the ball with Le’Veon Bell or hit Bryant and Antonio Brown downfield.

But the key word there is “choto….”

“Choto” is a very Argentine word, and is likely exclusive to the dialect of Spanish spoken in the Rio de la Plata. What does “Choto“ mean….

…Well, this is a family friendly site, so any translation needs to be made with care. “Choto” means to, hum, let’s say a certain piece of the male anatomy that’s short, and one that comes up short at shall we say in opportune times. “Gallego,”* which in certain contexts can be highly disrespectful also has much more affectionate, and playful uses.

And that’s the beauty of this anecdote. There’s no real English translation of “choto,” there’s no single English word or expression that carries the exact cultural or linguistic weight. Yet, “choto,” very much describes the play of the Steelers offense, save for Antonio Brown and Jesse James, on Sunday against the Browns.

With all that said, I realize this could quite well be the linguistic equivalent of a “You had to be there” type of moment. If so fair enough. But if you can’t quite fully grasp the linguistic side of it there’s something else that you should be able to hang your hat on…. 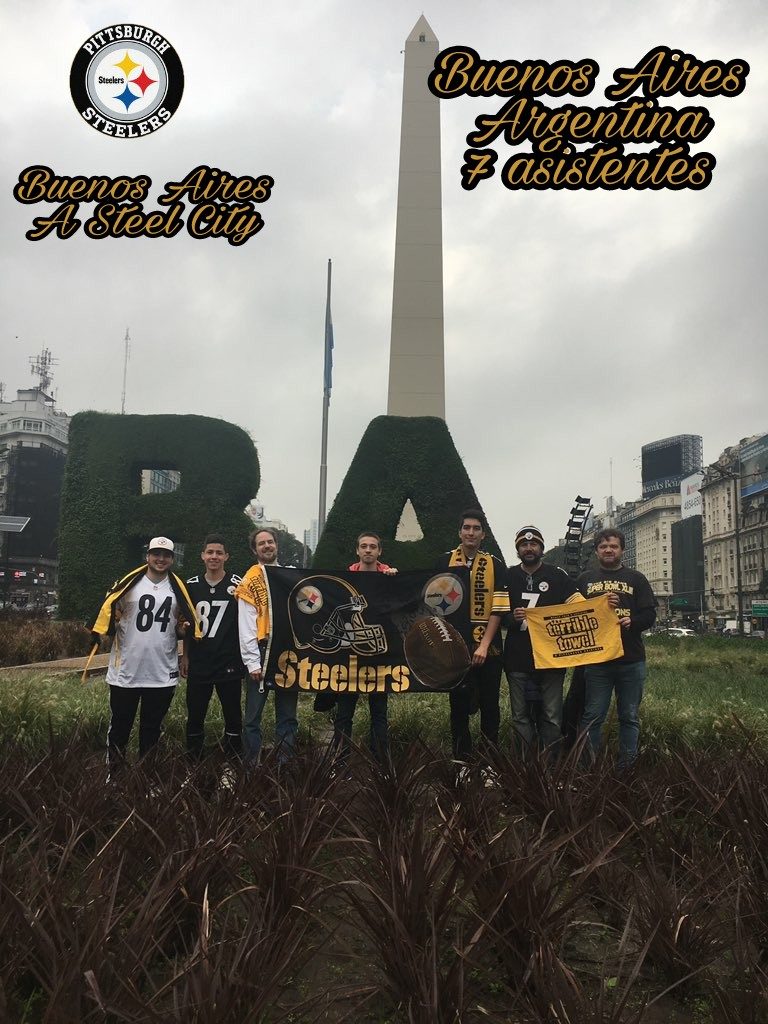 The Steelers Nation’s colony in Argentina might be small, but the porteños are making Steelers football their own!

*Taken literally a “gallego” as an immigrant or a descendant of an immigrant from the province of Galacia, in Spain; colloquially saying “Hola gallego” is sort of like saying  “What’s up hoss?” albeit it comes with an affectionate barb, because the stereotype of a gallego is someone who is always a half step-behind the times.

And if you want to follow an Argentine who does really know something about Steelers football, follow: