Bloggers live to brag when we’re right. But as the Steelers resign Stephon Tuitt to a six-year $61-million dollar contract-extension on Saturday, this is a blogger who is rejoicing to be wrong.

As per Pittsburgh Post-Gazette beat writer Gerry Dulac, who covers the team on a daily basis, the deal will keep Stephon Tuitt in Pittsburgh through the 2022 season:

FYI to those asking: Tuitt's new deal is 6 years — this year and five more to follow. That's six. Total for six years is $61.05 million.

Shortly after Stephon Tuitt fell to the Steelers in the 2nd round of the 2014 NFL Draft, Steel Curtain Rising praised the move, but openly mused about whether Tuitt would end the run of bad luck the Steelers had suffered with 2nd round defensive linemen AND players drafted from Notre Dame. 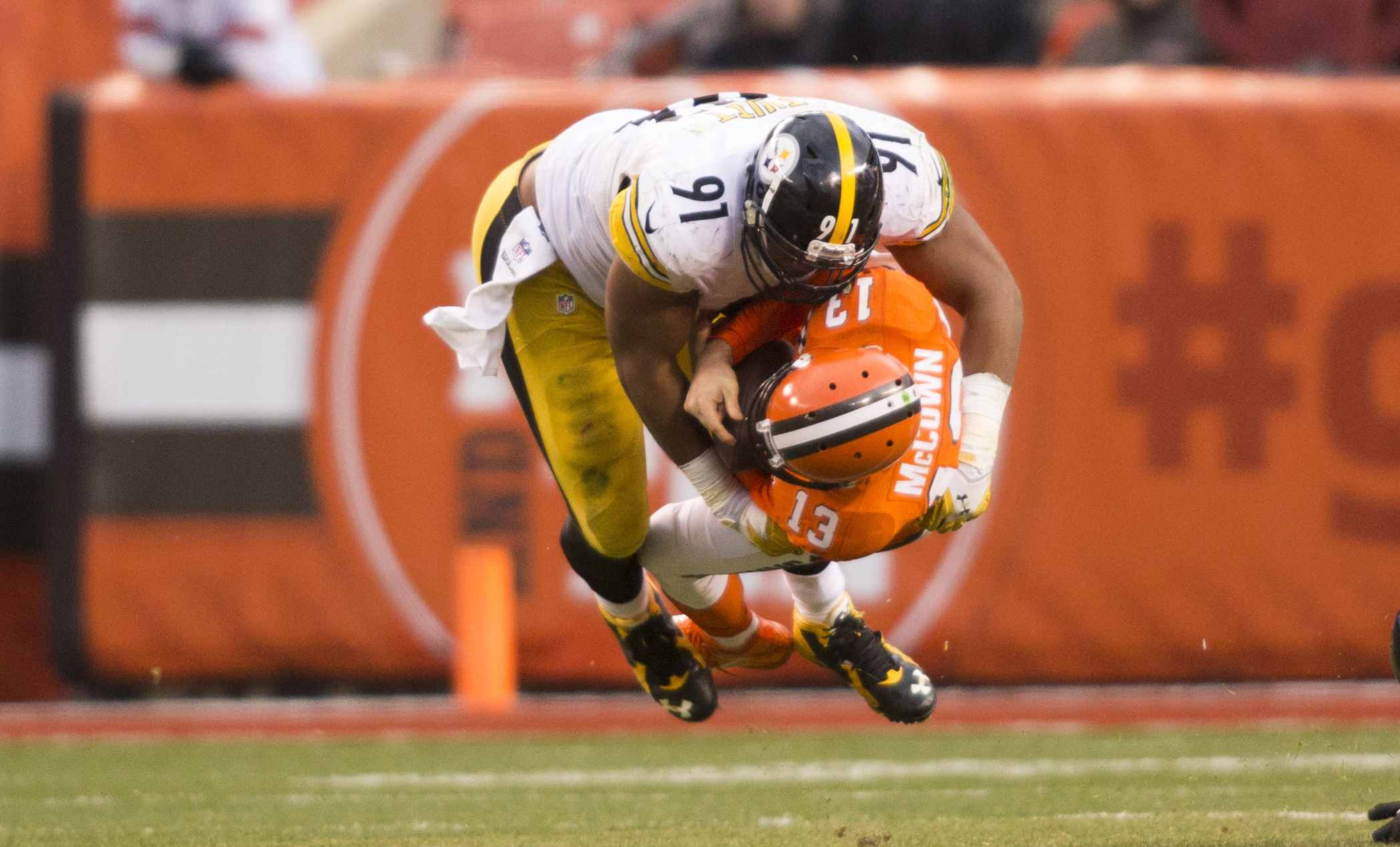 In fact, Tuitt began proving that almost as soon as he arrived in Pittsburgh. Steelers defensive line coach John Mitchell rarely plays let alone does he start rookies not named Casey Hampton. And he stuck to that script early as fans alternatively cheered and jeered as Brett Keisel and Cam Thomas played while Stephon Tuitt watched from the bench.

Then came the faithful, final game of the “Four Warhorses,” the Steelers November 2014 loss to the New Orleans Saints that saw James Harrison, Ike Taylor, Brett Keisel and Troy Polamalu‘s final appearance on the same field together.

Brett Keisel would of course fall injured in that game, ending his career and opening the door for Stephon Tuitt.

Since ascending to the top of the depth chart in his rookie year, Tuitt, 24, has started 32 games. Overall, for his three-year career, Tuitt has recorded 80 tackles and 11.5 sacks.

Along with veteran and team captain Cam Heyward, who is signed through the 2020 season, and second-year nose tackle Javon Hargrave, the Steelers boast one of the best front-three in the NFL.

While he has yet to break through and achieve superstar status, his lucrative, new deal is an endorsement from his team that the best is yet to come for Stephon Tuitt.