The Steelers game ball winners poll following the Steelers 29-14 win over the Bengals at Heinz Field generated a lot of participation, with votes being cast across both sides of the ball, including several write ins and with ties resulting across the ballot.

Scroll down below the photo of this week’s top vote getter to review the full results! 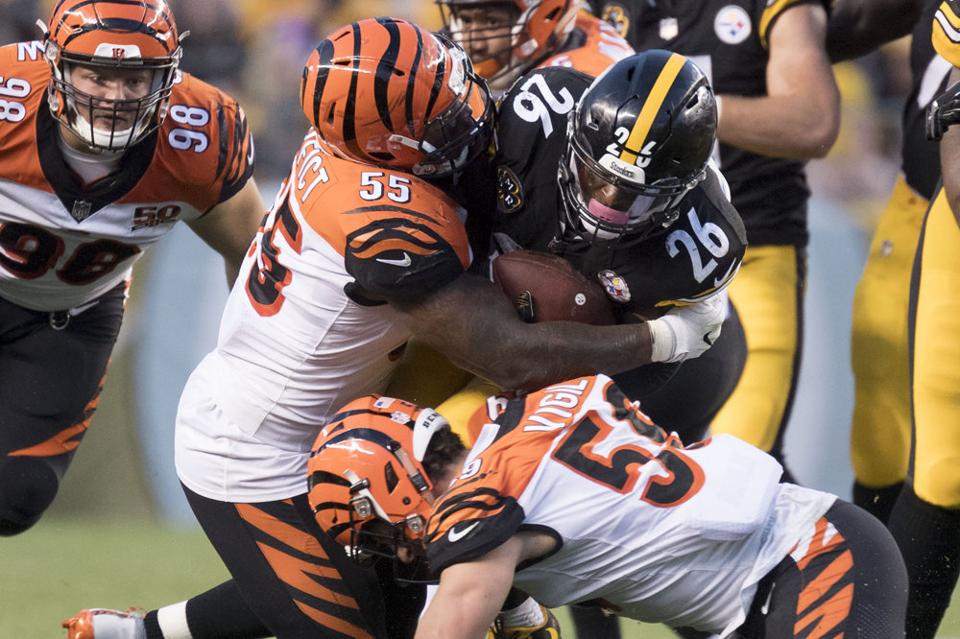 The second slot yielded a pleasant surprise, as Roosevelt Nix tied with Ben Roethlisberger with 10 votes. Nix was instrumental in paving the way for Bell. The fullback is largely an anonymous (and largely disappearing) role in today’s NFL so it is nice to see Nix get recognition.

Fourth place brought yet another tie, with David DeCastro and Robert Golden netting eight votes (interesting that Golden would poll 4 times more votes than the guy who caught his pass). They were followed by yet another tie a slot below, as Bud Dupree and Joe Haden both polled 6 votes to split 5th place.

As always, Steel Curtain Rising thanks you our beloved readers for taking time out to vote and gives special nod to those who took the time to cast write in votes.