Taken from the gradebook of a teacher who was very satisifed with his student’s performance, here is the Pittsburgh Steelers Report Card for the 2017 road win over the Baltimore Ravens. 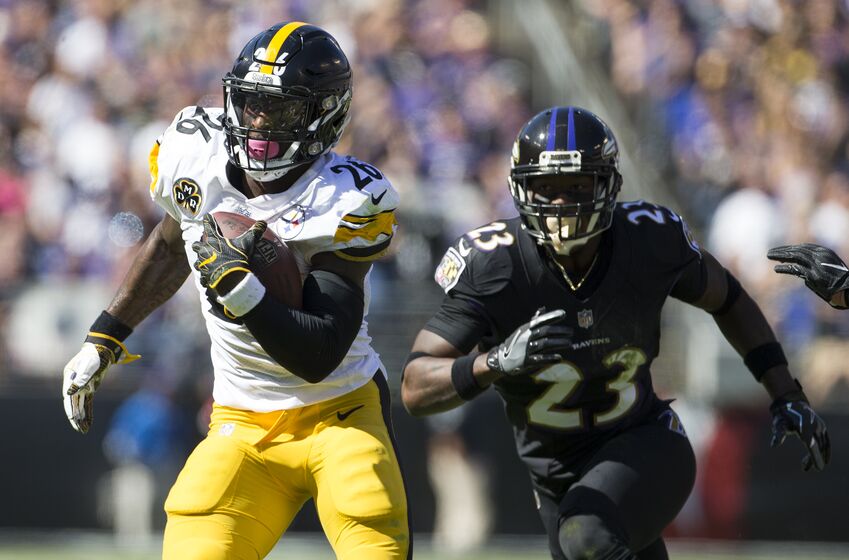 It seems as if Ben Roethlisberger hasn’t been at his best so far this season, but he did look a little better on Sunday, completing 18 of 30 passes for 216 yards, one touchdown and an interception that was entirely out of his control. There was the failure to see a wide-open Antonio Brown on a play in the first half that would have been an easy touchdown (the blame for this has been disputed). And there was the hurried throw to a wide-open Martavis Bryant in the fourth quarter that would have led to a 60-yard score. But Roethlisberger also made the throws he needed to make. The word being thrown around by the local sports media regarding Roethlisberger’s performance is “game-manager,” something not heard since his rookie year. Grade: B-

What more can you say about the performance of Le’Veon Bell? Thirty-five carries for 144 yards and two touchdowns. Bell looked like the All-Pro running back everyone was used to, and the Steelers offense looked much like it did during its nine-game winning-streak a year ago. As for rookie James Conner, he had just four carries for 26 yards, but he provided a spark on the offense’s first drive, when he rattled off a 23-yard run on second and 18, one play after Roethlisberger suffered his only sack of the day. Fellow youngster Terrell Watson only carried one time for one yard, but it came on third and one, as he did the job in his apparent new role as a short-yardage specialist. Grade: A+

Jesse James turned in a Jesse James-like performance, catching three passes for 40 yards. As for the newly-acquired Vance McDonald, he dropped the only pass thrown his way, a pass that would have gone for a fairly-large gain and would have perhaps lessened the worry about his quarterback’s performance. Unfortunately, it didn’t lessen McDonald’s reputation for dropping passes. However, he did a pretty decent job blocking, and given the effectiveness of the ground-game, that cannot be discounted. Grade: C-

The Ravens effectively took Brown out of the game, limiting him to just four catches for 34 yards. As for Bryant, for the second week in a row, he could have been the deep threat consequence to the opposition putting too much focus on Brown, but for the second week in a row, he wasn’t and contributed just 48 yards. However, rookie receiver JuJu Smith-Schuster, getting the start in the slot for the healthy-scratched Eli Rogers, had himself a bit of a day, pulling in three passes for 47 yards and an 11-yard touchdown late in the first half that broke the game open. Grade: C-

The line finally seemed to develop the kind of chemistry needed to mesh with Bell’s unique running-style. As for the pass-protection, Roethlisberger was only sacked once and was only hurried a few times. However, the Ravens front-seven was a bit decimated due to injuries, and there was the matter of those six penalties that stalled more than one promising drive. Grade: B-

Man, what a day for this crew, specifically defensive end Cam Heyward, who registered two sacks, along with a forced fumble and a recovery of said fumble. Again, Heyward looked like a man among boys, and it sure helped that Stephon Tuitt played his first full game of the season, after injuring his biceps in Week 1. Javon Hargrave did his job clogging up the running lanes, which helped limit the Ravens to just 82 yards on the ground. Seventy-three of those yards came on two runs, which is either extremely impressive (only allowing nine yards on the other 13 rushes) or a bit worrisome (will teams like the Jaguars and Chiefs be able to exploit the Steelers ground-game much better than the offensively-challenged Ravens)? Finally, a shout-out to L.T. Walton, who pressured Joe Flacco on a fourth quarter pass that was intercepted by Ryan Shazier. Grade: A

Shazier was the proverbial beast at inside linebacker, recording 11 tackles (10 solo), the aforementioned interception and a tipped pass that led to a second pick. Bud Dupree looked explosive at outside linebacker and was credited with half a sack. And if you’re going to give the defensive line credit for containing the run much better than the previous week, you must also credit the linebackers. Rookie T.J. Watt, back in the lineup after missing Week 3, was in on four tackles and did a really good job of setting the edge on running plays, something Anthony Chickillo was criticized for not doing at Chicago. Grade: B+

After struggling a bit over the first three weeks, safety Sean Davis had his best game of the season, posting five tackles and a pass defensed. As for J.J. Wilcox, filling in for an injured Mike Mitchell, he was steady. Same could be said at cornerback for both Joe Haden and Artie Burns, who were barely noticeable, as Mike Wallace led the Ravens in receiving yards, with 55. And what more can you say about Mike Hilton, who has become the slot corner from Mississippi that Senquez Golson never was?

In addition to registering a sack early in the second half, Hilton also had a pass defensed and a game-clinching interception late in the fourth quarter. Grade: A

Brown was reinserted as the punt returner, but only tallied 15 yards on two returns. Chris Boswell missed a 44-yard field goal. As for the kick-return coverage, it was spotty, allowing 96 yards on four returns, but it certainly wasn’t a detriment to success. Grade: C+

Given the backdrop of the anthem drama as well as having to travel to a place in M&T Bank Stadium, where he hadn’t won since 2012, Mike Tomlin had his team focused and prepared. The team players were business-like and methodical in their approach to the game and really didn’t let emotion become a factor.

Todd Haley’s game-plan was undoubtedly to feature Bell against Baltimore’s injury-riddled defense, and the offense didn’t deviate from that plan very much. There has been some criticism in the team’s apparent decision to take the air out of the ball in the second half, but given the Ravens offensive woes, the only way they were going to get back in the game was with turnovers.

On defense, not much you can say about Keith Butler’s unit that isn’t glowing. The defense was fast, relentless and very disciplined, given that it was only called for one penalty on the day. Grade: A

Fullback Roosevelt Nix. If there’s ever an unsung hero, it’s a back who doesn’t register one carry in a game in-which his team rushes for 173 yards. But Nix is there to block, and it’s kind of hard to argue with the results.