Our Steelers Thanksgiving Honors tradition started in 2009. And while the Steelers were only 3 games into their notirous 5 game losing streak, things had not gone well, but Rashard Mendenhall was an undoubted bright spots, so he earned the inaugural honors.

Since then its gone to an up and coming contributor, such as Antonio Brown in 2011, Cam Heyward in 2013 or Le’Veon Bell in 2014. But this year our Steelers Thanksgiving Honors are as much about looking back as they are about the present, and it is only fitting that Ben Roethlisberger win the award. 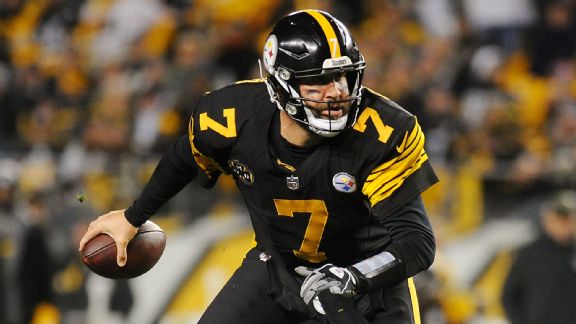 So why break tradition and award Thanksgiving honors to Ben Roethlisberger? Let’s start with this one fact: Since the Pittsburgh picked him in the 2004 NFL Draft, Steelers Nation has never celebrated a Thanksgiving holiday where the men in Black and Gold haven’t been in the playoff picture.

But Ben Roethlisberger and the Steelers have gone into the final game of the season with at least a mathematical shot at the playoffs in all but two seasons since his arrival in 2004. Fans in places like Cleveland and Washington would beg for their team to have enjoyed playoff viability in the season’s final week even 25% of the time during that span.

One being a franchise quarterback, that is. And he’s right. As the 2014 had slipped to 3-3 after losing on the road to the Cleveland Browns, Steel City Insider’s Jim Wexell penned what was and remains perhaps the best article written about the Steelers in the Post Super Bowl XLV era titled, “Deja Vu All Over Again.”

The difference, Wexell argued, was that the Mike Tomlin’s ’12, ’13 and ’14 Steelers benefited from having Ben Roethlisberger at quarterback as opposed to struggling with Kordell Stewart (note, struggling is my term, not Wexell’s.) 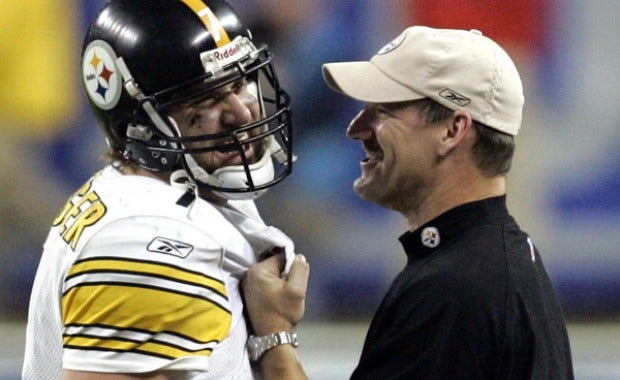 There are many reasons why Bill Cowher and Tom Donahoe’s Steelers teams of the 1990’s knocked on heaven’s door but always failed to break through.

Kevin Colbert’s stellar record with 1st round draft picks and his uncanny knack for signing undrafted rookie free agents (hello James Harrison, hello Willie Parker) are two of those. While those are important, remember that Colbert and Cowher were brides maids who failed to become brides in ’01, even though they had Hall of Fame running back Jerome Bettis in his prime.

Ben Roethlisberger gave, and continues to give the Steelers something that they missed since Terry Bradshaw elbow popped on that fateful day at Shea – a quarterback who is truly talented enough to win it all.

But we do know that Ben Roethlisberger is the Pittsburgh Steelers quarterback now, and for that Steelers Nation should enjoy it and give thanks.

Happy Thanksgiving From All of Us at Steel Curtain Rising

We’ll conclude as we do every year at Thanksgiving. Thanksgiving is one of the noblest of US holidays. It cuts across all races, creeds and economic backgrounds. And, the abomination that is Black Friday not withstanding, unlike Christmas or Easter, you can’t corrupt Thanksgiving through commercialization.

While we enthusiastically offer our Steelers Thanksgiving honors, we do so with the caveat that we sincerely hope that each and everyone of you has many, far more important non-football reasons to give thanks this Thanksgiving.

So we trust and hope you’re enjoying the day and surrounded by family friends. Happy Thanksgiving Steelers Nation.