Taken from the grade book whose pleased to see his upper classman hit their stride but dismayed by the drop off from his under classman, here is the Pittsburgh Steelers Report Card for the win over the Packers. 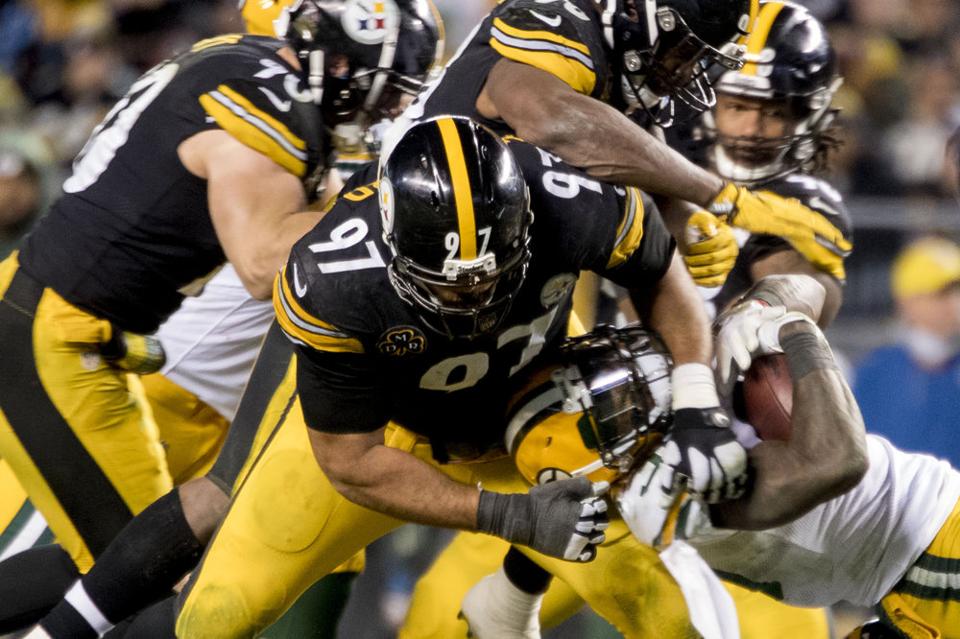 Running Backs
The Packers run defense didn’t leave a lot of rushing room early on, but Le’Veon Bell was patient, and ended up just below the century mark on the ground. Moreover, Bell seems to be recovering his rappot with Roethlisberger in the short passing game, and that was a true difference maker for the 2nd straight week. Bell did fumble, which brings his grade down. Slightly. Grade: A-

Tight Ends
Xavier Grimble caught a shovel pass to get the Steelers on the board and convert their first Red Zone opportunity. Jesse James had 3 catches but one notable drop. The blocking from this group was solid, but not spectacular. Grade: B

Wide Receivers
Is there a better wide reciever in football than Antonio Brown? Good luck trying to make that case. Antonio Brown was simply spectacular the entire evening, coming up with the ball whenever the Steelers needed it. Martavis Bryant had a touchdown on a text book fade pattern and made some other drive sustaining catches. But he also had a drop and Eli Rogers had several, although he rebounded with catches later. Justin Hunter had a drop on his only target and one has to wonder if Darrius Heyward-Bey should get the nod instead of him. Grade: B+

Defensive Line
The Steelers defensive line kept the Packers running game more or less in check throughout the night, although Green Bay did get some traction early on and then again in the Red Zone. The defensive line accounted for all three sacks. Stephon Tuitt had a tackle for a loss, as did L.T. Walton who also had a critical sack. A very good night for the defensive line. Grade: B+

Linebackers
T.J. Watt had a sack on the Packer’s final possession which should have been flagged, nonetheless it was a heads up play as Brett Hundley could have done some damage with a scramble. T.J. Watt also defensed a critical pass as did Ryan Shazier who led the Steelers in tackles. Vince Williams and Bud Dupree had 4 tackles with Vince dropping one of his men behind scrimmage. Grade: B 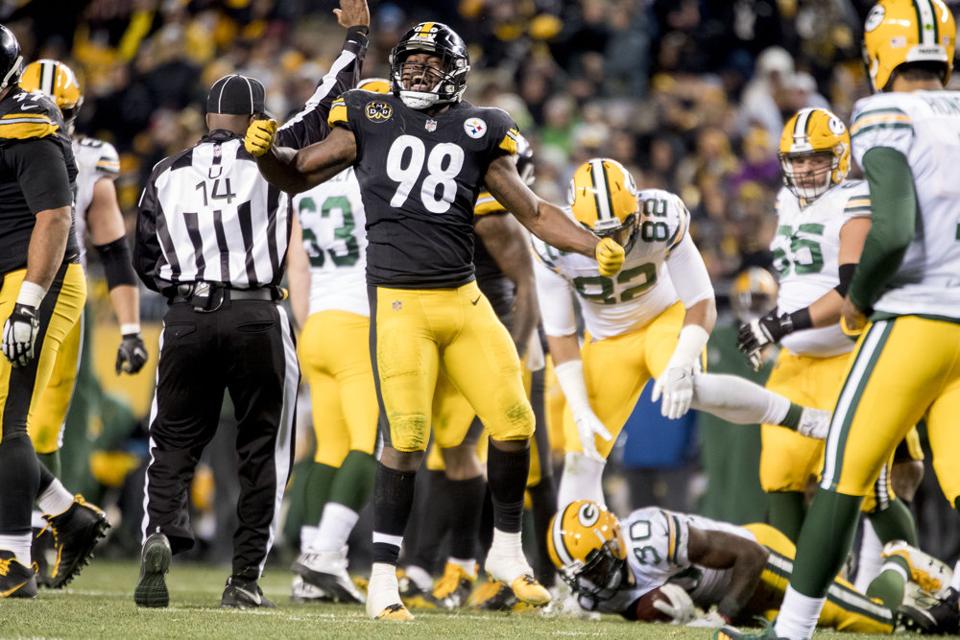 Secondary
The Packers threw touchdown passes for 49, 54 and 55 yards. And while the screen pass wasn’t entirely on the shoulders of the Steelers secondary, they bear responsibility for the break down. Artie Burns bit badly on a double pump, tackled poorly in many cases, and Coty Sensabaugh got burned one of the 50 plus yarders. Stats like third down conversions suddenly become irrelevant when opposing teams can count on covering half the field on any given play. Grade: F

Special Teams
The opened the game with their longest kick return of the season and Jordan Berry’s punts were sufficiently well placed and/or had enough hang time that the Packers declined to return them. Kickoff coverage was solid. Steelers missed on a an extra point, but Chris Boswell came through by kicking a Heinz Field record tying 53 yard field goal as time expired. Can’t ask for (much) more than that. Grade: A-

Coaching
It would be easy to say that the Steelers almost fell into another Tomlin trap game or that Tomlin’s comments about the Patriots and the subsequent closeness of the context indicated a lack of focus on the part of the coaching staff.

While the Steelers offense did suffer from some execution errors, they got production out of their key starters all night, and Todd Haley’s overall game planning was solid, and his unit did score four touchdowns including 3 from inside the Red Zone as well as making a 2 point conversion.

Since Joe Haden left the field injured, the Steelers have given up a 57 yard touchdown pass in every 27 and a half minutes of play.

Whether the root cause of these breakdowns is the cause of scheme, execution, personnel or some combination thereof, the Keith Butler and Mike Tomlin must fix it, quickly.

Count the Steelers win against the Packers as another “closer than expected win.” But the Steelers are nonetheless finding ways to win those. And Mike Tomlin gets credit for that. Grade: C- 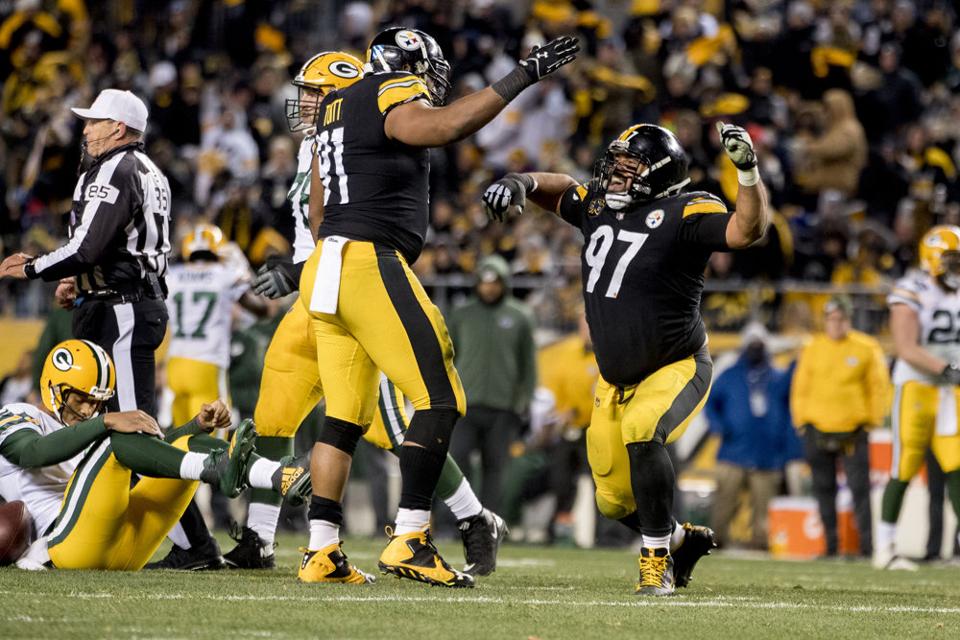 Unsung Hero Award
In the past we’ve metaphorically referred to him as “One Man Wrecking Crew.” But against the Packers he literally was the only member of his unit to take the field on a number of downs as the Steelers went into a 1-4-6 alignment.

He also had another sack, and dropped 3 Packers ball carriers behind the line of scrimmage, and for that Cam Heyward is the Unsung Hero of the Steelers win over the Packers.