When the Pittsburgh Steelers drafted Ryan Shazier with the 15th pick of the 2014 NFL Draft, one of the first things head coach Mike Tomlin said about the young lad out of Ohio State was that he was “splash-play capable” (or whatever “Tomlinism” the coach used at that moment).

Maybe that’s why it was no surprise that Ryan Shazier made splash play after splash play in the very exciting and memorable wild card victory over the Bengals following the 2015 season–including a miraculous forced fumble in the final two minutes, which came just one play after it appeared backup quarterback Landry Jones threw the season away to villain linebacker Vontaze Burfict. 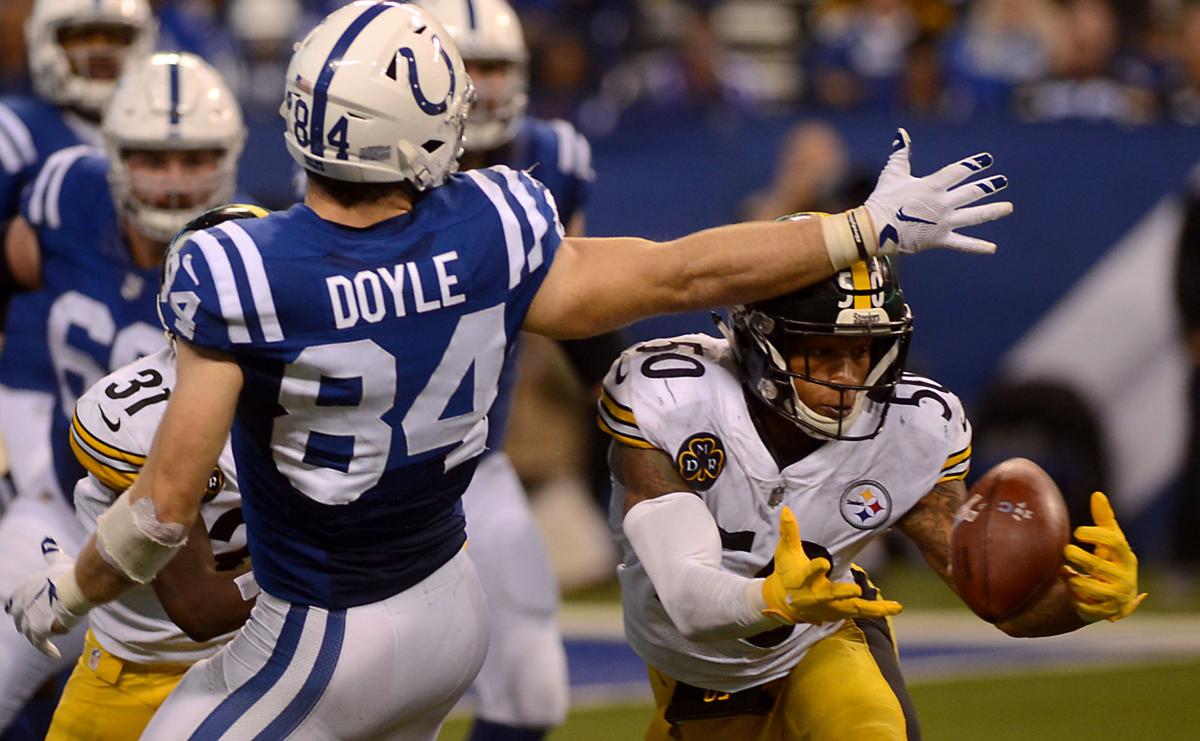 Ryan Shazier’s interception against the Colts was a clutch play that came at a critical moment. Photo Credit: Joseph C. Garza, CNIH Indiana

Which brings us to the 2017 campaign, specifically this past Sunday afternoon in Indianapolis, where the Steelers were struggling mightily against a 3-6 Colts squad that came into the day having only beaten one team that had beaten other teams (the Colts other two victories came against the winless Browns and the at-the-time winless 49ers).

With the offense struggling once again, the Steelers defense not only needed to shut Jacoby Brissett and the rest of Indianapolis’ offense down, it needed to come up with a huge splash play that put the offense in premium field position.

With the Colts facing a third and eight from their own 13, a quick pass from Brissett bounced off  the hands of tight end Jack Doyle, before Shazier, in a Troy Polamalu-like display of otherworldly hand-and-eye coordination, quickly corralled it before being tackled at the 10.

If you were skeptical that quarterback Ben Roethlisberger, Le’Veon Bell, Antonio Brown and Martavis Bryant et. al. would fail to parlay this gift into a touchdown, I don’t blame you. Fortunately, with the help of Vance McDonald they cashed-in to the tune of the maximum eight points and a tie game, before going on to win, 20-17, on a last-second field goal by Chris Boswell.

Speaking of the legendary Polamalu, after he and the rest of Dick LeBeau‘s defense got old in the early-2010’s, there was a very noticeable lack of splash plays, the kind that could ultimately change the course of a game (how many times had No. 43 done so in his prime)?

It’s hard to win in the NFL without an opportunistic defense, and it’s even harder when you don’t have a player who can often come up with a clutch interception, fumble recovery or just a timely hit that forces one.

After a rather-impressive rebuilding of the defense under new coordinator Keith Butler, the unit is full of young, fast defenders who are capable of making a splash play at any time.

But Ryan Shazier, with his unique blend of speed and explosiveness, is often the one who makes the biggest splashes of them all.