The men in the Steelers locker room might complain about Thursday Night Football games, but if Pittsburgh is going to play like it did in the 40-17 win over the Tennessee Titans, then perhaps Mike Tomlin, Kevin Colbert and Art Rooney II should petition the NFL to play on Thursday night every week. 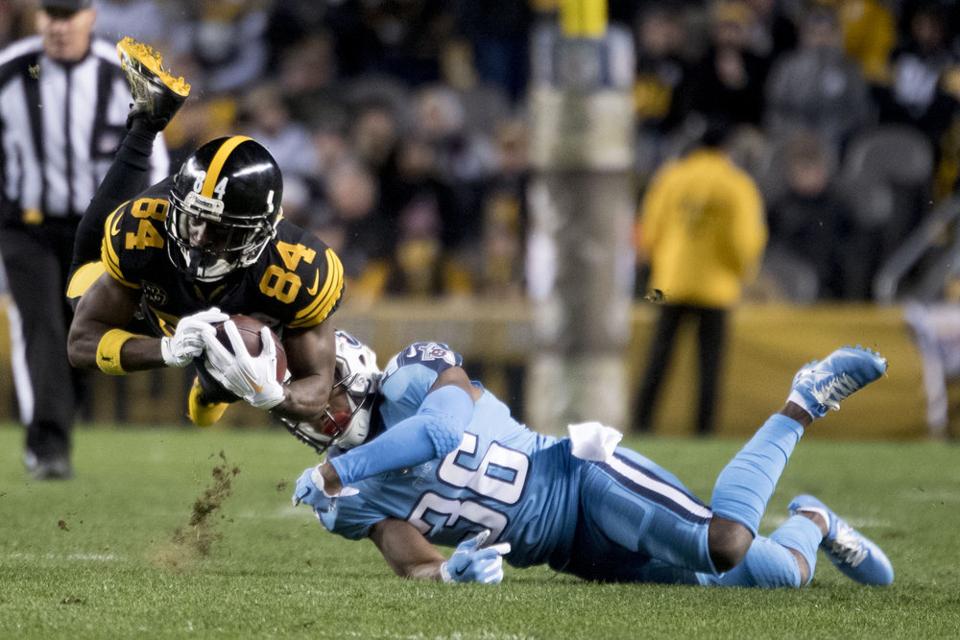 As we do after every Steelers victory, we invite you the readers to cast your votes for Steelers game ball winners. Here’s a look at the ballot:

Leading the ballot for the obvious reason is Antonio Brown, who after a few quiet weeks on the road, exploded for 10 catches for 144 yards and more importantly, 3 touchdowns including two in the Red Zone. Behind him is Ben Roethlisberger, who played his best football of the season, throwing for just under 300 yards, tossing 4 touchdown passes and not turning over the ball.

Le’Veon Bell also earns a spot on the ballot. Although Le’Veon didn’t have a lot of success running, he was the team’s number 2 pass catcher and that kept the chains moving. We’re also giving a nod to Jesse James, who caught the Steelers “walk off” touchdown and pulled in 5 passes on the night.

While Dick LeBeau might not have the talent at his disposal that he had while he was coaching in the Steel City, the Tennessee defense is pretty good, stout against the run and LeBeau knows the how the Steelers offense works. While the ultimate difference may have been more a question of execution rather than game planning, the scoreboard confirms that Haley got the better of LeBeau.

Cameron Heyward continued to play as one of the league dominante defensive lineman with two sacks, and 2 and a half tackles behind the line of scrimmage. Stephon Tuitt also had a strong night, and gets a ballot slot thanks to his sack. Mike Hilton had the night’s first interception, which set up a Steelers score.

Next we look to Vince Williams and Sean Davis who had a late sack and late interception, respectively. They’re followed by Ryan Shazier and L.T. Walton, with Shazier leading the Steelers in tackles, and L.T. Walton scoring a late sack.

The Steelers win over the Titans ended at 1:30 am here in Buenos Aires, and the work day looms. So please check back later for our full analysis of the Steelers Thursday Night Thumping of the Titans.