The Pittsburgh Steelers offense of 2017 has seen its share of ups and downs.

We need not rehash what Steelers Nation suffered through since September in too great of detail. Everyone, including the team itself, expected the Steelers 2017 offense to dominate and it hasn’t and it didn’t, at least not until the Titans and Packers games.

Yet through it all there’s been one constant the Steelers offense has been able to count on: Antonio Brown. 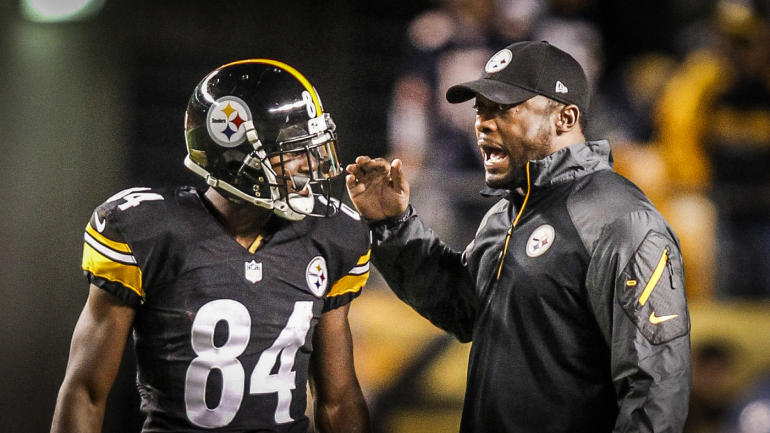 Antonio Brown has been playing lights out all season for the Steelers. Yes, for a couple of three games his targets and his catches dropped, but even if JuJu Smith-Schuster did grab headlines against the Lions and Colts, Brown still made critical catches.

That’s all good news, but as the Steelers prepare to travel to face the Cincinnati Bengals at Paul Brown Stadium on Monday Night Football they may need to find away to remove a thorn from the tiger’s paw.

Injury report coming later but Ryan Shazier said he will play. Not looking good for Antonio Brown. Left the building with his kids.

The Standard is the Standard. Injuries will not be an excuse. We’ve heard that before, and to Mike Tomlin’s credit, his players embrace that mentality. Fine. But the reality is that Road Roethlisberger isn’t the same quarterback as Heinz Field Big Ben, and Antonio Brown is a Hall of Fame talent that has helped make Ben Roethlisberger a better quarterback in those situations.

But Coty Sensabaugh and Artie Burns are both struggling, and the smart money on the Steelers has said that their playoff hopes have rested more on the offense’s ability to outscore the opponents if/until Joe Haden can reclaim his starting spot.

An Antonio Brownless Steelers team on the Bengals will certainly put that idea to the test.