The Pittsburgh Steelers 39-38 win over the Baltimore Ravens clinched the franchise’s second consecutive AFC North Championship. Winning in such dramatic fashion without Ryan Shazier, must be regarded as a positive because Ryan Shazier was a leader of the Steelers defense.

The true test of leadership is the ability of the rest of the team to excel in a leader’s absence. But it’s also often observed that efforts of those left behind are doomed “poor for the leader’s absence.” Both of those things were evident in Steelers win over the Ravens at Heinz Field, and together they form a new “Elephant” in Mike Tomlin’s room. 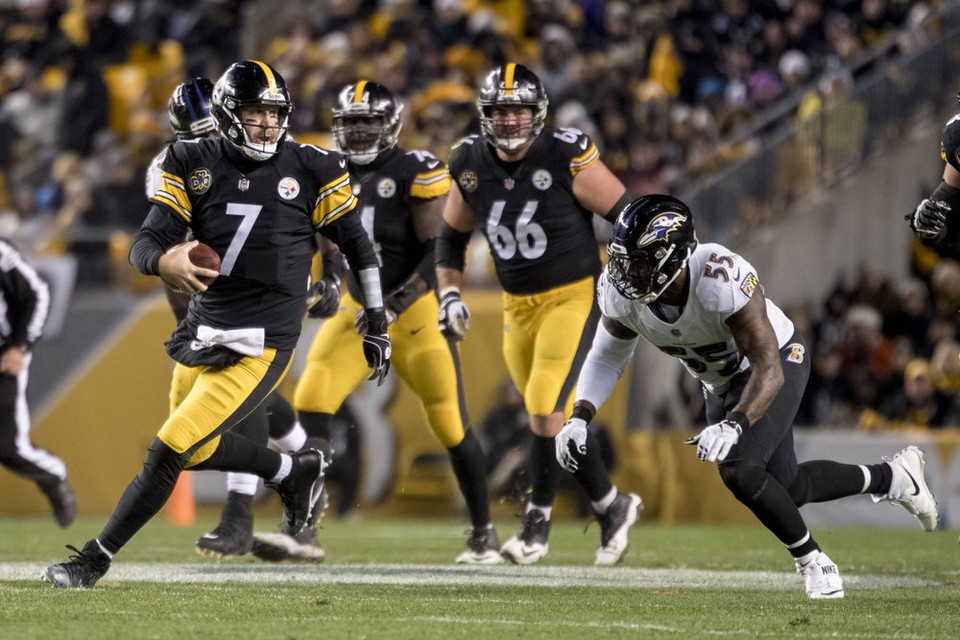 Soaring on the Wings of #Shalieve50

Ryan Shazier might have been in the hospital at UPMC but his teammates certainly made sure everyone at Heinz Field felt his presence on Sunday against the Ravens. Cameron Heyward and James Harrison carried his jersey out of the tunnel during introductions. Several players wore Number 50 shirts under their pads. #Shalieve50 signs littered the stadium.

The entire Steelers roster was feeling the full force of #Shalieve50 and it was a beautiful moment to be a part of Steelers Nation….

The phenomenon of a team rallying around an injured teammate is very real. Last year Cam Heyward’s injury seemed to doom the Steelers 2016 season. But the defense staged a 180, and Johnny Mitchell’s defensive line was very much a part of the change.

And so it was for the Steelers defense in the second quarter. Credit John Harbaugh, Joe Flacco and the rest of the Ravens. To borrow a Tomlinism, they refused to blink. 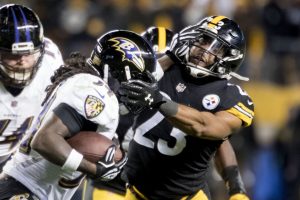 Rather than panic and try to play quick catch up, the Ravens attacked the Steelers defense where it was most vulnerable, running Alex Collins up the middle gouged the Steelers for a couple of decent runs before Chris Moore got ahead of Coty Sensbaugh and behind Sean Davis for 30 yard touchdown pass.

First it was Alex Collins taking a short screen for 37 yards as Arthur Moats, Sean Davis and Vince Williams inexplicable failed to either tackle him or push him out of bounds. After that, came an expertly executed pass fake that saw NBC’s camera, as well as the entire Steelers defense lose track of Alex Collins.

The Steelers answered with another field goal to end the first half, which has been their MO this season. The Ravens had clearly regained their footing. Pittsburgh, in contrast, was wobbling.

If the Ryan Shazierless Steelers defense had begun to wobble in the 2nd quarter, the ground slipped completely out from under Pittsburgh’s in the 3rd period.

The Baltimore Ravens began the 2nd playing from behind and within 14 minutes they transformed a 6 point deficit into a 11 point advantage! In between Pittsburgh’s defense self-destructed in perhaps every way possible, from inane personal fouls, to a costly if questionable Artie Burns pass interference play in the end zone. 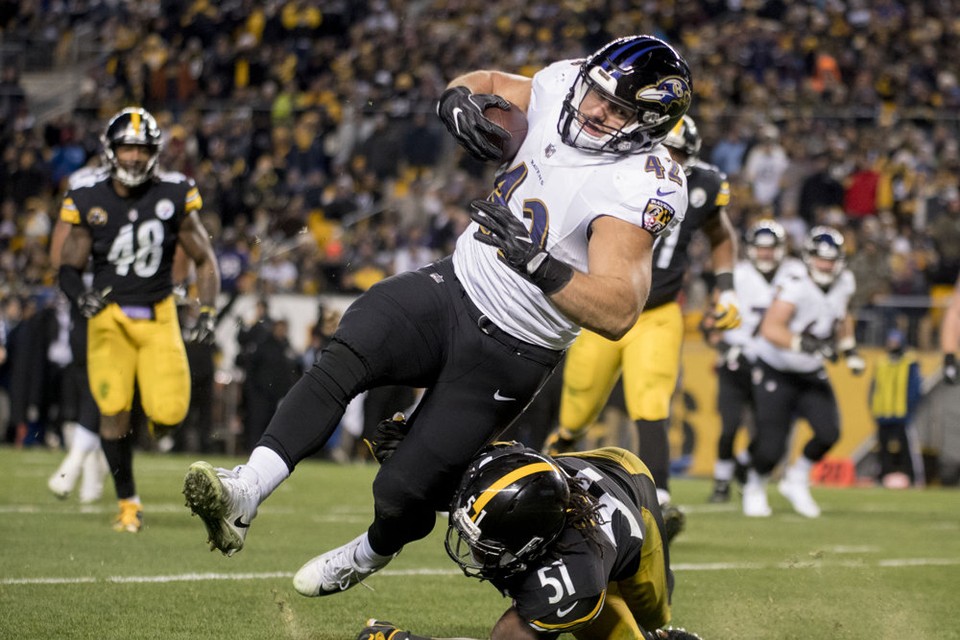 Time will tell if Sean Spence was available in early December for a good reason, but against the Ravens he clearly looked like someone who’d been out of football since October. He failed to get off his blocks, missed tackles and was a half-step behind the Ravens running backs who were tearing through the second level.

While it is hard to pin point the reason why, but for 15 minutes the Steelers offense reverted to the ineffectiveness that plagued Pittsburgh for much of the first half of the season.

While Steelers did manage to begin the 4th quarter with a Chris Boswell field goal, when they got the ball back  with 10:29 left to go, they still faced an 8 point or two score deficit.

It took the duo less than 75 seconds to get the Steelers to the one, where Ben Roethlisberger connected with Roosevelt Nix to pull Pittsburgh within two.

And then, almost as if on cue, Sean Davis and Artie Burns committed penalties, paving the Ravens return to the end zone. So with six minutes left, the Steelers had another 9 point deficit to beat. 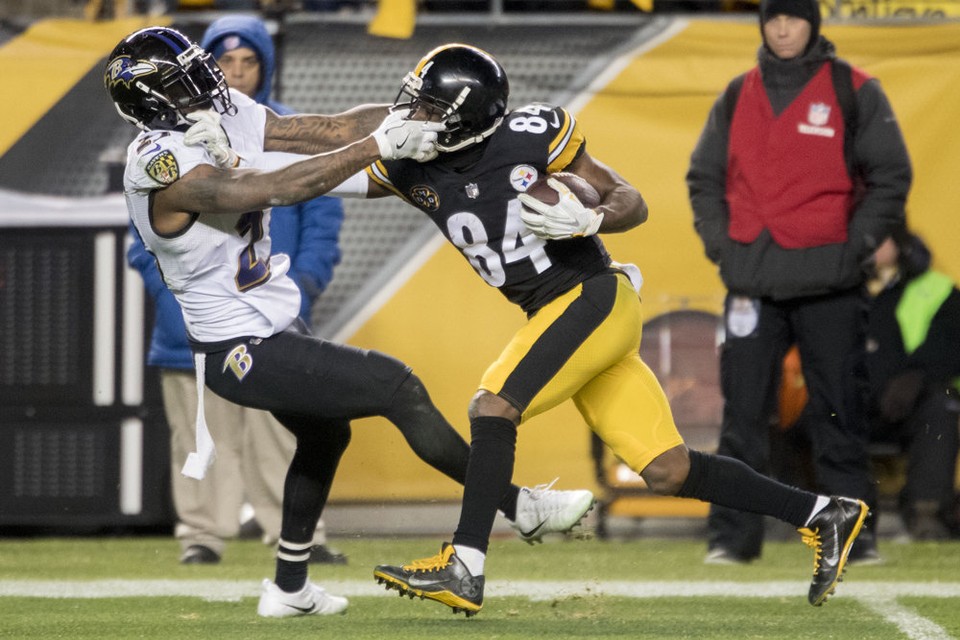 And again, Ben Roethlsiberger, Antonio Brown, Le’Veon Bell and Eli Rogers were up to the task, driving 68 yards in just over 3 minutes to narrowing the score to a difference of two with 3:29 left to play. For once, the Steelers defense found its footing as Joe Flacco failed to convert a 3rd and 3 thanks to some smart work by Arthur Moats and Sean Davis.

From there Ben Roethlisberger, with help from Jesse James, did what he’s done time and time again this season:

Leaving Joe Flacco and the Ravens 42 seconds on the clock is a dangerous thing to do, but Flacco misfired on two deep passes before connecting with Mike Wallace for 15. With one more shot, Flacco faded back, not noticing that T.J. Watt had switched sides strong side to make a strip sack that ended which game.

The Steelers were AFC North Champions

Two weeks ago Mike Tomlin defied conventional wisdom and called out the New England Patriots, and the Steelers have lived on edge since Tomlin acknowledged “The Elephant in the Room.“

To steal an idea for Steel City Insider’s Jim Wexell, the past two weeks have exposed a new Elephant in Mike Tomlin’s room: Andy Dalton and Joe Flacco have carved up the Joe Hadenless and Ryan Shazierless Steelers defenses with relative ease, and neither is the caliber of quarterback that Tom Brady is.

That’s a pretty big elephant to manage inside a “room” that gives Pittsburgh zero margin for error. Unless Joe Haden defies expectations and can play, Tomlin and Butler need to corral the proverbial elephant with the pro football equivalent of spit, duct tape and bubble gum.

But if Tomlin and Butler can pull it off, then the spirit of #Shalieve50 combined with the resiliency of the 2017 Steelers just might carry the day.