The Pittsburgh Steelers and New England Patriots face off today at Heinz Field with home field advantage in the playoffs at stake, and success or failure in this contest will likely hinge on how well the Steelers can live up to Mike Tomlin’s “Standard.” 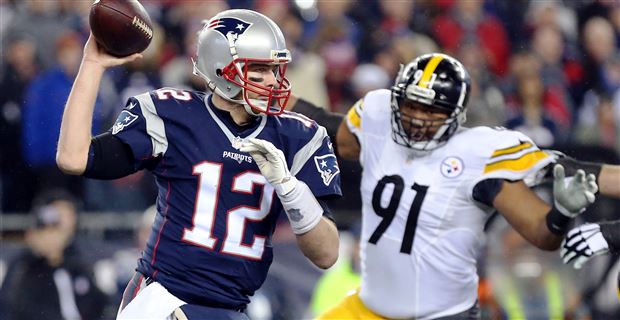 “The Standard is the Standard; Injuries will not be an excuse,” is a credo Mike Tomlin has preached since arriving in Pittsburgh. His philosophy is simple, if you’re good enough to make an NFL roster, you’re in the top half of 1% of the world’s football players, so winning performance is possible.

The Steelers 2016 season offers a perfect example as Stephon Tuitt, Javon Hargrave, Ricardo Mathews (who isn’t even in football this year) and L.T. Walton helped author a 180 degree defensive turn round after Cam Heyward’s injury.

Let’s be clear, the Bill Belichick and Tom Brady’s New England Patriots have dominated Tomlin’s Steelers because they’ve been the better football team. As much as Steelers fans detest it, that’s the harsh “no ifs ands or butts” reality. But its hard to look at recent Steelers-Patriot history and not see that injuries have dominated the back stories:

Even before losing Le’Veon in the playoffs, the Steelers were already entering the game with Cobi Hamilton, Eli Rogers and Sammie Coates as their number 2, 3 and 4 wide receivers behind Antonio Brown.

Of course Martavis Bryant is back and the rest of the Steelers wide receiving corps is healthy going into the Patriots game (assuming JuJu Smith-Schuster plays) Le’Veon Bell (knock on wood) remains healthy. But it’s the Steelers defense that is ailing.

The New England Patriots, in fact, began the rivalry by doing just that when Drew Bledsoe stepped in for an injured Tom Brady in the 2001 AFC Championship game and decimated the Steelers secondary completing his first 4 passes including a touchdown that put the Patriots ahead 14 to 3.

The Steelers-Patriots 2017 regular season match up at Heinz Field gives Mike Tomlin and company a chance to flip that script.