In a move that will draw wild applause from large sectors of Steelers Nation, saw the Steelers fire Todd Haley, who has served as offensive coordinator since 2012. The NFL Network reported the news, and it has since been confirmed by the Tribune-Review and Pittsburgh Post Gazette.

News that Steelers offensive line coach Mike Munchak had withdrawn his name as a candidate to be the Arizona Cardinals head coach has led to speculation that Mike Munchak could be in line to be the offensive coordinator. However, Gerry Dulac of the Post-Gazette is insisting that Munchak very much remains in the running for the Arizona job:

Mike Munchak is a "serious" candidate to become head coach in Arizona, per NFL source.

At the very least, it seems that the sound and fury generated by Todd Haley’s departure from Pittsburgh will mirror his time in the Steel City. 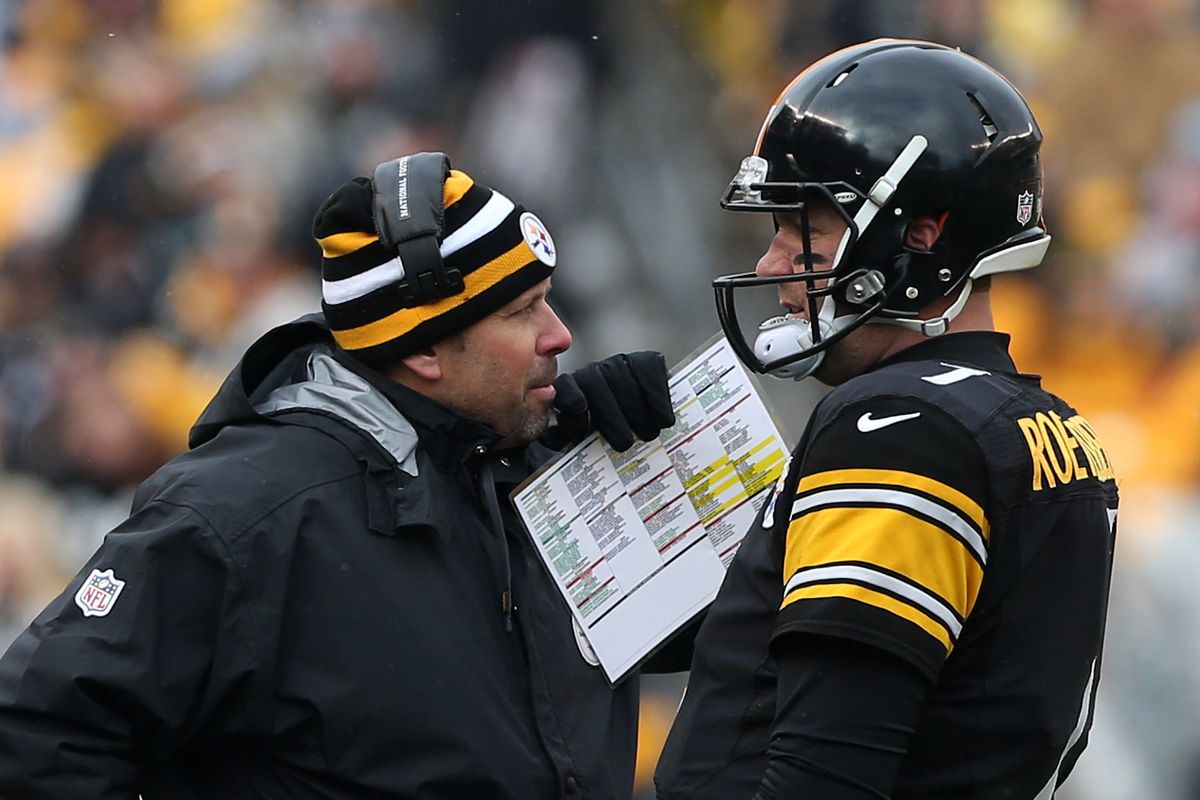 In the End, Its Almost Certainly about Haley and Ben

Todd Haley arrived in Pittsburgh after Art Rooney II pulled rank on Mike Tomlin, forcing him to fire Bruce Arians after the Steelers head coach had already announced Arians’ return. Although Arians had coached the Steelers to a title in Super Bowl XLIII, Arians refused to push Ben Roethlisberger to alter his game, and management was concerned for the signal caller’s health.

The relationship between Ben Roethlisberger and Todd Haley did not start well, by a source no less authoritative than Bob Labriola, and even if only half of the reports are correct, always remained tense.

Indeed, if reports are correct, the Mike Tomlin moved quarterback’s coach Randy Fichtner to the sidelines in the middle of the season a Ben Roethlisberger’s request to provide a buffer between him and Haley, and Roethlisberger’s play improved accordingly.

Yet, for all the tension, numbers reveal that Todd Haley succeeded in designing an offense which allowed Ben Roethlisberger to be himself, while not getting himself killed.

The numbers above only go through the 2015 season, but the trends have largely sustained themselves since then.

In all fairness, under Todd Haley, Ben Roethlisberger has benefited from superior talent at running back and wide receiver in the from of Le’Veon Bell Antonio Brown, Martavis Bryant, JuJu Smith-Schuster (no offense to Hines Ward, Willie Parker and the aging Jerome Bettis.)

Nonetheless, fancy statistics do not win football games let alone championships. Stories of Ben and Haley not being on the same page, of Roethlisberger needlessly burning time outs because he didn’t understand or agree with the play call, were staples of the Haley era.

Undoubtedly, keeping Ben Roethlisberger happy is also fueling this move. A year ago Roethlisberger openly mused about retirement, and Ed Bouchette reported that this talk was likely prompted by an acrimonious exchange with Todd Haley following the AFC Championship loss to New England.