I want to thank Coach (Mike) Tomlin and Art Rooney II for giving me this opportunity to be the offensive coordinator for this organization. We have a tremendous roster, and it will be my charge to continue putting our offensive players in position to succeed and score points. We have the nucleus to be successful, and I am thrilled about the chance to lead the offense as we have already started preparing for the 2018 season.

Randy Fichtner joined the Steelers in 2007 as part of Mike Tomlin’s initial coaching staff, where he replaced Bruce Arians as wide receivers coach. 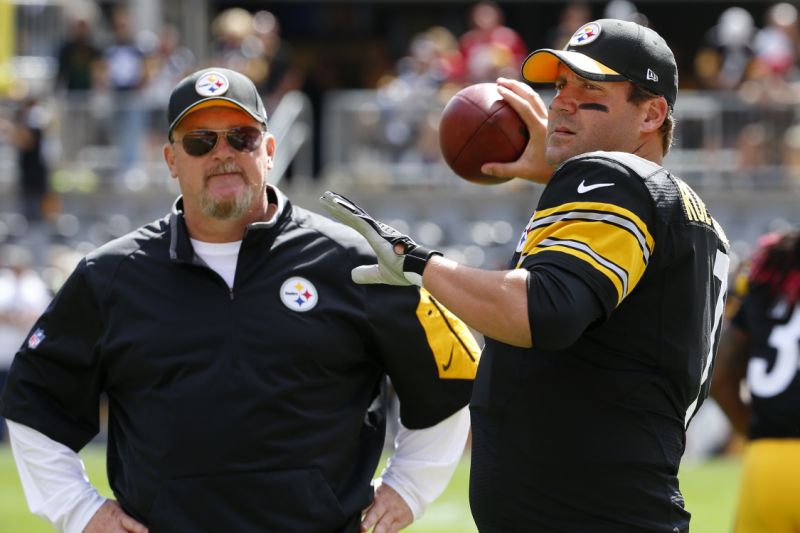 Randy Fitchner Finally Gets “His Turn”

In 2009, where a Super Bowl hangover led to an inconsistent start and a 5 game losing streak, the Steelers front office pressured Mike Tomlin to fire Bruce Arians as offense coordinator. Tomlin resisted, yet he did move Randy Fitchner from wide receivers coach to quarterbacks coach.

While Arians only lasted two more seasons as Steelers offensive coordinator, Randy Fitchner didn’t replace him. In fact, if reports are true, he wasn’t even Mike Tomlin’s first choice, which would have been running backs coach Kirby Wilson, who was unable to take the job due to burns suffered in a fire.

Randy Fichtner kept a low profile as Steelers quarterbacks coach, working in the booth on game day and rarely making statements to the press, save for the 2013 NFL Draft when Fichtner spoke following the decision to draft Landry Jones.

However, in the middle of the 2017 season, new and strange face was seen talking to Ben Roethlisberger on the sidelines during games. That was Randy Fichtner, who if reports are correct, had been brought down from the booth to serve as a “buffer” between Roethlisberger and Haley.

By promoting Randy Fichtner, Mike Tomlin has created another vacancy on his staff as he now need a new quarterbacks coach and new receivers coach. Both Byron Leftwich and Charlie Batch have been mentioned as possible quarterbacks coaches, while Hines Ward and Daniel M. Rooney, the son of Art Rooney II, have been suggested as wide receiving coaching candidates.

Earlier this week the Steelers announced that cornerback Mike Hilton tight end Xavier Grimble and long-snapper Kameron Canaday, all exclusive rights free agents, have signed one year contracts to return to the team.