Taken from the grade book of a teacher who saw his star pupil test out of the first round of exams, arrive early on test day, only to forget to the the home portion! Here is the Pittsburgh Steelers Report Card for the Mike Tomlin’s 2nd Playoff Loss to the Jacksonville Jaguars. 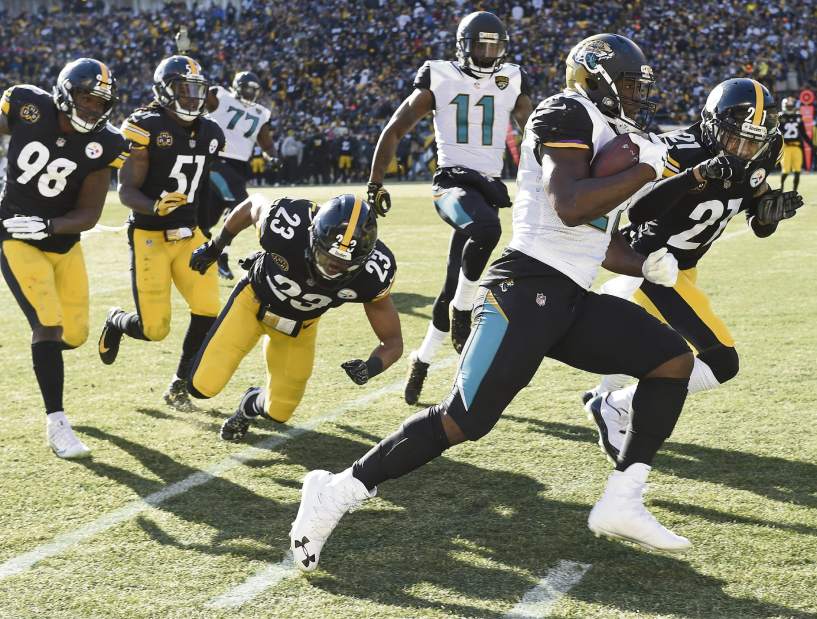 Quarterback
Ben Roethlisberger reads 37-58-5-1for 469, which is a Fantasy Owner’s wet dream. And to be honest, Ben Roethlisberger’s performance against the Jaguars was strong by any conventional measure. Ben Roethlisberger made some incredible throws. But in this case, his grade must go beyond those numbers and recognize that he committed two turnovers, which were detrimental difference makers. Grade: C-

Running Backs
Le’Veon Bell never got a chance to take over this game the way some thought he might, largely because the Steelers were down by two touchdowns before they knew what hit them. Nonetheless, Bell ran for 67 yards and caught balls for another 88. There are LOTS of fingers to point after this loss, but none of those should aim at Le’Veon Bell. Grade: B+

Tight Ends
Vance McDonald was the Steelers 2nd leading receiver catching 10 passes for 112 yards (and replays show that he probably couldn’t have caught the ball that was intercepted.) Jesse James had one catch for 12 yards. Grade: B

Wide Receivers
Steelers fans should appreciate just how good they have it in Antonio Brown. The man is the best in the game, bar none. Having come up with several critical catches, including both touchdown grabs. Martavis Bryant caught a long touchdown pass to end the first half, and it was welcome to see him as a downfield weapon. JuJu Smith-Schuster had a quite game in his playoff debut, making only 3 catches. Grade: B+ 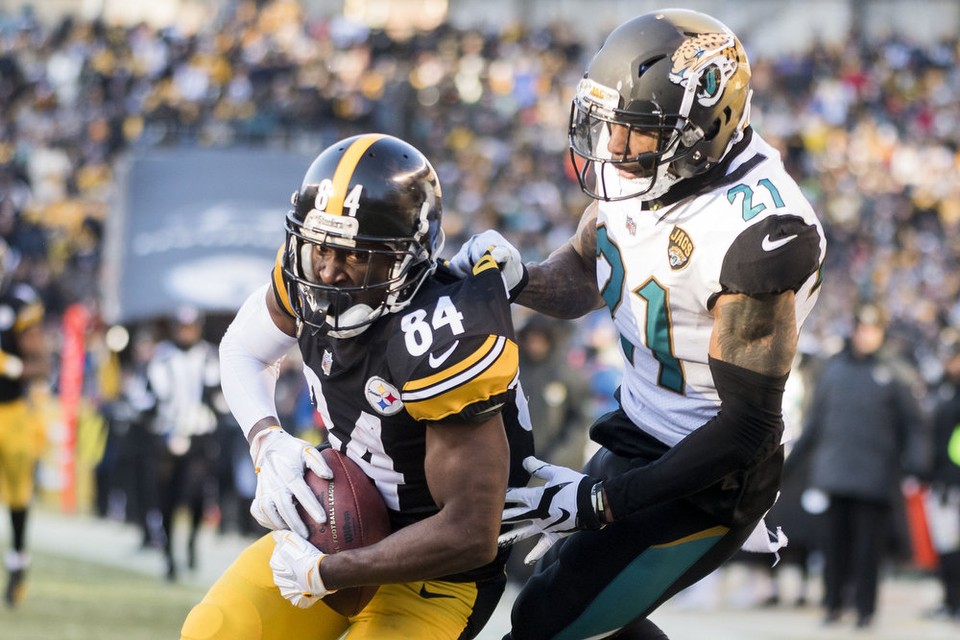 Offensive Line
The Jacksonville Jaguars sacked Ben Roethlisberger twice, including a key strip sack that put the Steelers right back in the 14 point hole they’d dug. Jaguar defenders also hit the Steelers signal caller 7 times. Roethilsberger’s stats suggest he shrugged it off, but imagine if he’d been just a little less hurried on those throws. The line also failed to open running lanes when establishing the run would have made a difference for the Steelers. And the line failed on the 4th down pitch. Grade: D

Defensive Line
The Steelers, by their own admission, have deployed Cam Heyward and Stephon Tuitt differently since Keith Butler arrived. The idea was to sacrifice a little run stuffing to get more pressure on the QB. Against the Jaguars, the Steelers got the sacrifice part right, but where was the pressure on Blake Bortles? As for the run defense, it was non-existent when it counted. Grade: F 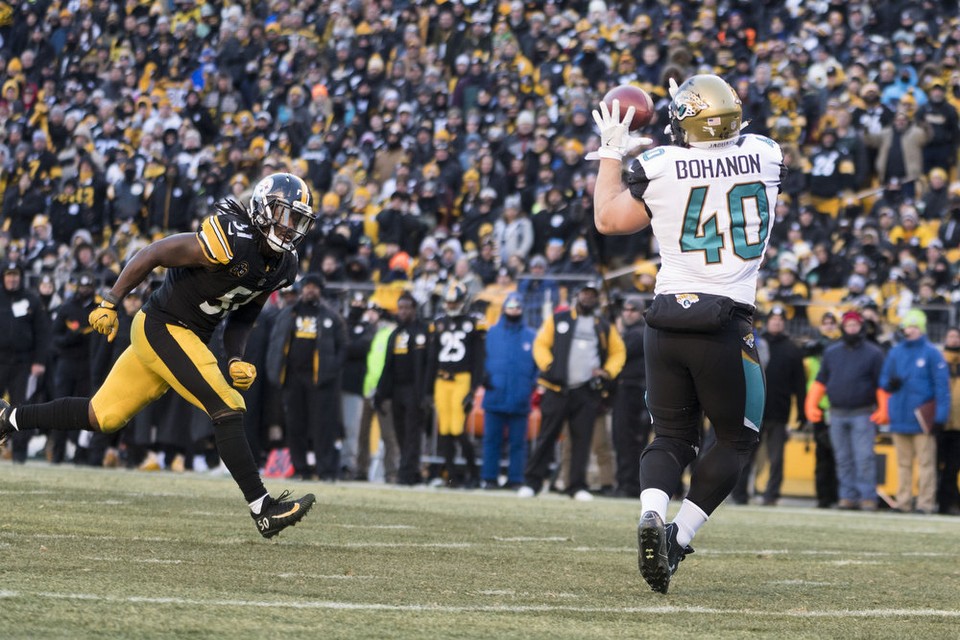 Linebackers
OK. Ryan Shazier was not only head and shoulders above the rest, but he also made everyone else look better. Fine. But can ANY linebacker step up and make a play. Against the run? Against the pass? In the middle of the field? Or ANYWHERE else? Vince Williams led the unit in tackles, despite leaving the game for a time. T.J. Watt did hit Bortles twice, but was largely ineffective. Bud Dupree had 4 tackles, while Sean Spence had 5 – none of any consequence. The Steelers linebackers were terrible. Grade: F

Secondary
With the run defense failing up front, if there was ever a day to stop the Jaguars in third down, it was at Heinz on Sunday. Yet, Jacksonville went 8-14 on third down, and while Blake Bortles was a consummate “Game Manager,” he did hit the Steelers deep a few times. The situation screamed for Artie Burns, Sean Davis or Joe Haden to make a play. They didn’t. But at least they didn’t go to the Jaguars locker room and try to call them out before the game, as Mike Mitchell did. Inexcusable. Grade: F

Special Teams
Chris Boswell was perfect on PAT’s. Kick coverage was strong, and the Steelers actually got a 29 yard return out of Fitzgerald Toussaint. The Steelers special teams set up the offense to take control of the game when Robert Golden partially blocked a punt. Alas, the offense failed to capitalize.

While all those were positives for the special teams, Steelers failed at their 15th consecutive on sides kick recovery. While those are by definition low percentage plays, the Steelers absolutely needed that one and they didn’t get it. That result brings the grade down. Grade: C-

Coaching
Let’s get the elephant out of the room right away, this is probably the only site in Steelers Nation that’s not up in arms over the fourth down pitch that failed so miserably.

And the pitches to the outside hadn’t worked prior to that. But, if properly executed, it could have plausibly gotten the yardage and perhaps even sprung Bell lose. But the Steelers execution was piss poor. That’s not to let Todd Haley (who might be gone anyway) off the hook. 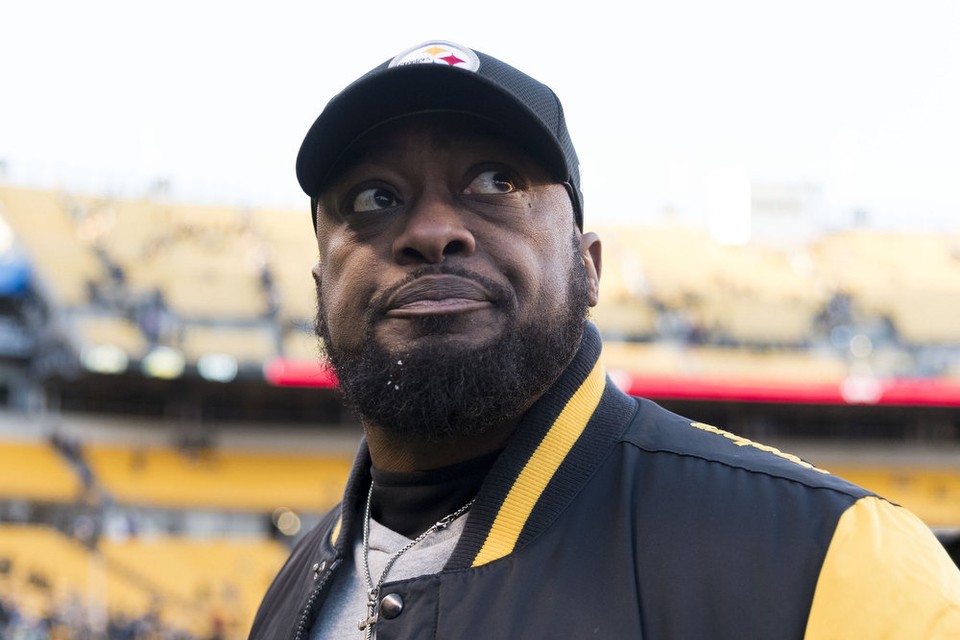 Still, had you told any Vegas book maker that you knew the Steelers were going to score 42 points, he’d have predicted a big Pittsburgh win.

That’s a damming observation, and one that extends equally to Mike Tomlin. It wasn’t Tomlin or Butler who were missing those tackles, taking bad angles, or failing to fill gaps. But it’s their job to ensure that the players are in position to execute and they failed miserably at that on defense.

It says here that the Steelers weren’t “looking past the Jaguars,” and it also says here that Mike Tomlin isn’t at fault for the turnovers, which were killers.

While the Jacksonville Jaguars are a good team, position-by-position, the Pittsburgh Steelers are a more talented team. But the score board fails to reflect that, and that’s Mike Tomlin’s fault. Grade: F

Unsung Hero Award
Early in the game it took the Steelers time to get their offense going. But one player who was on the mark from the very get go was Eli Rogers, who caught 4 of 5 passes that were thrown his way, and was a critical element to getting the offense moving when everything else was going wrong and for that Eli Rogers wins the Unsung Hero Award.