In the nearly two months since Steelers inside linebacker Ryan Shazier was lost for the rest of the 2017 season with a spinal injury in a Monday night game against the Cincinnati Bengals on December 4, the well-wishes and prayers for his recovery have been coming his way non-stop.

The spinal injury Tyan Shazier suffered didn’t just put him in a precarious spot from a football perspective, as so many spinal/neck injuries do, it left him paralyzed from the waist down, a condition that’s persisted to this day and one that, hopefully, is temporary. 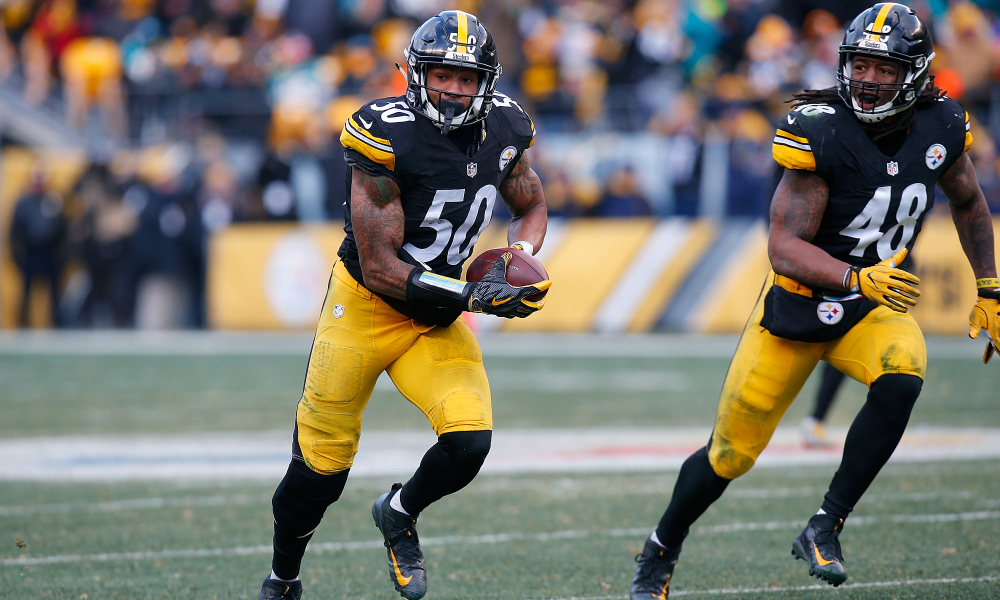 However, amid all the well-wishes and prayers for Ryan Shazier to soon leave his wheelchair behind, the one thing people are almost afraid to hope for is his ability to play football again.

Just try and have a conversation with anyone about Ryan Shazier’s health, and if you even mention how much you’d love to see him back in a Steelers uniform, the predictable response you get from the other person is, “I just hope he can walk again, that’s the most important thing.”

It was apparently even taboo for football experts, such as MMQB’s Peter King, perhaps the most prominent NFL writer around, to talk about the football ramifications of Ryan Shazier’s absence from the Steelers defense down the stretch of the 2017 campaign, as he seemed almost apologetic when discussing it during his local radio appearances or in one of his columns.

Ryan Shazier meant a lot to the Steelers 2017 defense, so much so, in-fact, the chances of them finding another player who will possess his rare combination of speed and explosiveness seem pretty slim–at least in the immediate future.

Let me ask you this–and I don’t mean for this to sound flippant in any way–but if Ryan Shazier plays football for the Pittsburgh Steelers again, wouldn’t that pretty much take care of the walking part of the equation?

I ask that rhetorically, because it obviously would.

Does that really make me seem selfish? Maybe it does, but selfish for good reasons. Why wouldn’t I want Ryan Shazier to recover to such an extent he’s an All-Pro caliber inside linebacker again?

And while you’re busy feeling guilty or calling me selfish, you should probably know that Ryan Shazier, himself, is also dreaming of more than just being able to walk again.

Before games, it was common for Ryan Shazier to warm up shirtless–regardless of the temperature, which was often quite cold. If that wasn’t an indication of absolute passion, I don’t know what is.

The way Ryan Shazier roamed from sideline to sideline with such zest and zeal on just about every play, you don’t do that if you’re not living your dream, your calling in life.

At this point what’s the most likely scenario that sees Ryan Shazier setting foot on a football field again? Suiting up and running through the tunnel wearing number 50? Or coming out for some special tribute to his far-too short career with the Steelers? Sadly, that latter scenario is the one we’ll most likely see.

Do I want this because it will make the Pittsburgh Steelers a better football team? Absolutely.

But I also want it for Ryan Shazier, because I know he’s hoping and praying for the same thing.