The dust from the Pittsburgh’s 2017 season still hasn’t settled on the South Side as Carnell Lake resigns as Steelers defensive backs coach. The Steelers announced the news on their website, with the following statement from Lake:

I have decided to return to California to be able to be a part of my youngest son’s last year of high school football.
I want to thank Mr. Art Rooney II and the Rooney family, Coach Mike Tomlin, Kevin Colbert, the coaching staffs I have worked with throughout my time in Pittsburgh, and the entire Steelers organization. It has been a privilege and honor to play and coach for the Pittsburgh Steelers. I also want to thank all of the players I have coached during my seven years with the team – it truly was an honor to work with them. Finally, I would like to thank Steelers fans for their support and for being the best fans in the NFL during both my time as a player and coach.

Carnell Lake joined the Mike Tomlin’s staff in the spring of 2011 shortly after Super Bowl XLV, as he replaced Ray Horton who headed to Pittsburgh West aka the Arizona Cardinals to take over as their defensive coordinator. 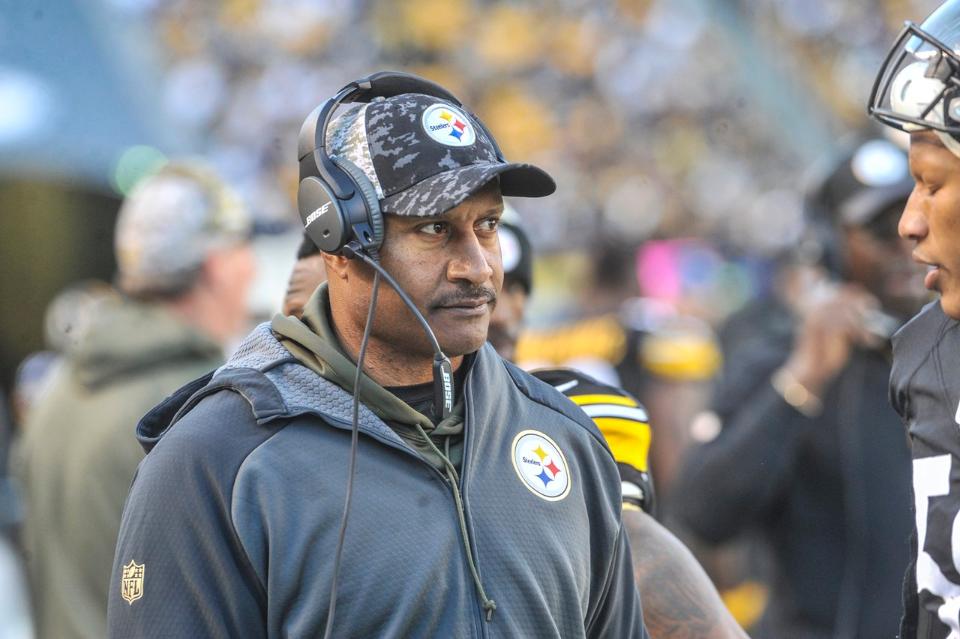 Lake’s return to Pittsburgh made him the first of several former Steelers players to join Mike Tomlin’s staff. The Steelers drafted Carnell Lake in the 2nd round of the 1989 NFL Draft, and converted a then linebacker into a strong safety. Lake not only won the starting job as a rookie, a rarity in a Chuck Noll coached defense, but pushed 1988’s starter Cornell Gowdy off of the roster.

Like Donnie Shell before him and Troy Polamalu after him, Carnell Lake became a fixture at the back of the secondary for the better part of a decade, including moving to cornerback twice in the Steelers 1995 and 1997 seasons.

If Carnell Lake’s contributions as a player are unquestionable positive, the same can not be said of his coaching tenure.

What of the Lake Effect?

When Carnell Lake arrived in Pittsburgh, cornerback was seen as an overwhelming liability, with Ike Taylor the only consistent performer while William Gay and Keenan Lewis were regarded as disappointments.

Lake in fact, had made a point to take Keenan Lewis under his wing after much of the rest of the Steelers coaching staff had given up on him, per Rebecca Rollet’s reporting. Blogger Ivan Cole dubbed this as “The Lake Effect.”

Cortez Allen flashed a little in his first year as a starter in 2013, but remained inconsistent. In 2014 Allen got demoted, benched, and ultimately banished to IR. His 2015 campain consisted of a few snaps. Injuries were a factor, but Allen’s fizzout was never fully explained.

And while it doesn’t get talked about as often, Steelers were attempting to groom Ryan Mundy for a more prominent role as a safety when Lake arrived, and that grooming continued until early in 2012 when Mundy got benched in favor of Will Allen, and the Steelers defense improved accordingly. Finally, Lake also spoke glowingly of Antwan Blake, a corner who perhaps wasn’t bad as a waiver wire pickup, but clearly never developed into starter material.

Juding a position coach soley on the development of his players isn’t quite fair. Dick Hoak was a fine running backs coach, but Franco Harris and Jerome Bettis probably didn’t need Hoak to get them to the Hall of Fame. Mike Whipple, Ken Anderson and Randy Fichtner have helped Ben Roethlisberger, but Ben supplied the raw materials to start with.

Given the fact that Art Rooney II still hasn’t address the Pittsburgh press following the 2017 season, one can only suspect that Carnell Lake’s sudden resignation isn’t entirely voluntary, especially because Mike Tomlin had told Keith Butler and the rest of his defensive staff that they’d be returning.